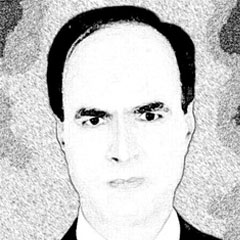 Reliably learnt that the Punjab Government has utterly failed to achieve its target of recovery of Rs.1.25 billion under Head ‘Income from State Land’ during the fiscal year 2019-2020. The Board of Revenue, Punjab, through its revenue machinery i.e. Deputy Commissioners of the Districts – supervised by the Divisional Commissioners, has not been able to achieve the target but recovered only 44 crores with a deficiency of Rs. 81 crores to touch the desired goal. This is very pathetic and sad state of affairs which a prudent man could not expect from the revenue or administrative machinery of Punjab having all the legal backings to deal with.
Before tracing the causes of this big failure, it is imperative to highlight the sources of income and the recovery processes with impediments. Media sources say that Rs.1.25 billion was to be fetched from the reported state land i.e.  39 lac acres of land in the Punjab Province. In this perspective, there is no denying the fact that no authentic figures of state land are available either in the Board of Revenue or at the Divisional/District offices and, as such, this figure might be hypothetical one. Despite the fact that the Punjab Land Record Authority has taken over many roles from the BOR, the cadastral of lands are not updated and same is the case with state land’s status. There is no single platform which we can call a land registry coupled with modern financial tools to know, with exactitude, how much to be accrued from the state lands. Amongst other factors, a major chunk of land is under illicit cultivation and the encroachers, under the shadow of revenue field staff and inexperienced Tehsil Officers, are deriving undue benefits without paying a single penny to the Government, in the shape of produce or returns from confiscated crops with imposition of penalties (TAWAN) under the relevant provisions of Colonization of Government Lands Act, 1912. Similarly, the state lands, if vacated with the blessing of Anti-Corruption Establishment, are left abandoned in the hands of Superdars, the Lambardars or influential persons of the respective area. Once the formality is over, the Superdars are always reluctant to deposit the income so received from the matured crops and, if pressed, they deposit only thousands instead of lacs, of course, in connivance with the revenue field staff. There appears no check or monitoring mechanism devised by the DCs/District Collectors and, truly speaking, the entire revenue work is left at the mercy of the Addl. Deputy Commissioners (Revenue), irrespective of the fact that the Board of Revenue had imposed restrictions as to the cases to be dealt with by the ADC (Revenue). In big districts, however, the District Collectors were authorized to transfer some other revenue cases to the ADCs (Revenue). But the situation on-ground is so abysmal that the District Collectors are keeping themselves away from the revenue judicial cases for which they are defined to be the ‘Collectors of the District’. They are so oblivious of the revenue matters which is normally considered to be an exclusive domain of the ADCs (Revenue). Most of the Collector are undoubtedly graduates from prestigious Universities whereby they lobby for evidence-based planning but when it comes to land matters, they just rely on centuries old system and leave affairs in the hands of their less-trained adjutants who are mostly untrained in understand the political economy of the rural set-up.  The important fact always neglected by the Board of Revenue or the District revenue administration is that there exists no computerized system or even an upto date manual record about the allotment of state lands under various Schemes promulgated in the past years. Neither the lagan (rent) + surcharge nor the price of lands determined at the time of grant of proprietary rights – which comes huge amounts in each case – is recovered regularly. More so, there is no record/ledgers to ascertain the exact amounts outstanding against the grantees. Non-maintenance of such important record of valuable rights including heavy amounts leaves much to be desired. It would be an adding fact that thousands of such cases are pending with the DCs or ADCs (Revenue) but these are decided on whimsical and pick-n-choose basis. Same also applies to the Courts at Divisional and Provincial level. Surely, if all these cases are decided expeditiously, billions of rupees would automatically go to the Govt. exchequer. Attention is also invited to the cases where the proprietary rights stood already granted, non-deposit of the determined prices led to breach of conditions and, resultantly, their allotments were liable to cancellation under the Colonization of Government of Lands Act, 1912 and the lands could be resumed in favor of the State. The basic functions of the District Collectors and the Divisional Commissioners in the revenue set-up are the maintenance of revenue record and the collection of revenue for which they also derive powers from the Land Revenue Act, 1967 but both these specific functions seem to have been neglected altogether. If serious efforts are made to updating the record of State land, there is every likelihood that the Provincial Governments would go beyond their targets for which a strong will is essentially required.

There is no single platform which we can call a land registry coupled with modern financial tools to know, with exactitude, how much to be accrued from the state lands

Having discussed a few and not all the salient features, one can only expect that the Officers at the helm of affairs would pay special attention to the loopholes, devise a systematic plan – free from stigmas – to handle the State Lands and its monitoring strategy with special focus to the income to be generated from such lands. This could happen only when all the record of State lands, including that of evacuee lands, is documented with due care and attention. Above all, the DC/District Collectors must be apprised of their basic responsibilities and act as the real ‘guardians of state land’. No doubt, the long-aged revenue system has been intermingled with the establishment of Punjab Land Records Authority, but the time has now come that both the Agencies should work together with an intent to gain fruitful results and, more so, to make available an updated authentic revenue record. The Board of Revenue should responsibly play its role to revisit the revenue system and devise an effective recovery mechanism. The Finance Ministry and the Chief Minister Punjab’s office should also help resolve this important issue so that the recovery targets could be achieved beyond their expectations.

Advocate High Court Can be reached at akrambhattee@gmail.com