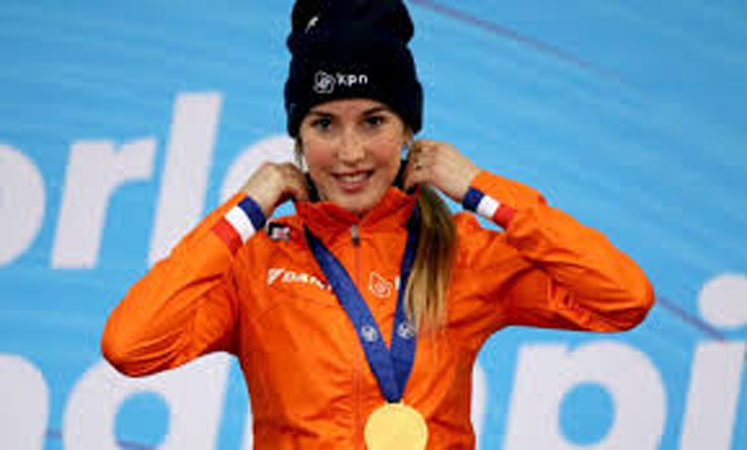 AMSTERDAM: Dutch short track speed skater Lara van Ruijven is in critical condition after being diagnosed with an autoimmune disorder and is showing no signs of recovery, the Royal Dutch Skating Federation (KNSB) said on Wednesday. The 27-year-old Olympic medallist was admitted to hospital in Perpignan, France last week after falling ill during a training camp but her health has since deteriorated. The KNSB said Van Ruijven’s condition has not improved after undergoing surgery twice and remains in intensive care. “Lara is currently fighting for her life,” Dutch short track coach Jeroen Otter said in a statement. “With incredible perseverance she has won the world title on the ice, but this battle is many times tougher. “We all sympathise with her and hope with all our heart that she will come out well.” Van Ruijven won the 500 metres world title at the championships in Sofia last year, and an Olympic bronze medal in the 3,000m relay at 2018 Pyeongchang Games.