Globally, since the outbreak of COVID-19, doctors, paramedics staff and law enforcement agencies have been playing a leading role, while serving humanity against the deadly virus. Their role was acknowledged and they were termed as ‘frontline heroes’ in the fight against the coronavirus. Amid pandemic, employees of the Punjab Food Authority are also taking risk of their lives in line of their duties for the provision of safe food to people and facing tough mental conditions. Adulteration has become a menace in our society which the PFA countered significantly. So they should also be regarded as frontline heroes who are also working in the fields even without proper protective gears. But, unfortunately these soldiers are being beaten by monsters and nobody gives a hoot. 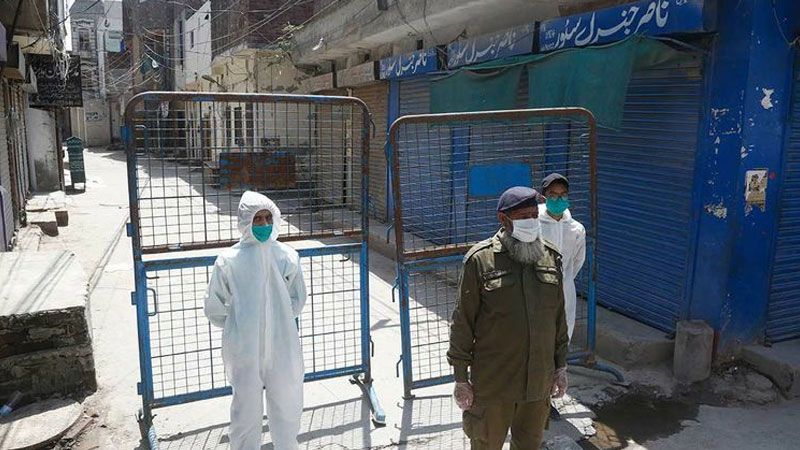 Few days ago, upon being fined, butchers got infuriated and attacked the PFA team with a dagger, and cleaver. Victims were seriously injured and they shifted to hospital. Pictures of this gruesome incident have become viral which scared everyone and created horror and panic among the employees of PFA. Assaults on PFA teams are taken as a matter of routine, which illustrates the feebleness of rule of law. This isn’t the first incident, before that many incidents of attacks and intimidations have occurred.

Amid the pandemic, young professionals are not serving because of salaries but solidarity and devotion with the state. So, why could not uphold their integrities? There is no doubt, in Pakistan the bureaucracy is inept, inefficient and unresponsive. Everybody who comes in contact with them has a story to tell. The PFA is not an exception. After this gruesome incident some employees protested, and refused to perform their duties without security. The big boss, however, suspended the staff who dared to protest. It is natural to be scared after this sort of dreadful incident but such adamant behavior towards young professionals depicts narcissism. Being the head of authority, it is his primary responsibility to make sure the protection of employees’ lives. Unfortunately, in the 21st century, the stern attitude of bureaucracy refreshes the colonial memories. For the promotions and limelight of the media, bureaucrats often push the lives of employees in danger. They just give orders like authoritarians and fanatic heads of the departments, without concerning the security of staff. To understand the solicitudes of field staff, Memon should conduct string operations against adulteration mafia without security in remote areas, after that he would be able to understand how much courage is required to confront the horde of hooligans. His apathy towards employees makes him an acquaintance of those butchers who attacked the PFA team in Bahawalpur. Additionally, he is a corrupt and nepotistic officer. In the infamous Ahad Cheema case, the National Accountability Bureau was also investigating him but suddenly stopped its investigations against him owing to some kind of settlement. He bestowed key posts to his relatives in the provincial food authority. Through his unsympathetic and debase acts seem like he has lost his credibility. So, how can a man serve as a head of authority, who does not give respect and protect the lives of young professionals. Concerned authorities should eliminate him from his post on an immediate basis, appoint a professional as PFA head and must conduct an independent inquiry on mishandling and malpractices in this department.

Amid the pandemic, young professionals are not serving because of salaries but solidarity and devotion with the state

Food professionals of authority have been performing credible work for the provision of safe and healthy food for years. As per PFA report 2019, around 5,000 food businesses were closed down and 28,000 food business operators (FBOs) were penalized. Meanwhile, medical screening tests of 60,000 food handlers had been conducted, 15,000 milk vehicles and 15,500 shops were inspected to check the adulteration and 400,000 litter tainted milk were disposed of and discarded 28,000 kg loose spices. Moreover, more than 26,000 food handlers had been trained.

Chief minister Usman Buzdar, provincial food minister and concerned state departments should consider the importance of this department. However, their continuous silence depicts amateurish governance. Why do they put a deaf ear on the groaning of frontline soldiers? Why does the government not do anything significant and cardinal in this regard? People are unable to understand what type of government it is which set mafias and mobsters free to do whatever they want. They are challenging the writ of the state and seem administration miserably failed to enforce the rule of law. State has to realize that this unconcern approach would discourage young educated professionals to do their duties with dedication.