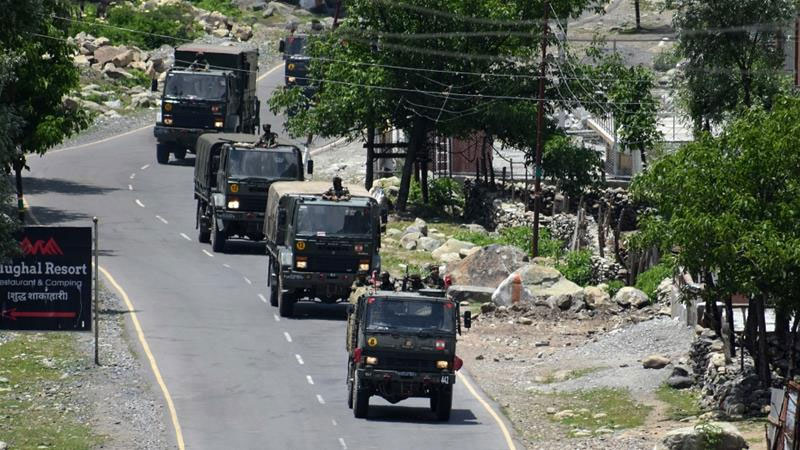 Chinese Defense Ministry Wednesday said the recent border clash between China and India was completely caused by the Indian side’s violation of consensus and unilateral provocation, and called for severe punishment to those who are accountable for the June 15 standoff.

“For the recent China-India border tensions, India should severely punish those who are accountable for the clash on the evening of June 15 and work with China together to maintain the peace in border region,” said Senior Colonel Wu Qian, a spokesperson for the Chinese Ministry of National Defense (MND) at a press conference. “For the current situation in the border region between the two countries, China has sovereignty over the Galwan Valley region and the Chinese border troops have been patrolling and on duty in this region for the last many years,” he said.

He pointed out that since April this year, the Indian border troops had begun to unilaterally build facilities along the Line of Actual Control (LAC) in the Galwan Valley region, regarding which China lodged multiple representations and oppositions for many times. “In the early morning of May 6, the Indian border troops trespassed into China’s territory, built fortification and barricades and impeded the patrol of Chinese border troops, in an attempt to unilaterally change the status quo of border control and management,” he narrated. “The Chinese border troops had been forced to take necessary responding measures and strengthen management and control in these areas,” he added.

With China’s vigorous push, the two sides agreed to hold bilateral communications through multiple channels. On June 6, the border troops of both countries held the first Corps Commander-level meeting and reached consensus on easing the situation through concrete measures.

“The Indian side promised that they will not cross the estuary of the Galwan river to patrol and build facilities, and the two sides will discuss and decide phased withdrawal of troops through the meetings between on-scene commanders,” the spokesperson said. “However, on the evening of June 15, India’s front-line troops, in violation of the agreement reached at the commander-level meeting, once again crossed the LAC for deliberate provocation, and even violently attacked the Chinese officers and soldiers who went there for negotiation, thus triggering fierce physical conflicts and causing casualties,” he added.

“In response to such a deliberate provocation, Chinese border troops took decisive countermeasures in self-defense, resolutely fought back against the violent acts of the Indian side, and effectively safeguarded China’s national sovereignty and territorial integrity,” Wu said. “India should bear the full responsibility for the incident that was solely and completely triggered by its breach of consensus and unilateral provocations,” he further said. “The Chinese side demands that India should severely punish those who should be held accountable, strictly discipline its frontline troops so as to ensure that such incidents do not happen again,” he added.

After the clash, China and India have stayed in close communications through military and diplomatic channels, Wu said. “Chinese Foreign Minister Wang Yi and Indian External Affairs Minister Dr S Jaishankar reached an agreement over a phone conservation to handle the clash justly and fairly and cool down the situation on the ground,” he went on to say. “The second commander-level meeting was held on June 22 where the two sides exchanged views on the management and control of border tensions and the maintenance of peace and stability in the border areas,” he added.

Regarding to the future border situation, Wu expressed that China and India are important neighbours. Maintaining a peaceful and tranquil border region is in the common interests of both sides and requires common efforts as well, he said. “We hope that India will work with China, follow faithfully the important consensus reached between the two leaders, abide by the agreements reached between the two governments, and properly handle relevant issues through dialogues and negotiations on various levels,” Wu said. “The two sides should make great efforts to jointly ease current border tensions and uphold peace and stability in these areas,” he added.