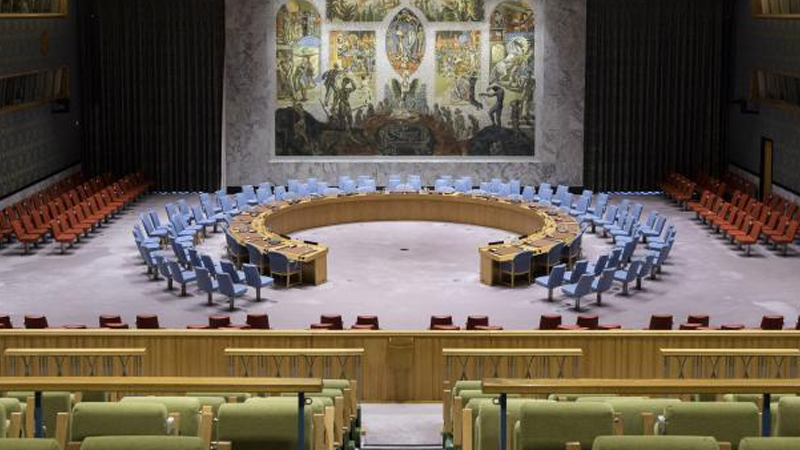 In a highly unexpected and shocking development, India has been elected as a non-permanent member of the United Nations Security Council for a period of two years. The development has raised many questions on the credibility of international forums and is also being seen as an alarming move by the peace loving nations.

India has fast become a threat to regional peace and stability as it has disputes with almost all its neighbours including Pakistan, China, Nepal and Bangladesh. The recent stand-off with China in Ladakh is a good example of it. An alarming rise of Hindutva-driven fascism and death of Indian secularism under fascist RSS regime has fast turned India into a totally unsafe country for minorities, especially Muslims. Islamophobia is continuously on rise in India and New Dehli riots, Gujarat riots and most recently labeling Tablighi Jaamat as ‘corona terrorists’ are enough to expose the mentality of the Hindu extremist nation.

Illegitimate occupation of Jammu and Kashmir by India in total violation of international obligations as well as UNSC resolutions and the brutal suppression of people of the occupied valley after lockdown imposed for last 10 months must be an eye-opener for the world. India sponsoring terrorism through RAW as well as anti-state elements in Pakistan is an open secret now, especially after the arrest of Indian Navy commander Kubhushan Jadhav in Balochistan.

Keeping all this in view, India’s election to non-permanent seat of the UN Security Council has raised a fundamental question as a country with the credential of being consistent violator of the Security Council’s resolutions on Jammu and Kashmir must be held accountable rather than being facilitated. New Delhi’s actions in occupied Jammu and Kashmir and beyond are a fundamental negation of the purposes and principles of the UN charter.

The UN Charter has entrusted the Security Council with the primary responsibility of maintaining international peace and security and it stipulates that in discharging this responsibility on behalf of the member states, the Security Council will act in accordance with the purposes and principles of the UN. Contrarily, India has always stood in flagrant violations of several resolutions of UNSC which prescribe UN-supervised plebiscites to enable people of Kashmir to exercise their fundamental right to self-determination. Rather than facilitating a country to become non-permanent member of the Security Council with such a credentials, New Delhi must be held accountable for its deeds and made to abide by UNSC resolutions.

It is regrettable that despite Covid-19 wreaking havoc across globe, India has not shown any flexibility in its persecution campaign in the occupied valley of Kashmir. The Hindutva mindset of the Indian government poses a grave threat to the regional peace and security and all regional countries are concerned over the policies of BJP government, which has also made SAARC forum dysfunctional. A discriminatory attitude is being meted out to Muslim population across India.

India’s gross and systemic violations of the human rights in Kashmir has been extensively documented by international human rights and humanitarian organizations as well as the Office of the Commissioner of Human Rights in their reports. The occupied valley of Kashmir has been turned into a large prison and India has persistently defied the requests to allow international monitors to the territory. While the world is grappled with the Covid-19 pandemic, India is busy unabashedly advancing the RSS-BJP inspired extremist Hindutva ideology with the perpetuated human rights violations against minorities in India, particularly the Muslims.

India’s actions are not compatible with the concept of peace as it is obsessed with success and power has absolute lack of empathy. Political part being in power, BJP’s Hindutva ideology is incongruous with rational behavior and US approach of using India as a counterpoise against China has given impetus to Indian jingoism. Besides, India is also an immature nuclear state and its immature approach mired by emotionalism is a perfect recipe for disaster for the region, which leave it unfit for the UNSC membership.

It is time for the UNSC to intervene and hold India accountable for its grave breaches of international humanitarian law and war crimes in occupied valley of Kashmir. The Security Council also needs to focus on the root causes of emerging and long-pending conflicts, including Kashmir and Palestine, and find inclusive political solutions.