Modern Israel is facing so many challenges in the heart of the Arab World. One of the challenges of modern Israel is not only to maintain its sovereignty, integrity and the security of its geographical borders but also the safety and security of its assets and citizens inside and outside Israel. Israel, perhaps the only democracy in the heart of the Middle East, which is still struggling for its own survival and using all diplomatic, military and intelligence sources for its own existence. 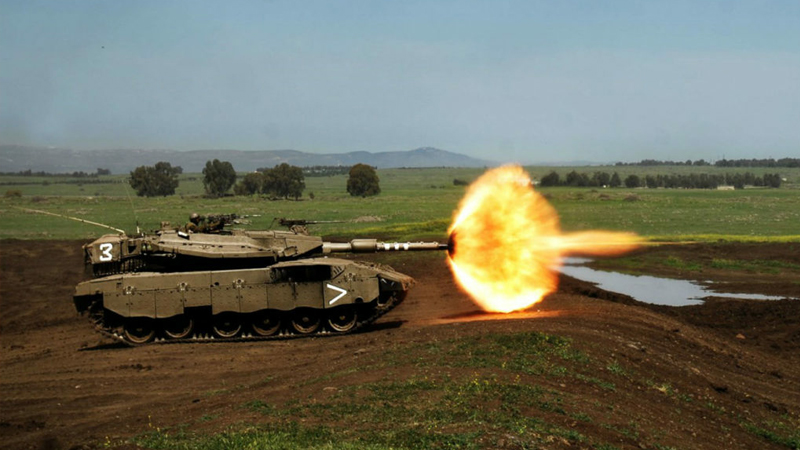 After the 1948, Arab-Israeli war Israel has extended its geographical borders. In the 1967 Arab Israeli war, Israel occupied the West Bank and Jerusalem from The kingdom of Jordan then Bolan heights from Syria and later Sinai Peninsula and Gaza strip from Egypt.

In the 1973 Yom Kippur war Egyptians gave a surprise blow to Israel and in the start of the war, Israel faced heavy casualties but later remained victorious on several fronts. After signing “Camp David Accord” Israel returned all the Egyptian territories which were occupied in the war of 1967 and 1973 and in return Egypt recognized Israel and the new era of diplomatic ties between Israel and Egypt had started. Later the Egyptian president Anwar Sadat visited Israel and addressed the Israeli parliament as well.

There are many reasons for the defeat of the Arabs against Israel. In the 1967 Arab Israeli war, the Egyptian media was broad casting fake news of its advancement on several fronts against Israel. This led to the various wrong tactical moves by Shah Hussein of Jordan and Hafiz-al-Assad of Syria which resulted in both the Syrian and Jordanian defeat almost on all the fronts.

Shah Hussein of Jordan lost almost half of its territories and could not defend the historic sites (Holy Places) occupied by his grandfather king Abdullah bin Hussein in the 1948 war. In the following years many Arab states started diplomatic ties with Israel.

President Nasser and King Hussein only prepared their emotional speeches during the war but there was only one nation fully prepared for the war and that was ISRAEL. The Israeli Preemptive strike completely destroyed the backbone of Egyptian air force. Throughout the war Israel has shown its air superiority on Arabs. The Lack of coordination between Arab armies was also one of the many causes of Arab defeat in the wars against Israel.

The “Pharos of the Arab world” was equally responsible for this humiliating defeat against Israel. These military dictators through military take over ended the monarchies in their own countries but in fact dreamed of their own dynasties which also came to an end after the Arab uprising or Arab spring.

Keeping in view this security dilemma, the Israeli defense analysts have evolved a policy of primitive strike or prompt attack against the various individuals, militia groups, armed groups or even started the hostilities against the independent and sovereign states that they consider the greatest threat for the sovereignty and integrity of Israel. Now the whole Israel is covered with the ballistic missile defense system.

After the 1972 Munich Massacre, then Israeli Prime Minister Golda mare met the families of the victims and assured them to take necessary and prompt actions against the culprits involved in the Munich massacre. Later she ordered for the “Operation Wrath of God” in which all the individuals involved in the Munich massacre were mysteriously killed by Mossad in different intelligence led operations all over the world.

In 1976 Israeli commandos led a successful military operation “Operation Thunderbolt” in Uganda and successfully saved all the Jewish hostages of Air France and killed all the terrorists on Entebbe Airport Uganda. This was perhaps one of the biggest commando operations in military history on the foreign soil controlled by the worst dictator Idée Amine

Then in 2007 Israel destroyed Syrian Nuclear Reactor in “Operation Orchard” The Nuclear Plant was under construction at that time with the assistance of North Korea.

Regardless of its very successful aggressive military strategies against its enemies, now it’s time for the Israeli government to initiate a talk with the Palestinian authority for the permanent and long lasting peace in the region. Israel must review its policies of the new Jewish settlements and the right of return to the Palestinians. Now there must be a true sense of realization in the Israeli leadership too, that there is no permanent military solution to the political disputes between Israeli and Palestine.

The long lasting political struggle of Palestinian leaders like Yasser Arafat, Mahmud Abbess, Al Hakeem, George Habash, and Hannan Ashravi etc, will always remain in the heart of the people of Palestine.

The Oslo Agreement of 1993 was really a great hope for the both nations. It was the success of PLO and Israel as well and for the first time PLO recognized Israel and Israel also recognized PLO as the sole representatives of the Palestinians.

Now for the permanent and long lasting peace in the region and for the sovereignty and integrity of its own geographical borders, Israel must negotiate with Palestinian authority. The Oslo agreement of 1993 could be the basis for the future negotiations between Israel and Palestinian authority.

Now it’s time for the Pakistani security establishment to review its foreign policy choices in the Middle East, keeping in view our supreme national interest and without compromising our position on the long standing issue of Palestine.

Now it’s also a time for the UNO and other international organizations to put pressure on both India and Israel to find out the political solutions of long standing issues of Kashmir and Palestine. Any Military adventure in South Asia and in the Middle East will further destabilize both regions.

Keeping in view the current crisis in the middle East one cannot even dream for the future possibilities of Pakistani’s to visit our third sacred place “Kibla -Awal” (Al-Aqsa Mosque) and the birth place of Jesus Christ in Jerusalem, the land of all the Abrahamic religions.