From its very birth, Pakistan has been facing perpetual threats to its independence and territorial integrity from its Eastern neighbour. In earlier years, Pakistan joined the US sponsored SouthEast Asia Treaty Organization (SEATO) and Central Treaty Organization (CENTO) to meet its security needs. Afterwards, we even shared our air bases with the US military. In 1965, when India launched a massive armed attack against Pakistan and we tried to invoke the above treaties, we were told that these treaties were only meant to stop aggression from the communist regimes. Anyhow, we got no help. In the bargain, what we earned was the Russian enmity. 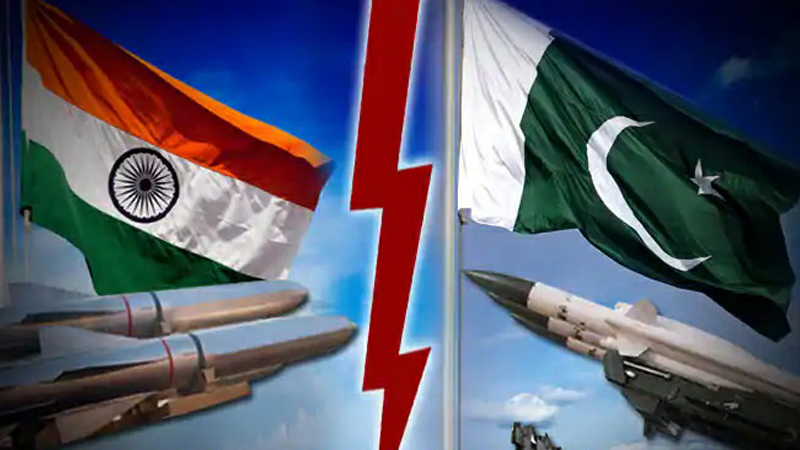 Currently, in the presence of a rabid right-wing fanatics and genocidal regime in India and because of our principled stand against brutal repression in the Indian Occupied Kashmir (IOK), we are living with a serious threat to our territorial integrity, especially to Azad Kashmir. We should be in no doubt, that India, at any time, will find an excuse to launch a false flag operation across the Line of Control (LoC). We should also be in no doubt that the Indian Prime Minister Narendra Modi will not hesitate to eliminate a very large population of Muslim Kashmiri youths to strengthen his hold on IOK. Indian opposition, however, has condemned time and again the undeclared state of emergency and unlawful detention of Kashmiri leaders. To conquer Azad Kashmir now remains a priority with the current Indian regime.

Will the Indian Congress party, if it comes to power, extend a hand of friendship towards Pakistan and be prepared to negotiate on Kashmir? We should not be under any such illusion. All three wars (1948, 1965 and 1971) between India and Pakistan were fought when the Congress was in power. We lost East Pakistan when the Congress was ruling India. However, the congress party may be less demented due to its democratic posture.

National unity and discipline are basic elements, which are needed to cope with external and internal threats to a nation’s security and strength. In Pakistan’s case, these elements do not match with those of our sworn adversary. Modi with his genocidal ideology is hell-bent on becoming a dominant power in South Asia overtaking China. In this mad race, India is supported by its cohorts in the US. Modi-led India is arming itself to take down China before the latter becomes a number one global power. In this endeavour, the US will continue to build India’s military and economic strength to achieve its aim against China and the China-Pakistan Economic Corridor (CPEC). In the prevailing situation, Pakistan cannot afford to lower its guard.

In the event of any ground or air attack, Pakistan, by remaining in a smart defensive posture, can ward off any attempt to challenge its territorial integrity and give a befitting response to the aggressor. In these sectors, the military balance between India and Pakistan is 2:1. Currently, we also enjoy better technology of our military hardware. But, with due apology, there is a tactical and strategic unbalance between the two navies. According to the International Institute of Strategic Studies, India has an aircraft carrier, 16 submarines, 14 destroyers, 13 frigates, 106 patrol/combat vessels and 275 helicopters. Pakistan, on the contrary, has 8 submarines, 9 frigates, 17 patrol/combat vessels, 8 combat aircraft, 115 helicopters and perhaps one destroyer. Unless we reduce the unbalance, the history of 1971 war may repeat itself when the Pakistan Navy proved to be an ‘Achilles heel’. To keep sea lanes open, defend the ports and coastal belt, a strong naval force is crucial. Addressing officers and ranks of the Pakistan Navy on January 23, 1948, the Quaid-i-Azam Mohammad Ali Jinnah said:

“Pakistan must be prepared for all eventualities and dangers. The weak and defenceless in this imperfect world invite aggression from others. The best way we can serve the cause of peace is by removing the temptation from the path of those who think that we are weak and therefore they can bully or attack us.”

Pakistan cannot afford to lower its guard against the hovering threats. India is enhancing its military prowess at a very rapid pace

In any future war, both the countries will resort to intense missile launch against each other. India has 9 types of missiles with Agni 3 having a range of 5,000 km while Pakistan has a set of short and medium range missiles with Shaheen 2 having a range of 2,000 km. Here, Pakistan enjoys a technological edge. Nuclearization of any large-scale conflict would be most unlikely. But, in an extremely critical situation, threatening our independence and territorial integrity, Pakistan might be compelled to deploy missile and artillery platforms to use tactical nuclear weapons.

The Afghanistan factor remains a cause for concern. Despite best efforts of our successive governments, we haven’t been able to break the nexus between NDS, the Afghan intelligence agency and the Indian RAW. At one time, we could bank on Iran and Afghanistan for “strategic depth” in case of any major threat coming from the East. Another setback for us is the role of OIC, which is a toothless organization. Oil-rich countries of the Middle East remain indifferent to the plight of Kashmiris and the serious threats that Pakistan is faced with from its adversary, India. These countries remain American ‘toadies’. Ashraf Jehangir Qazi, a former Pakistani diplomat who had served in US, China, India and many other countries, once said:

It may be added that India has also been ably assisted by these countries against the aspirations of Pakistani and Kashmiri people.

The Indian goal remains to capture Azad Kashmir which would mean an all-out war between Pakistan and India. What then is the future outlook? In any serious conflict with India, we can bank on Chinese support in world forums, but she will not get directly involved in any such war. Similarly, we should not expect any support from the oil-rich Muslim counties.

In such an eventuality, what should be Pakistan’s strategy? Pakistan cannot afford to lower its guard against the hovering threats. India is enhancing its military prowess at a very rapid pace. Its defence budget for 2020-2021 is US $65.86 billion while Pakistan’s defence budget is about 20 percent of this amount. There is a colossal difference between the two. India has ambitious plans to strengthen and modernize its military capabilities. The US would be more than willing to boost this strength to contain China. Why Pakistan’s military has frozen its defence budget is beyond comprehension. We are doing so at our peril. Pakistan must allocate more resources to boost its naval capability and capacity of the striking formations.