Fuel crisis: Can government be absolved from the blame?

Wheat crisis, sugar crisis and now, fuel crisis. One thing common in all is PTI government’s handling of the crises. 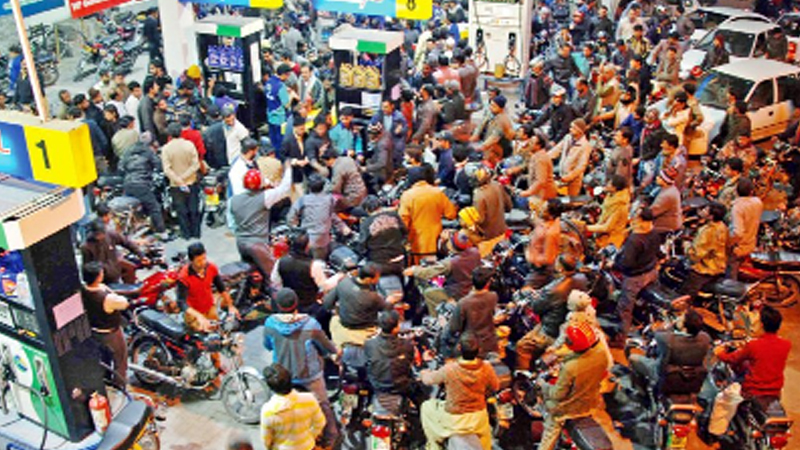 It all begins with the government’s inaction as a crisis develops; followed by labelling a certain group as mafia and a half-hearted investigation that meets no conclusion. The crisis remains an issue until it is overshadowed by a bigger issue. Neither the government-identified mafia nor the inefficient government authorities face any accountability. At loss, in each crisis, are only the people – the consumers.

Reduction in fuel prices in Pakistan came as global oil prices slumped. But the keenly priced oil products – the cheapest in South Asia as the Prime Minister boasts – became as rare as the hen’s teeth. There have been vast queues at the pump stations for the past two weeks to get the “inexpensive” and “unavailable” fuel.

Pakistan meets 70 per cent of its energy demand through imports. The share of oil and petroleum products in country’s imports contracted to one-fifth in March 2020 after reservoirs were filled to the capacity and the federal government placed a ban on the import, as the demand dropped significantly under the nationwide lockdown to contain the COVID spread.

Oil marketing companies (OMCs) were directed to enhance their logistic movement across the country. At their disregard for the directives of maintaining the requisite oil stocks resulting in a fragile supply chain, Oil and Gas Regulatory Authority (OGRA) took no adequate action.

Against the mandatory stocks of 21-days oil reserves that OMCs are legally bound to maintain, the country was left with meagre petrol reserves. The crisis intensified by the beginning of June as countrywide stocks decreased, but according to the petroleum division, the imports were lined up.

Interestingly, while most of the oil-importing states have availed the opportunity arising from the oil crisis by beefing up their strategic oil reserves, Pakistan, despite being heavily reliant on oil, is rather faced with fuel shortages owing to its mismanagement. As admitted by the government, this is an “artificial shortage” in the country produced and managed by the OMCs.

In his policy statement at the floor of the national assembly, minister for petroleum, Omar Ayub, said the government was fighting a war against “unknown mafia” and shortage of petrol was an outcome of this war.

Another minister, Faisal Vawda, went on to claim on a TV show that it was due to the unprecedented discount on oil given by the Prime Minister that a strong mafia had created the artificial petrol shortage; conveniently missing out on the drastic drop in global oil prices and government’s failure in making the OMCs comply.

Concomitantly as the government geared up to shift the entire blame on whom it labelled as “unknown mafia,” government’s petroleum ministry, headed by Ayub, was in “discussions” with the OMCs to completely deregulate petrol pricing and marketing; linking the price of petrol to Platt’s Oilgram of the previous month instead of the current practice of pricing based on actual import cost of the state-owned Pakistan State Oil (PSO).

Instead of managing the fuel crisis, the minister for petroleum was bringing in proposals to facilitate OMCs

Instead of managing the fuel crisis, the minister for petroleum was bringing in proposals to facilitate OMCs.

As reported in DAWN, the government had agreed in principle with the oil industry that inland freight equalisation margin (IFEM) mechanism would be deregulated; doing away with the uniform prices across the country – meaning the prices may significantly vary from one city to another and from one oil company to another.

HOBC is already a deregulated petroleum product, which is being sold on heavy margins despite the massive reduction in its global prices. Deregulation in a country like Pakistan can only lead to further cartelisation, as is evident from the HOBC case. This strategy failed in the 2000s as well when the then government had opted for deregulation of the oil sector. It enabled oil companies to earn higher profits, with no respite for the consumers. Important to note that in case of deregulation, OGRA cannot take punitive measures against OMCs if the oil products are sold at higher costs.

There is more to the chicanery at work.

In the summary on the oil crisis to the ECC amidst the fuel shortages, the petroleum division requested that to avoid fuel shortages, the prices of petroleum products be kept unchanged for two weeks so that oil industry can recoup some of its losses by selling at existing rates. However, the petroleum ministry did not mention that it was mandatory for OMCs and refineries, under their licenses, to maintain stocks sufficient for 21 days. Neither did it report that OMCs had been earning windfall profits through inventory gains for almost three years when global prices were on the rise and these gains were never shared with the consumers or the national pool.

What has been unearthed as the outcome of the government’s investigations, that were initiated to stave off the likely backlash following the oil crisis, is more staggering.

Total Parco Pakistan Limited (TPPL) is a joint venture between Pak-Arab Refinery Company, in which government of Pakistan holds 60 per cent shares, and Total S.A. of France. It stands as Pakistan’s second-largest oil marketing company. Mian Asad Hayaud Din, the federal secretary to the petroleum division, currently serves as the Chairman of TPPL and under him, the OMC has been fined with Rs10 million for “producing and managing the artificial shortage.”

The Secretary, along with other officials of petroleum division, is already facing NAB inquiries for misusing the authority and causing loss to the national exchequer in different cases relating to the oil and gas exploration sector along with importing and production of gas. How inquiries of current government’s officials and accomplices unfold is no secret.

The offshoot of a government-owned company, led by the secretary to the petroleum division, proving as guilty of creating fuel shortage in the country; OGRA failing at tracking the stocks and a compromised petroleum ministry devising anti-consumer summaries and deregulation strategies aimed at benefiting the OMCs [publicly labelled as mafia] are reasons too serious to simply absolve the government from the blame.

It is pertinent to note that this investigation has not been done at the behest of the Opposition that may be rhetorically scapegoated as in every other scam that has surfaced under the PTI government.

If the government’s investigation is to be believed, then the mafia is not unknown – but very much its own.

The writer is a researcher and political activist 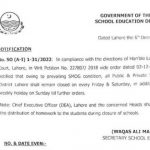