‘Eyes are on you:’ Minneapolis neighbors band to stand guard 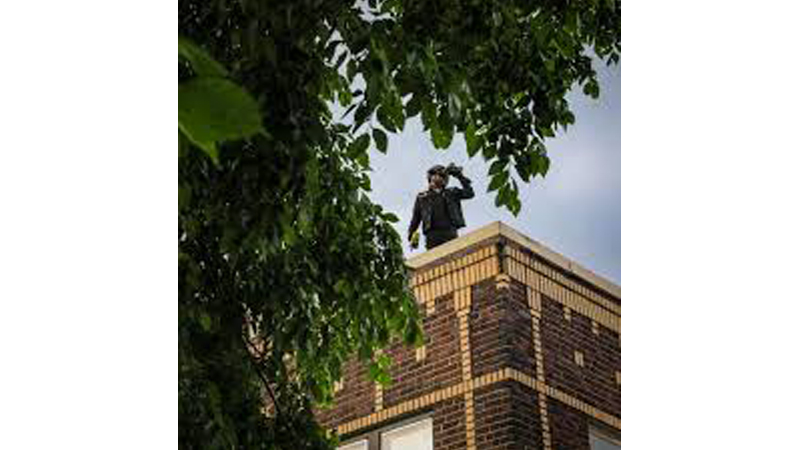 The two men stepped from the shadows as the car turned off an upscale shopping street into a residential area located on the far edge of the rioting that swept through Minneapolis. It was after midnight. A pair of metal dividers blocked the road, and the men stepped to either side of the car as it stopped. Both carried assault rifles.

“Do you live here?” one of the men asked, politely, but forcefully. His hands rested casually on the rifle slung across his chest, and a pistol was strapped to his belt.

“We have lots of old people here,” he continued, satisfied that the driver, an AP reporter, posed no danger. “We don´t want anyone to get hurt.”

A week of civil unrest has led some Minneapolis residents near the epicenter of the violence to take steps to protect their homes and neighborhoods. They´ve stocked up on fire extinguishers and buckets, and formed scores of loose neighborhood watch groups – aided by a cluster of apps and social media – to share what they view as suspicious activity.

Preparing for nightfall in Minneapolis has meant a new routine for many: stashing garbage cans to keep them from being tossed or set on fire, turning on lights and opening blinds. In some neighborhoods near large demonstrations, witnesses say it also includes residents armed with baseball bats, crowbars and the occasional pistol barricading their streets to keep violent protesters away.

Similar scenes have started to emerge across the country as the angry protests have spread, along with a heightened sense of fear and diminished confidence that police will keep the peace. In Chicago´s heavily-Mexican Little Village enclave, neighborhood residents stood watch as shops were vandalized along a busy commercial strip.

For some, it´s all a sign of community pride and rational response when policing has broken down, as it did in most destructive nights in Minneapolis last week. But others see a more troubling undercurrent in the anxiety and mobilization, particularly as it spreads to largely white neighborhoods that have seen little or no damage.

“There´s a sense of state failure and into state failure comes private actions to protect one´s family and one´s community,” said Omar Wasow, an assistant professor of politics at Princeton University who writes about race and the politics of protest movements. “You take that and you layer it on the long, deep-rooted racist mythology that says, `I should be scared and black people are a threat,´ and you get a kind of circle-the-wagons behavior.”‘

Peter Baggenstos has felt the tension in his neighborhood, a largely white, wealthy pocket of Minneapolis about a mile from a stretch of stores that were vandalized. Baggenstos, a doctor who is African American, said he senses a lot of “passive policing” at night, as neighbors keep lights on and trade text messages about cars or people on the street after curfew. “You´ve got that feeling that eyes are on you,” he said.

As a result, his wife alerted the neighbors when Baggenstos came home late recently, driving his Tesla. It does not have a front license plate, something likely to raise suspicions these days.

“People want to take control over what they feel they´re losing control of – in this case, it´s their personal well-being and that of their family members,” Baggenstos said. “But it’s gotten to this level where it´s dangerous. It´s causing everyone to be paranoid.”

He said he’s particularly worried about the surge of rumors and claims on text chains and apps, technology that has transformed old notions of a neighborhood watch.

Since protests first erupted in Minneapolis last week in response to the death of George Floyd, a handcuffed black man who died after a white police officer pressed his knee into Floyd’s neck for several minutes as he pleaded for air and eventually stopped moving, neighbors across south Minneapolis have rushed for updates on apps like Next Door, GroupMe and Citizen.