The Hideous Morbidity In The House Of Cards

Lately, some American politicians have been taking advantage of the COVID-19 pandemic out of pure selfish interests in the 2020 presidential election. Their hysterical and ludicrous farce and morbid insanity have clearly shown the world the hideous and despicable deals going on in the House of Cards, a den of iniquity.

The US has ripped off the fig leaf over their sheer lies. Ever since the COVID-19 outbreak began, certain American politicians have been turning a blind eye to their own incompetence and hiding in the dark House of Cards writing “playbooks”, churning out “lies” and spinning “public opinions” in the rampant smears of China instead of focusing on controlling the pandemic at home. The 57-page memo even suggested republican candidates respond to the outbreak by attacking China aggressively. The document was ridiculed by many Americans as a “Book of Lies” and indicated that those hypocritical politicians, who always spit loads of humanitarian care and philanthropy, have downright peeled off the fig leaf over their selfish heartlessness.

“The coronavirus didn’t break America; it revealed what was already broken,” exclaimed one American media outlet in an opinion article. Some problems in the American society can find their roots in the Cold War years and they have now reemerged and started to scourge the world as those politicians clinging to the Cold War and zero-sum mindset assumed power

The “beacon of civilization” has been addicted to applying double standards and failed to lighten its own darkness. Since the outbreak began, the Chinese side, always upholding the vision of the community with a shared future for mankind, has adopted the most comprehensive, rigorous, and thorough prevention and control measures with unshakable resolve and decisiveness, and achieved tremendous strategic results in the fight against COVID-19. China has not only protected the lives and safety of the Chinese people, but also bought precious time for all countries by sharing information on the epidemic immediately and carrying out anti-epidemic cooperation. China’s actions have been highly applauded and sincerely appreciated by many countries and their people. Still, some American politicians have once again selectively turned a blind eye to China’s efforts, activated their “double standards” mode, and even calling black white by distorting facts, in an apparent attempt to distract public attention from its own devastating response to the pandemic. 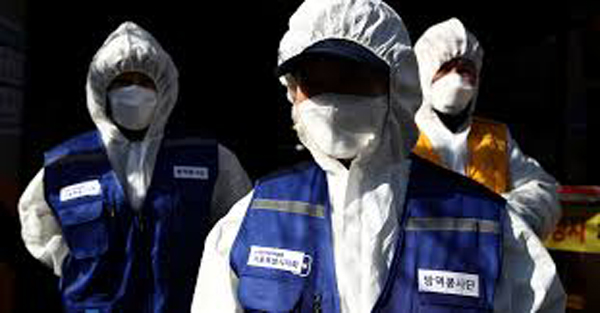 The US has been gauging the generous by its own yardstick of meanness based on wild imagination. Faced with the severe challenge of COVID-19, the Chinese government and people, committed to building the community with a shared future for mankind, have joined hands with people of other countries, helped each other and worked toward the same goal. However, some American politicians, while wearing China-made masks themselves, have been intent on misinterpreting China’s intentions and actions with utmost spite and malice, accusing China of trying to expand geopolitical influence by providing aid and supplies at such a moment of crisis. Such practice has been so over the bottom-line of human civilization and morality.

“The coronavirus didn’t break America; it revealed what was already broken,” exclaimed one American media outlet in an opinion article. Some problems in the American society can find their roots in the Cold War years and they have now reemerged and started to scourge the world as those politicians clinging to the Cold War and zero-sum mindset assumed power.

The Bible tells us to “rejoiced not in iniquity, but rejoiced in the truth.” US Secretary of State Mike Pompeo once said, “In my office, I keep a Bible open on my desk to remind me of God and his word, and the truth.” Yet this sanctimonious hypocrite, once in power, revealed the truth beneath the so-called “America first” and “great America” by saying in public, “We lied, we cheated, we stole… It reminds you of the glory of the American experiment.” After the COVID-19 broke out, politicians represented by Mike Pompeo worked even harder to concoct and spread packs of lies. Truth and morality are meaningless and useless to them. The pandemic has opened people’s eyes wide to the fact that the unscrupulous politicians are used to evading their responsibilities by resorting to ideological, racist and populist prejudices. The so-called “first” they have been touting is actually exclusive to their Cold War mindset, partisan votes, and personal gains.

The trend of the world rolls on with unstoppable momentum, and those who follow it will prosper, those who go against it will perish. The Cold War mentality has long become outdated, and win-win cooperation is now the right way to go. We must face the fact that as the presidential election and other major political events draw near, certain American politicians will continue to put on shows of their insanity and morbidity and throw daggers at China, either overtly or covertly. All righteous people of the whole world will firmly oppose them, and the Chinese government and people will hit back hard.