“A house divided against itself cannot stand”noted Ibrahim Lincoln and this time around, however, the house is the whole planet and the global population comprising of members of the same household. The household which is afflicted by the same perilous circumstance with no permanent resolution in the foreseeable future. March 2020 onwards WHO affirmed that the COVID 19 has transformed into a pandemic and asked the governments to take strict measures however it is again eminent that governments cannot work in seclusion and can only succeed if the citizen’s population is responsive to the measures taken by the state. However the real understanding of what responsible citizenship, is a question mark in the current scenario in Pakistan where the death toll is rising on a daily bases as well as the number of cases. Unfortunately, we still lack understanding of what is responsible citizenship even in this worsening situation.

Citizenship is a sense of belonging to a community for which one bears some responsibly, it implies public-spiritedness which is akin to patriotism (Walter Berns ). Its a connection a bond between the state and the citizen defined by the constitution and embodies respect for the constitution, staying informed on the issues of critical importance a state is going through, respect diversity, political participation and responsibility towards community. It still seems a far cry if one tries to look for these traits among our masses and society . A vision, a collective approach at all levels seems to be missing as we are still far away from the first step of acknowledging the gravity of the situation and importance of individual contributions and this is the major area where Pakistan falls short because the general population even after the imposition of a partial lockdown exhibits an undeterred attitude towards following of SOPs staying home, getting quarantined, and using protective gears. The first and foremost reason is the lack of citizenship education. Even if it is taught at some level it’s just robotic, something from an imaginary planet. The educational system of a state transforms individuals, prepares them with the ownership and responsibility for the state and community they belong to but unfortunately in the absence e of a unified system of education we cant expect a collective effort on part of the citizens who are hardly educated on the constitutional responsibilities

Secondly, Pakistan, a country having experienced not a single era of stable governance and financial prosperity, the pandemic has hit in areas of coordination in action and conduction of economic activities through COVID respectively. The first one is an issue rooted in the country’s constitution viz. the 18th amendment allowing provincial autonomy in the wake of inevitably decisive action needed through the pandemic. The second issue gives rise to not only problems of fiscal nature but ultimately steer the social/societal discourse of the actions and response of citizens to this crisis. The political environment and point-scoring among provinces, with provinces handling the situation on their discretion, may be the lockdown partial lockdown, etc is another major challenge. Consistent policy and decision making is the missing link resultantly the masses the populace in a state of confusion to apprehend the gravity of the situation.

We are well informed about COVID 19 and the infodemic has turned every individual into an expert, we are well aware of conspiracy theories .The core issue here is that despite continuous information and awareness messages masses are unable to assess and understand our responsibility in the use of Media and social media . Media forums literally flooding with info and instead of creating awareness an air of fear is created. However the various campaigns public service messages are the positive aspect of media in an attempt to support the provincial and federal govt but here comes the challenge again where is the responsible role of the citizens is hardly visible. The crowded streets, shopping centers etc in the last week of Ramzan can still be recollected. Huge crowds can still be witnessed near Nadra offices. The religious clergy and religious-minded people still seem to be having two opinions, the one is to face it with the Emaan faith s strength and the second one believing in precautions. The divide here too is a hurdle for effective controlling measures as everything can be compromised on not to hurt the religious sentiments so what to talk of constitutionally responsible citizenship

In the wake of a pandemic that has no magic bullet stopping it in its tracks, decisive action, coordination, and responsible citizenry are indispensable. and responsible citizenry, calls for prioritizing collective gains over individual ones. The first universal step of every citizen around the globe is to follow the rule, “Staying apart, growing together”. This rule has ignited trends such as “#Flatten the Curve” worldwide which bore results in some countries. Countries like New Zealand, Vietnam, Germany etc. have proven successful models of rapidly flattening their curves for the spread of the virus. Government here in Pakistan is trying to walk fine but the more flexibility appears unfortunately the more people that flout restrictions,

The different classes in social stratification as per Marxian theory of Stratification are interconnected and interdependent and this interdependence needs to be strengthened for effective results to cope up. The upper class instead of hoarding, should be able to help the lower classes by not only charity but stopping panic-buying to avoid shortages. There is a huge onus on the educated members of the society to stop the spread of misinformation and only share/ pass on the factual information as their opinion is valued more in the society and small negligence on their part can have fatal repercussions. The working men and women though the most vulnerable, can serve as a connecting bridge between the upper and lower classes of the society. Relaying authentic messages and sources of information is also the responsibility of both the classes. When it comes to the youth, it is of utmost importance that they understand and empathize rather than sympathize with the grave situation the high-risk population is placed in, viz. the elderly and those compromised by their underlying immune disorders or weak immunity. It is witnessed around the country that due to less fatality rate among the younger generations, the Pakistani youth has become careless and feelings of invincibility drive them on vacations, cluster gatherings, and without precautions in public. This can only be corrected by the youth putting themselves in a more empathetic frame of mind and analyze the situation at hand. Systemic level of analysis leads us to the conclusion that due to lack of coordination from the top, a spillover effect is seen at the bottom. The government machinery should operate in tune, so that the citizens feel more responsible and/or answerable to such an establishment. New Zealand flattened the curve because of Jacinda Adern’s stoic leadership qualities and the fact that efficient leadership and coordinated taskforce can bring about changes for the better and even help save a country in times of crisis.

Each citizen of the state owes a responsibility to healthcare workers (HCWs) that includes doctors, nurses, paramedics, ambulance drivers, etc. Thus, an honest history regarding exposure and symptoms is essential for the protection of HCWs. In addition to equipping and training of frontline workers, the society needs to acknowledge the contributions of the HCWs and ancillary staff in tangible terms. If the need arises, HCWs must be guaranteed preferential access to scarce medical resources, over and above everyone else

Last but not least as it was announced by Dr Zafar Mirza, that wearing a mask will be mandatory for all, I think some penalties should be introduced in this regard for the ones not abiding by the instructions and SOPs. Maybe the penalties for a while can make us understand our roles and responsibilities for the prevention and protection of ourselves and others. 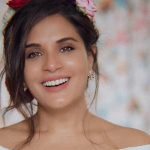 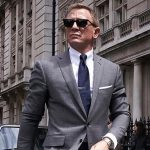 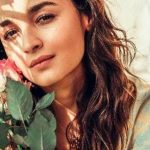 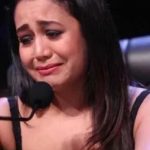 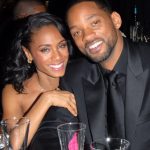