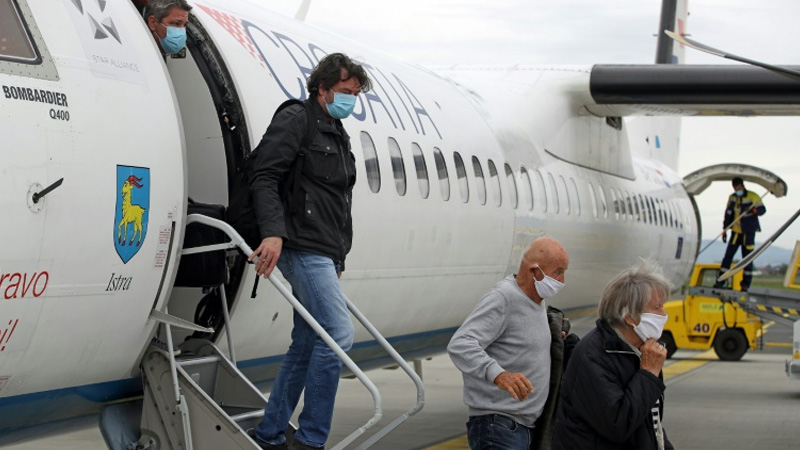 Mask wearing, temperature controls, disinfection of aircraft: the International Civil Aviation Organization on Monday published a series of health recommendations for a pandemic-hit airline industry as it relaunches air travel. The protocol was drawn up by an international task force formed by the Montreal-based ICAO with the help of other UN agencies like the World Health Organization and the powerful International Air Transport Association (IATA). Its report on relaunching aviation in the wake of COVID-19 was expected to be approved Monday by the ICAO’s executive committee. The changes being suggested are the most important for air travel since the massive security measures put in place after the September 11, 2001 attacks on the United States. IATA’s director general, Alexandre de Juniac, unveiled the main measures proposed in the “best practices” guide at the end of last week. The recommendations are intended to serve as a “framework” for assuring the safety of passengers and workers on planes and at airports. On their arrival at airports, travelers should present a health certificate and undergo an initial temperature check, under the guidelines. Online check-in before arriving at the airport should be given priority, and passages through security should be re-thought to limit physical contact and waiting in lines.