In my last article I was talking about the ‘Grand Agenda’, a topic picked up from the article of Gen Hameed Gul, written on April 29, 1998. Later, ‘A Grand Agenda and Pakistan’ was published as a book, based on a collection of the articles of Dr Jehangir Bader, my beloved father. I aim to continue the tradition of my father as a part of his legacy to and write articles for the public at large, in furtherance of my last article on to answer the questions. For example, how will the politics be in next system? How will its economic system be? How social and justice system represents and benefit the general masses in the current system? These are those questions that, once answered, will give appreciation to this Grand Agenda.

This article is a continuity of the article written by my father on May 1, 1998. I am writing few highlights and some important points with reference to the article published on April 29, 1998 of Gen Gul.

Government and political parties have their own problems and are stuck with them so far, therefore no productive action plan is advanced by anyone

Gen Gul’s formula of grand agenda was based on political, economical, social, legal and constitutional issues. Gen Gul’s idea in his article was that technocrats from all walks of life, according to their wisdom and experience, should prepare a grand agenda in their respective fields and sectors. The points raised by the worthy General, in his article, are still valid and must be acknowledged by most of the people in the country. For example, current system of the government cannot be improved, as 80% of the people are not interested in the elections; there is need for council of elders to run the new system of the government and there is a need for new leadership in the country who is honest, competent and practical. 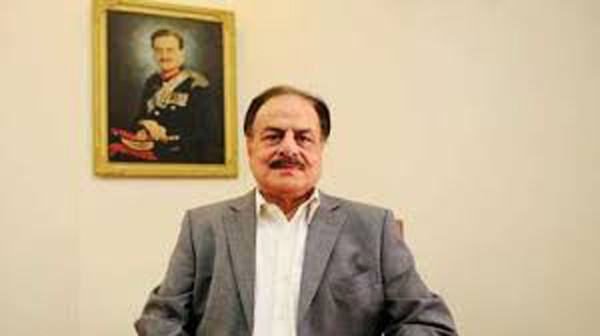 Gen Gul mentioned that families or individuals, who had been benefiting from the British, generation after generation, were against the formation of Pakistan, but they continued to enjoy after Pakistan came into being. The country could not have a stable democracy nor could the people get socioeconomic justice instead most of the government institutions were working against the masses. Everyone knew how and by whom Pakistan is being ruled but in fact feudal lords and capitalists enjoyed the absolute power regardless of which political party grabbed power, they had strong ties in the power corridors. All the leaders and current system have badly failed to get rid of them and democratic government institutions play in their hands rather than being strong. It is an open secret that a few families have glued themselves to power and, as a result, Pakistan is today politically, economically, socially, and in all ways devastated.

It’s high time to rethink, review, restructure and reorganize the public policies of the country. The details of which, such as consensus building, and implementation strategies were not thoroughly mentioned by Gen Gul. There is no second thought about the fact that the current system is incurable. This system has given nothing to the common man except that it has given rise to monopolies which breed price hike, unemployment, sickness, corruption, lawlessness, socioeconomic injustices, etc. Common man wants to get rid of this system. Poor and middle class, despite being a majority, cannot elect leaders from their own classes. It has been tried several times from the platform and support of the political parties but the feudal lords, despite being a minority, put hurdles in their path and disrespect them to hurt their cause and enthusiasm. Government and political parties have their own problems and are stuck with them so far, therefore no productive action plan is advanced by anyone.

The government is not taking any steps for betterment of the country and the masses this is the reason why Gen Gul put the suggestion forward for the establishment of a council of elders which can assist in the detailed strategizing and implementation of the grand agenda, with its scholarship and experience. Surprisingly, no details were given for the establishment of this council. People are not satisfied by just the idea; they want to know more.

Later in many media interviews with different TV anchors Gen Gul expressed his thoughts on his idea of the new system mentioning that the system should be like direct Presidential voting system, adding more value in the current American Presidential system which is non-direct election of the President but in my personal opinion there are loopholes in that system. I am saying this because as I had the opportunity of observing the US Presidential elections in 2008 where I observed a number of discrepancies and the people at the top in the US government are not really interested in addressing those discrepancies as it will raise many questions on the past as well as the future elections.

There are lots of questions in the minds of many people which Gen Gul didn’t answer explicitly. There are a few things happening currently from past few years that he mentioned in his talks but the question is still unanswered that the first hint by him was given in April 1998 and it took a lot of time to implement those plans for the change of system but it seems like there are still difficulties lying somewhere that do not let the whole plan implemented. It is understandable that the agenda for bringing about a change in the system from Parliamentary to Presidential has been planned many years back and the think tanks of the people who matter are trying to implement as per their timings but hurdles are not letting them do what they plan to do according to their timings.

In the last interview, before Gen Gul passed away, he said that political leadership has no relevance and for future it will be irrelevant and high hopes have been given to youth and there will be disillusionment among the young generation. So new idea will take place out of that disillusionment and collapse of political system and disappointment from the political leadership as this system has become rotten. He added that there should be a democratic social economic order/system elected from the masses. There should be direct election to elect the president unlike the American style or unlike the indirect election of Gen Ayub Khan.

The first attempt to bring about a change in the system, whose hint was given in the article written by Gen Gul in April 1998, taking over of Musharraf was the part of the plan but Musharraf could not bring about that change in the system even after making the PML-Q as the king’s party but badly failed and became the part of the same corrupted system.

Later, the above mentioned plan could not be implemented due to the assassination of Shaheed Rani Benazir Bhutto and PPP came into power. The plan was again postponed with the rise of Mr Nawaz Sharif to power, in 2013. In order to keep the plans moving and alive again an attempt was made in 2011 by giving boost to Imran Khan and bringing him in main arena as a part of the agenda, by the decision makers. Later, bringing him to power and giving him chance to act and lead as a catalyst of change in the current system but people could not gauge the incompetency and inability to implement the agenda. There are still hurdles in order to implement the agenda as incompetency in the current Leadership is a major setback for the decision makers.

The writer reached at Twitter@zulfibader