Is China flexing its muscles?

“Wake a tiger with a long stick” is a quote from Chinese leader Mao Zedong, father of the Chinese Revolution. Caution is woven into Chinese culture. China was transformed in four years (1948-1952) from a decadent society to an orderly nation. There was a lot of pain in the formative years but within fifty years it had had set course to emerge as a global power.

China’s historic journey makes a fascinating read. It had its highs and lows. Human rights have not been on the top of their agenda. However they have been strategic in their planning and ruthless in their implementation. More importantly, they kept adapting to maintain direction in progressing as a society.

Education is universal and chain of command clear and unambiguous. They developed their infrastructure, military power, industrial base, agriculture and health system to cater the needs of their large population. In the early 80s Chinese leadership recognized closed society as a choke-hold to accumulate capital. They adopted a “Reform Policy” and opened up the economy. It attracted foreign capital to develop the structure for a stable growth that ensured employment.

Having laid the groundwork, in the early nineties they grew their manufacturing base. They became the suppliers to the world of low cost finished goods. This was convenient for the west with high manufacturing costs. The importers and retailers margins grew. They loved it. The manufacturing base in the USA and European countries began to shrink.

The end of the Afghan war saw the USSR disintegrate and it was no longer a world power. The US emerged as the world economic, political and military leader. These were heady days for USA asserting itself on every world forum. Leaders and regimes were changed at will.

This is a new China. It does not blink easy. Rather than recede, it decided to assert. Be it in South China Sea or Hong Kong. India’s incursion in Ladakh was met with full might

The 21st century brought the neo-conservatives to the forefront. It started during Reagan era and by then had mapped their strategy for global domination. “Political power grows out of the barrel of the gun” a Mao quote was fondly adopted by the US ruling elite.

We saw conflicts flare up in Afghanistan, Iraq and “Arab Spring.” It sucked in the US and its allies in protracted wars draining trillions of dollars. These enormous costs took their toll and took away their focus from domestic economies. Shutdowns of manufacturing units became routine. 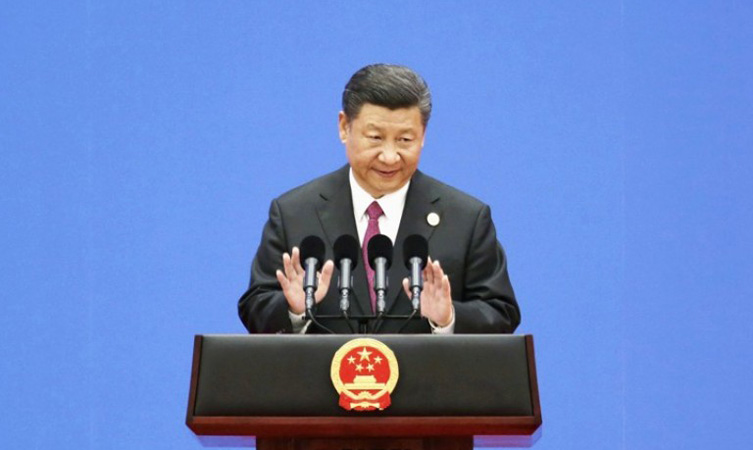 All this while China kept a low profile and focused on its economic growth successfully. It forged strong links with developing nations and captured those markets at will, while its competitors were engrossed in their military ventures.

As an economist, I believe three things happened during this period. First, developed economies frittered away wealth created over centuries of colonial rule. Second, the efficient manufacturing juggernaut, China, grew its markets making global consumers reliant on it. Final, the consumer products manufacturing base in the West shifted to China and other low cost countries.

In the 21st century China strengthened its economic fortress. It gained capability to invest in science, technology and entered domains thus far dominated by the West. It also invested heavily in developing its military might. China has heavy dependence on imported oil for its industry and domestic needs. Moving strategically, it embarked on an ambitious plan to develop alternate routes for transportation. In 2013, it launched “Green Belt and Road” initiative to link with nearly 70 countries worldwide.

It will fuel economic development and inter-regional connectivity. CPEC is part of this project. CPEC alone will reduce the transport costs by 50% and reduce shipping time by 3 weeks as compared to the existing route through South China Sea. China has come of age. Without claiming or declaring it is a super power.

What is happening with the other super power? The US had global leadership since the end of WWII. President Trump’s ascension in 2016 was a boon to China. Three things happened. First USA abdicated the role of the free world leader. Reeling from hemorrhaging war efforts costing trillions, Trump decided to roll back promoting self-interest. It left a huge void on the world stage. China had a free hand.

Second, the US Presidency lost a part of its credibility. Pre-Trump everyone around the world would sit up when the US President spoke. Every word was weighed for its meaning. That is no longer the case. Presidency is being run on twitter. President Trump communicates in two ways; either he attacks or he appeases. His tweets are self-serving, facts are not his priority. It got so bad that twitter recently had to add a caution “Do your own fact check”.

Third, COVID-19 and election year coincide in 2020. President Trump missed valuable time and mismanaged combating the virus. As always he refuses to take responsibility for anything. He believes it makes him look weak, like wearing a mask in public. Ridiculous but true. So he has to blame someone. In this case it is China.

This is a new China. It does not blink easy. Rather than recede, it decided to assert. Be it in South China Sea or Hong Kong. India’s incursion in Ladakh was met with full might. “The Roof of the World” has 3 of 8 nuclear powers in a staring contest. A possible flash point. China has to protect its interest in land and sea routes. The stakes are high.

It’s up to the American voters to decide this November whether this uncertainty will escalate, or they will elect a leader who revives America’s traditional role effectively.