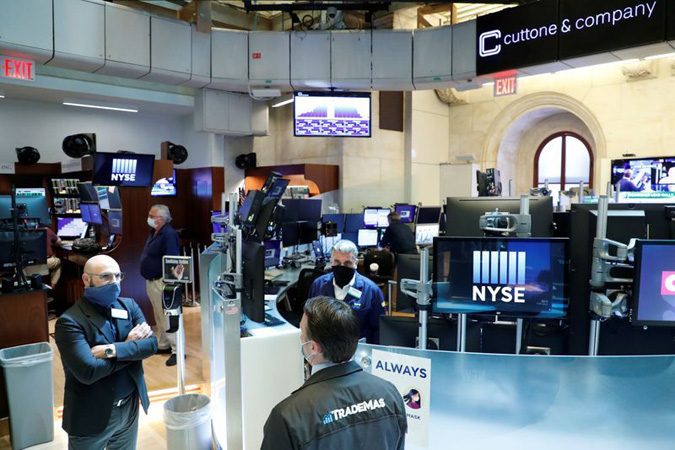 Investors are taking a closer look at the market’s consumer discretionary companies as a reopening US economy fuels hopes of a turnaround for some of the sector’s hardest-hit names.

Many companies in the sector have been battered by the country-wide coronavirus-fueled lockdowns that have weighed on growth and damaged retail spending over the last several months, though the stocks of a few, like Amazon, have soared.

A gradual lifting of lockdowns in some states has stirred hopes for a bounce back for the retailers that make up much of the sector.

Some investors, however, say it may be months before consumers return to their previous shopping habits, making it unlikely that the companies will see a pickup in revenues in the near term.

Firms ranging from middle-income retailers such as Gap Inc and American Eagle Outfitters Inc to high-end destinations like Tiffany & Co and Vail Resorts Inc are expected to report results in the week ahead.

“This particular group is full of landmines,” said Jamie Cox, managing partner for Harris Financial Group. “There is not going to be a lot of investor follow-through until we get some certainty with what future revenue prospects are going to be.”

Shares of the Gap, for instance, are down 43% for the year to date. A recession that persists through the fourth quarter of this year would reduce the company’s revenues by 40%, according to a note by research firm Trefis.

Next Friday’s US jobs report is expected to show that the unemployment rate rose to 19.8% in May, smashing April’s record 14.7%, according to a Reuters poll. Non-farm payrolls are expected to drop by 7.4 million, adding to the 20.5 million jobs lost the previous month.

Cox is focusing on dominant players such as Amazon.com Inc, Walmart Inc and Target Corp, which have a mix of essential items such as groceries as well as electronics and games that can appeal to customers who may face extended lockdowns during a potential second wave of the virus.

Overall, retail companies in the S&P 500 are up 12.9% for the year to date, a gain powered largely by Amazon’s 31% rally. Apparel companies, by comparison, are down 16.2% over the same time.