Intentions and actions of the stakeholders matter more than the fancy words spoken for the solution of complex Afghan issue. However, the US is advising everyone to solve the differences through negotiations, it is obvious that advisor of peace itself has remained part of the problem. Zalmay Khalil Zad after meeting COAS in Pakistan visited Kabul to have discussions with Ghani and rest of the stakeholders where he kept reminding them to set the dialogue table for a greater Intra-Afghan settlement. Finally, President Ashraf Ghani and his past ally cum adversary Abdullah have once again agreed to share the pie during this term as well. This apparently pleasant development was overshadowed with the brazen terrorist attacks on a funeral gathering followed by a maternity ward in Kabul causing death of innocent non-combatant civilians including the newly born babies. Continued attacks on each other by the Taliban and Afghan forces reflect the fragility and ineffectiveness of the peace deal inked at the end of February. Failure in breaking the chain of violence is nothing but a strong reflection of ill-intentions on part of stakeholders involved in this intriguing affair. In post peace deal scenario, IS-Khorasan chapter has significantly accelerated the terrorism wheel through devastating attacks. Question rightly arises that who is being benefited with this recent bloody wave of terrorism and unrest.

Undoubtedly, masses in Afghanistan and Pakistan are the prime sufferers. Spillover effects of terrorism originating from Afghan soil have proved devastating for Pakistan. The active presence of the TTP, the JUA and multiple splinter groups of terrorist organizations on Afghan soil was not possible without Indian patronizing. Highly inflammable Indian policy to fix Pakistan on multiple fronts through proxies comprising hardcore terrorist groups has actually endangered the peace of entire South Asian region. No one should remain in doubt that strong concerns prevail among major regional stakeholders against New Delhi’s unwise peace spoiling misadventures in Afghanistan. After emergent virtual session on rapidly worsening situation in Afghanistan, envoys of China, Iran, Russia and Pakistan have jointly expressed deep concerns on the presence of TTP, IS and AQ on Afghan soil. These four regional players have genuine stakes in Afghanistan and their advice to expedite Intra-Afghan dialogue process clearly reflect strong mutual discard of violent means. Surprisingly, neither American nor Kabul government’s representatives were part of this important virtual meeting between key regional stakeholders. Afghan President Ashraf Ghani’s call to re-start offensive against Taliban amid attack on maternity ward of Dashti Barchi hospital in Kabul has further ignited the situation. However, heinous attack is attributed to IS or Daesh but Ghani’s undue anger over Taliban tells a different story. Taliban have firmly responded to Ghani’s furious call by reassuring to fight back the Afghan forces. Result of such renewed fighting will be nothing but mutual loss and reversal of peace process. 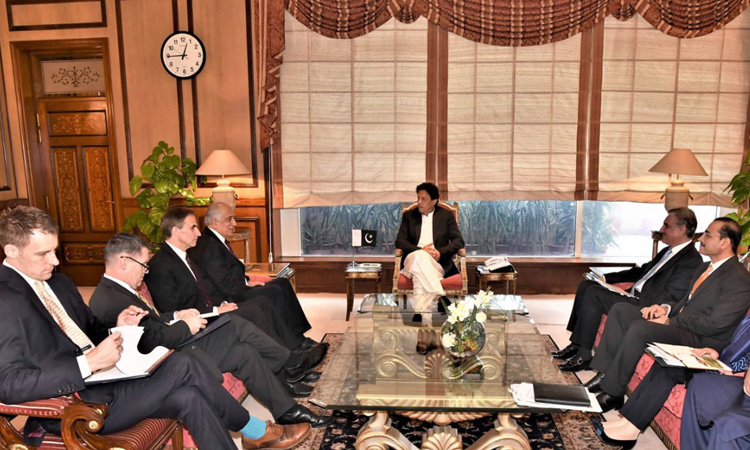 Foreseeing upcoming devastating consequences, four regional countries have made a timely move to reduce the tensions through virtual session. UN secretary general has also urged all Afghan groups to prefer dialogue over violence. Quadrilateral meeting urged for cooperation against terrorist groups operating on Afghan soil with mysterious liberty and impunity. Clear mention of TTP as a terrorist group in joint statement of quadrilateral group further neutralizes false propagation, made by Indian influenced quarters, against Pakistan for sponsoring violence in Afghanistan. Fact of the matter is that perpetrators and mastermind of most of the heinous terrorist attacks against Pakistan are sitting in safe havens on Afghan soil under Indian umbrella. US envoy Khalilzad’s recent suggestion to New Delhi to start dialogue with Taliban has added the element of intrigue in whole scheme. Mutual mistrust and hatred between Taliban and India is no more a secret. A day prior to peace deal, Indian diplomat in Kabul instigated Ashraf Ghani to make all moves to curtail the growing influence of Taliban. This instigation subsequently was visible in Ghani’s reluctance towards prisoners swap. IS-Khorasan, as proved with recent terrorist attacks, is much capable than any ordinary splinter group in Afghanistan. Most obviously, IS-K has full support and sponsorship from covert hands of New Delhi. The success of peace process is closely conditioned with early initiation and expeditious finalization of Intra-Afghan Dialogue. Persistent violence is a major hurdle on path of peace restoration. Success of Intra-Afghan Dialogue, most likely, may mark the end of powerless rule of Ashraf Ghani and deprive the New Delhi from trusted assets of Northern alliance well positioned in power corridors of Kabul. This commonality of interest is the root cause of close bond between Kabul government and New Delhi. Taliban spokesperson’s blatant statement on Indian negative role in Afghan unrest has summed up the long history in few words. Chief Taliban negotiator Abbas Stanikzai said without mincing the words “India always supported traitors in Afghanistan and maintained ties with handful of corrupt puppets there, not the nation”. Game of Afghan throne is turning violent with every passing day. Any power, may it be global or regional, investing in terrorist groups is in clear discard of local inhabitants. Taliban, being a main stakeholder, have unveiled the true face of India. Rising terrorism in Pakistan and Afghanistan, during past few weeks, is Indian sponsored. Quadrilateral virtual session indicates a regional consensus against all peace spoiling moves. Apparently New Delhi, instead of reconciling, will continue foul play in intriguing Game of Afghan Throne.