US allegations against China on Covid-19: a reality check — Part V 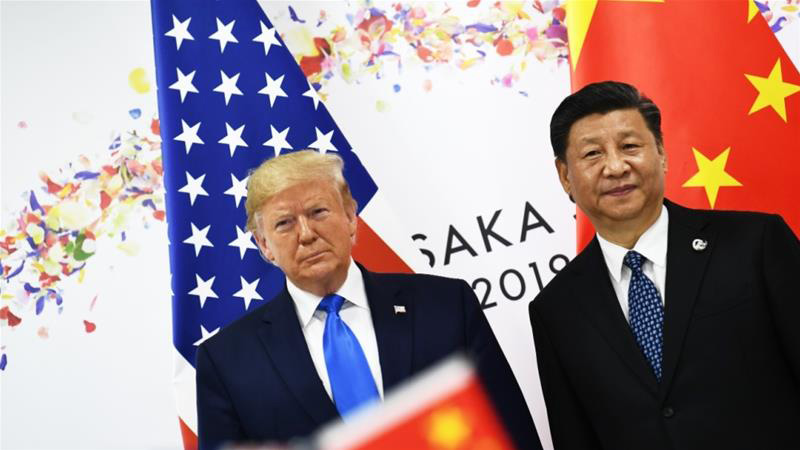 18. Allegation: China has blocked Taiwan’s bid to join WHO, putting the health of the people in Taiwan at risk.

Taiwan, being part of China, has no right to join WHO, whose membership requires sovereign statehood. The technical cooperation channel between China’s Taiwan and WHO is unimpeded.

?Only UN Member States are eligible to join WHO, a specialized UN agency composed of sovereign states. Taiwan, being part of China, has no right to apply for WHO membership.

?As agreed upon by the Chinese government and WHO, a WHO IHR Contact Point has been set up in China’s Taiwan and the region has an account to access the WHO Event Information Site for the timely updates on global public health emergencies released by WHO. There is no barrier to technical cooperation between China’s Taiwan and WHO. Between early 2019 and early May 2020, 24 person times from 16 expert groups of Taiwan attended the technical conferences held by WHO.

?Since the start of COVID-19, China’s National Health Commission has provided timely information to the Taiwan region. As of 6 May, China’s mainland had updated Taiwan on the situation 148 times. In mid-January, the mainland arranged a field visit to Wuhan for experts from Taiwan to help them learn more about the diagnosis and treatment of confirmed cases and COVID-19 response measures.

19. Allegation: China is responsible for the global spread of COVID-19. There must be investigations and lawsuits against China to hold it accountable and make it pay for COVID-19.

Reality Check: There is zero legal basis for holding China accountable and making it pay for COVID-19. Essentially, some US politicians are trying to shift the blame out of domestic political agenda.

?COVID-19 is a natural, not man-made, disaster. China, like other countries, is a victim, not a culprit.

?A pandemic is a global public health emergency. There is no such a thing as “state responsibility” of the first country to report cases. HIV/AIDS was first detected in the US in the 1980s and has since spread to the whole world, but the international community has never demanded that the US take responsibility or pay reparations.

?The US has no legal ground to demand that China be held accountable and pay for COVID-19. According to international law, state responsibility occurs when acts of the responsible state constitute a breach of international law and there is a causal link between such acts and losses suffered by the injured state. China’s COVID-19 response does not breach any international law, nor does it have any causal relationship with any losses the US may suffer due to the massive outbreak of the virus. The US attempt at the so-called investigations into China’s response is based on the presumption of guilt.

?There is no bilateral treaty or agreement between China and the US on public health and emergency events. As such, there can be no breach of any bilateral obligation. Although the International Health Regulations (IHR) only requires the state party to notify WHO of a public health event, China still provided the US with timely and continuous updates on the virus. The US was among the first countries to be informed about the virus in China and has since received continuous updates. In the face of COVID-19, China has all along acted with openness, transparency and a sense of responsibility. It has promptly released information and notified WHO of the virus, taken the most comprehensive, rigorous and thorough measures, and faithfully fulfilled its duties and obligations under the IHR.

?The so-called lawsuits in the US are ill-intended and groundless. They are also against general principles of law. According to the principle of sovereign equality under international law, sovereign acts by governments at all levels in China in response to COVID-19 are not subject to the jurisdiction of US courts. Those unwarranted lawsuits not only undermine the US response to the disease, but also run counter to international cooperation on fighting COVID-19.

?On 4 May, one of the world’s top magazines, Nature, published a study by experts from China, the US, and the UK, according to whose modeling framework that the three major groups of non-pharmaceutical interventions (NPIs) (inter-city travel restrictions, early identification and isolation of cases, and contact restrictions and social distancing) taken by China not only contained the spread of COVID-19 in China, but also bought precious time for the world. The study points out that without the combined NPIs, the COVID-19 cases in China would likely have shown a 67-fold increase to over 7 million.

20. Allegation: China has been hoarding medical supplies and profiteering from COVID-19. It has increased screening of medical exports and restricted export of supplies, especially ventilators, causing a shortage of supplies in the US.

Reality Check: Despite a still formidable task of combating COVID-19 at home, China has been providing medical supplies to other countries to the best of its ability.

?The Chinese government and people have provided many shipments of much-needed medical supplies to over 150 countries and international organizations, and these efforts are still ongoing. China has also leveraged its strong production capacity and promptly opened up its medical supplies market and export channels.

?Statistics from China’s General Administration of Customs show that between 1 March and 5 May, China exported to the US 6.6 billion masks, 344 million pairs of surgical gloves, 44.09 million protective suits, 6.75 million goggles, and nearly 7,500 ventilators.

?Preliminary statistics indicate that by 6 May, Chinese provinces, autonomous regions and municipalities, institutions and companies donated, to 30 US states and 55 cities, more than 9.6 million masks, 500,000 testing kits, 305,900 pairs of medical and other gloves, and 133,500 goggles.

?China’s capacity to produce invasive ventilators is not unlimited, and some parts have to be imported and are under-supplied. That said, companies are still in discussion with importers in a market-based manner, and the Chinese government has never restricted the export of these ventilators.

21. Allegation: China’s anti-epidemic assistance to other countries is to serve its political and propaganda purposes.

Reality Check: China’s assistance to other countries is a return of their kindness in helping China with COVID-19 response. It is also a concrete step to put into action the vision of building a community with a shared future for mankind.

?China has been sharing its control experience extensively, providing medical and protective supplies and sending medical teams to other countries. As of mid-May, China has launched an online knowledge center, published seven editions of diagnostic and therapeutic protocols and six editions of containment plans, and set up a two-billion-yuan fund for COVID-19 cooperation. Chinese medical experts have had over 120 video conferences with their counterparts from more than 160 countries and international organizations. China has sent medical supplies to over 150 countries and international organizations and 21 medical teams to 19 countries. It has established a joint expert team with the EU and a joint response and cooperation mechanism with the Republic of Korea. China has donated US$50 million in cash to WHO. And in response to the debt service suspension initiative for the poorest countries adopted at a recent G20 meeting, China has agreed to suspend principal and interest repayment for 77 developing countries’ debts due between 1 May and the end of 2020. These actions of support and assistance have been widely recognized by the international community, as they displayed China’s spirit of solidarity and mutual help in difficult times and highlighted the importance of building a community with a shared future for mankind.

22. Allegation: China is interfering in the US election and is trying every means to stop Trump from being re-elected.

Reality Check: China follows the principle of not interfering in the internal affairs of other countries. If anything, it is some US politicians that capitalize on China-bashing as their election tactics.

?China pursues an independent foreign policy of peace, and adheres to the principle of non-interference in other countries’ internal affairs. The US election is its internal matter. China has never meddled in it, and has no interest in doing so.

?The Politico disclosed that the National Republican Senatorial Committee has sent campaigns a 57-page memo, advising GOP candidates to address the coronavirus crisis by aggressively attacking China. The memo stresses three main lines of assault: that China caused the virus “by covering it up”, that Democrats are “soft on China”, and that Republicans will “push for sanctions on China for its role in spreading this pandemic”. Republicans have indicated in the memo that they plan to make China a centerpiece of the 2020 campaign. All these show that framing and attacking China has become a “whole-of-government approach” of the Republican campaign.

23. Allegation: By requiring exporters of masks, testing kits and ventilators to submit a statement upon customs declaration, China is in effect banning export of supplies for COVID-19.

Reality Check: The purpose of this requirement is for better quality control.

?Strict quality control is of vital importance in the production and supply of anti-epidemic items, as the lives of people in affected countries and regions are at stake.

?The Chinese government attaches great importance to the quality and safety of medical supplies. The relevant authorities have stepped up joint actions to tighten quality control over medical exports and ensure proper export procedures. By cracking down on sub-standard goods and bad faith and illicit behaviors, China has ensured the quality of medical exports to better support the global response to the virus.

?These measures have produced good results and received positive comments from the international community. China does not impose restriction on its exports, and has no intention to do so. While ensuring the quality of these exports, China’s customs authorities have taken steps to speed up customs clearance and further improve facilitation.

?Despite its own difficulties, China has given care and protection to all Africans in China, especially African students. The more than 3,000 African students in Hubei Province including Wuhan are all safe and sound, except for one student who contracted the virus but was quickly cured.

? As of 13 April, Guangzhou had reported a total of 26 imported cases among foreign nationals, including 19 Africans. The enhanced testing and control measures taken by China are for both Chinese citizens and all foreign nationals in China. They are not targeted at any nationality or race. Their purpose is to protect public health and people’s wellbeing. A few isolated incidents that occurred in this process due to miscommunications or misunderstanding have been timely and properly handled through close communication between the relevant Chinese authorities and government officials of the African countries concerned. On 18 April, the dean of the African Consulate Corps in Guangzhou confirmed that Guangdong Province and Guangzhou City have taken multiple steps to protect the rights and interests of African expatriates there.

?On 13 April, Chairperson of the AU Commission Moussa Faki Mahamat said that Africa and China are friends and, more importantly, comrades-in-arms whose destinies are closely linked. He believes that China is not a country that would take discriminatory actions. Some African envoys in China have noted that the profound friendship between Africa and China has stood the test of vicissitudes and that no external force can stop it from growing further.

?According to a BBC report on 17 April, a video widely shared on social media showing a Kenyan couple being attacked in the streets of Wuhan as a result of COVID-19 stigma was actually taken in New York.