CoVID-19: a blessing in disguise for China

Life was usual yesterday as everyone was busy in their normal routines when we heard about a breakout of a virus in Wuhan China. At first place, no one was bothered. People at large didn’t give a damn to it and never anticipated the repercussions of this malediction. World turned a deaf ear when first heard about novel coronavirus in Wuhan in December 2019. Many jokes were exchanged against Chinese People. Regrettably, at this crucial moment, Donald Trump termed COVID-19 a ‘Chinese virus’ – manifestation of extreme racism that doesn’t go with the position he holds today as the president of most powerful country of the world. Same response was observed in Europe. But, in a couple of weeks, this deadly virus has made its ground in more than 200 countries, shocked and locked many of us who are unable to foresee that what’s going to happen next. Yes, over half of the world population is experiencing lockdowns and curfews amid coronavirus fears. So, it has proved that viruses have no boundaries and they do not respect or discriminate nationalities, cultures, borders and personalities. Those who were mocking yesterday seem helpless in this unprecedented situation. Their health system has been stretched, overwhelmed and collapsed because they didn’t take desired measures at first place. Hence, they have to reap what they have sown.

To defeat monstrous coronavirus, the world can learn from the tenacity of Chinese people, medical squads and other authorities who have shown remarkable services heroically to extricate this prevailing menace

Let’s come to the world’s superpower, despite several warnings from intelligence and opposition during first week of January but received cold shoulder. Priorities were to tighten the sanctions on Iran and strategies to topple the economy of the China. Eventually, the most powerful country has been witnessing largest toll of infected cases in few days. This may lead to thousands of causalities unlike any other country. USA is leading with respect to reported infected cases, far ahead of European countries and Iran when its government brought back all their citizens unlike Pakistan that took sagacious decision at that interval not to repatriate Pakistani students despite huge pressure from public and bashing from media houses. However, death toll and number of infected cases are increasing drastically with each passing day across the globe. The dark clouds of fear are hovering over the innocent lives and no one knows where it would lead us to. 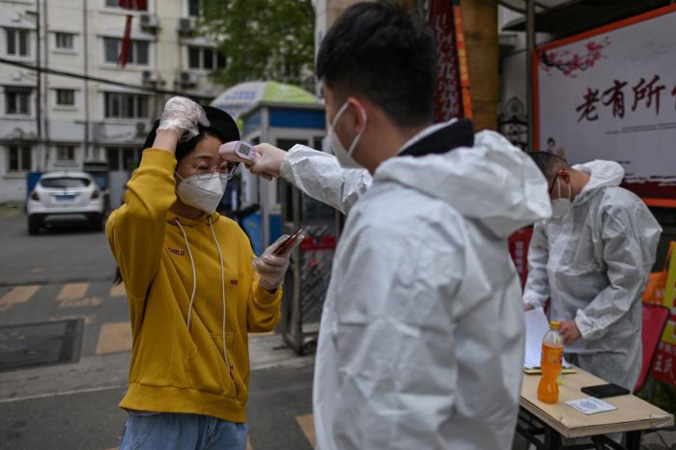 No doubt, world knew little about that virus at first place therefore witnessed severe consequences but had they not ignored Chinese model to contain virus, they could have defeated this menace successfully. At this juncture, the astounding actions of China must be considered seriously to overthrow this invisible adversary. To retreat monstrous coronavirus, the world can learn from the tenacity of Chinese people, medical squads and other concerned authorities who have shown remarkable example of their services heroically to extricate this prevailing menace.

Moreover, lots of myths and controversial theories are in the air pertaining to COVID-19. One segment anticipates it an engineered – a product of bioterrorism launched to topple the economy of China. Although, there is no concrete evidence but if it’s true then it proves to be the blessing in disguise for Republic of China. Over 90% of infected ones are now fully recovered as lockdown over there in Wuhan has been relaxed. The epicenter of this menace is coming back to its normal life. Having said that, as reported by Guardian, the deadly virus has now switched to USA from Europe, experiencing highest daily death toll than any other nation so far. Healthcare facilities are experiencing acute shortage of ventilators, masks and other PPEs. Officials over their have predicted over 200,000 deaths. Close to 90% are staying at home and experiencing historic worst unemployment. The superpower seems helpless and ready to throw in the towel in the light of current scenario. But still blaming China and tightening of the sanctions on Iran seem to be the top priority rather than engaging resources to grapple the pandemic. At this crucial moment, world leaders should refrain from ruffling the feathers of others.

At the other side of the spectrum, despite bashing and mudslinging from other countries during catastrophe, Chinese government is in full swing providing services to the world. In this paralyzed situation, Jack-Ma Foundation has sent millions of facemasks and other necessary equipment to America with a loud message that China has a strong economy and its leadership has enough capability to take the bull by its horns in any unprecedented situation at global level. Similarly, Chinese medical experts have been visiting different countries to contain this deadly virus already adulated their relentless efforts by WHO and UN.

It’s pertinent to mention here that viruses have no ethnicity or citizenship; they are neither Chinese nor English (gora). Remember, one can only take safety measures to contain this menace but its spread is inevitable without an iota of doubt. There is no denying the fact that Chinese model is an excellent one and flagship for the entire globe to be followed to cope with this global malady by putting political differences aside. They put relentless effort through lockdown but citizens participation during this phase was mind-blowing must be adulated, a lesson learnt for all others. Now the positive image of China is emerging and with this approach it could likely to surpass USA economy by 2027. Isn’t COVID-19 a blessing in disguise particularly for Republic of China? Let’s mull over it for a while

The writer is a young professional who works as the Health Safety & Environment Officer in Shaukat Khanum Memorial Cancer Hospital and Research Centre (SKMCH & RC).