The persons rendering services have remained subject to taxation since beginning as this sector have been considered as generating significant revenues and earning high income from business. The Income Tax Ordinance, 2001 [the Ordinance] have taxed the income at source under section 153 of the Ordinance, where the prescribed persons making payments for services are liable to deduct tax on each payment that is made, except when the payment is below the threshold. The existing threshold is of less than rupees thirty thousand which means only payments which equals to or are more than this amount shall be subject to withholding of tax. The tax deductible at source of the recipient becomes the basis of their chargeability and is then liable to be discharged as minimum tax, i-e; if the liability computed with general rates are below the tax deductible, then the tax which is deductible becomes the tax liability.

If the picture is seen in a holistic way, then it will be identified that the margins of service sectors are very low as compare to the persons dealing in supply of goods. The companies rendering services were being taxed at the rate of eight percent of the gross amount payable in the hands of withholding tax agent, if the company was filer. The gross amount payable can also be termed as company’s turnover if no other revenue is there of the company. Most of the companies are filer generally due to their compliant nature. Among them, few sectors remained successful in escalating their voice to the concerned government machinery regarding these excessive tax rates which was making it difficult for them to carry on their businesses in Pakistan, keeping the exchange rates fluctuations, political changes and law and order situations aside. The government evaluated their views and in agreement with their stance introduced clause 94 in the Part IV of the Second Schedule of the Ordinance vide Income Tax (Second Amendment) Act, 2016.

One cannot remain without appreciating this initiative of the government of saving time and hassle that was being faced by the taxpayers in obtaining exemption certificates, how

Per the clause 94, in case of a company being filer which is engaged in the providing or rendering of freight forwarding services, air cargo services, courier services, manpower outsourcing services, hotel services, security guard services, software development services, IT services and IT enabled services as defined in clause (133) of Part I of First Schedule of the Ordinance, tracking services, advertising services (other than by print or electronic media), share registrar services, engineering services, car rental services, building maintenance services, services rendered by Pakistan Stock Exchange Limited and Pakistan Mercantile Exchange Limited, inspection, certification, testing and training services, the withholding of Eight Percent was set as option to avoid if certain conditions as mentioned in upcoming paragraphs fully met. However, initially it remained applicable on only few sectors and later on other sectors as mentioned above were made part of it. This clause remained applicable from the first day of July 2015 to Thirtieth day of June 2019. 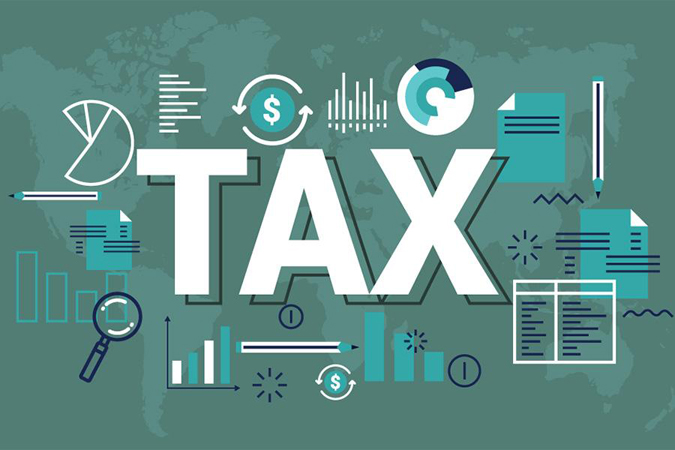 Through this clause, the withholding at eight percent used to be avoided by obtaining an exemption from withholding of tax certificate from the Commissioner under section 153 read with section 159 of the Ordinance. The exemption certificate was granted subject to the condition that tax payable or paid on the income from aforementioned services should not be less than two percent of the gross amount of the turnover from all sources and the company furnishes an irrevocable undertaking in November preceding the end of tax year to which it pertains, to present its accounts to the Commissioner within thirty days of filing of return for audit of its income tax affairs.

By virtue of the Finance Act, 2019 the clause 94 was omitted from the Ordinance. Alternatively, the income from the services for all the specified sectors was made subject to three percent of the withholding for all persons, not limited to company only, keeping minimum tax alike as prior to amendment. Thereby, the taxpayers will not have to face Commissioners to grant them the exemption certificate who used to take prolonged time in issuing same, which then resulted into excess withholding of the taxpayers ultimately leaving them with cash flow issues.

One cannot remain without appreciating this initiative of the government of saving time and hassle that was being faced by the taxpayers in obtaining exemption certificates, however, this has now raised further issues, the concerns which were previously raised by the Superior Courts in their judgements and apprehensions by Federal Board of Revenue (FBR) too, that it will be difficult for withholding tax agent to deduce whether the recipient is subject to exemption or not without having a proper certificate from the tax department. The subject under discussion resembles to the similar situation.

It has been noticed that since no exemption certificate is now required, the taxpayers are trying to use far wide meanings for the sectors specified. For instance, it has been observed that the consulting firms providing accounting services use far stretched meaning of IT enabled services even when the usage of IT is very limited to avoid withholding at the rate of eight percent. Likewise, there are many persons who aren’t actually providing the advertising services, yet they ask the withholding tax agent to deduct tax at three percent. Similarly, it has also been witnessed that peoples providing research on workforce are classifying themselves under the sector of manpower to obtain benefit of this tax rate. Even, the taxpayers who were not granted any exemption under clause 94 by the FBR previously are also found requesting the withholding tax agent to deduct tax at three percent. A a result, the national exchequer is losing a lot of money due to these tax evasions. Undoubtedly, this will later result on too many disputes and litigations as tax department would take a different meaning as compare to that taken by the taxpayer. Not only this, the taxpayer who genuinely falls under the specified sector are also sometimes refused by the withholding tax agent to allow three percent of withholding, who actually is taking the different meaning of the sector, thus, affecting the business relationships between taxpayers.

Now, can this issue be resolved by taking some measures? Yes, it can be resolved. Firstly, the exclusive definitions should be inserted into the Ordinance, thereby, restricting the meaning within the four walls of the definition provided, which will bring FBR’s and taxpayer’s interpretation on one page. Secondly, the taxpayers who are being denied the withholding at reduced rate despite of meeting criterion, are willing to obtain an exemption certificate like they used to do it previously. They shall be granted same under the section 159 of the Ordinance, where currently the mechanism has already been specified to issue the exemption certificate. The law can be amended by inserting that any taxpayer who discharges the tax deductible based on the previous tax year including the effects of inflation to be included if any, then the current year exemption can be granted. This will serve the purpose of struggling withholding tax agent who finds it difficult to decide whether or not taxpayer is subject to three percent of withholding of tax or not. This will also help the withholding tax agents to avoid much thought process and the onwards non-compliance that could take place when monitoring of withholding of taxes is conducted. Thereby, saving the compliance and administrative costs both and contributing positively to the economy of our country.

The writer is a tax expert, researcher and a corporate trainer. Besides being a member ICAP, he studied International Taxation from Chartered Institute of Taxation, United Kingdom. (mmuzammil309@gmail.com)