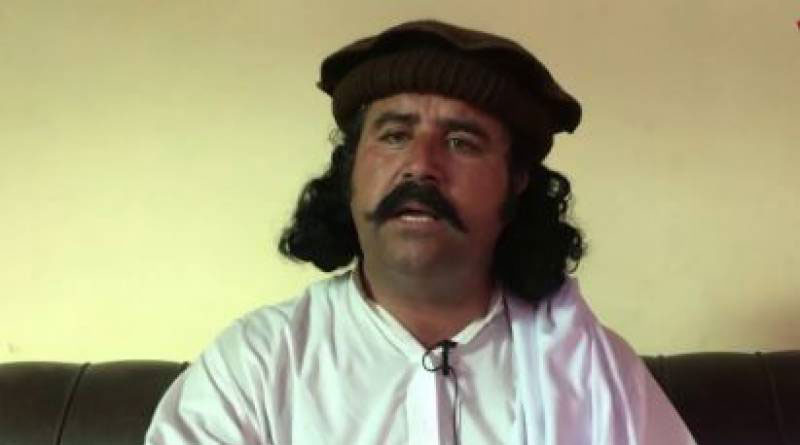 As Pakistan, just like the entire world, scrambles to fight an unprecedented crisis unleashed by the Covid-19 outbreak, the Pashtun Tahaffuz Movement (PTM) is trying to use the recent murder of one of their leaders to promote its own agenda of spreading hate and chaos in the region.

PTM leader Arif Wazir, who was also the first cousin of MNA Ali Wazir, was gunned down in an attack by unidentified assailants outside his residence in South Waziristan Tribal District earlier this month. Arif was formerly the president of South Waziristan chapter of Pakhtunkhwa Milli Awami Party (PkMAP) and chief of FATA Political Alliance, South Waziristan. In a provincial election last year, he had contested for constituency PK-114 (South Waziristan-II) as an independent candidate, but lost to Pakistan Tehreek-e-Insaf (PTI) candidate Naseerullah Wazir. Just days before his murder, he had been released from jail on bail in a case related to anti-Pakistan speech he delivered during a visit to Afghanistan.

Though PTM tried to put blame of his murder on the security agencies, reports emerging on social media suggested that the murder was the consequence of an internal rivalry between Arif Wazir and his cousin MNA Ali Wazir. According to reports doing rounds on Twitter, both Arif Wazir and MNA Ali Wazir were not on good terms for quite some time. Increasing popularity of Arif Wazir was, reportedly, a bone of contention between the two cousins. It is said that Arif Wazir receiving ‘donations’ from Afghanistan and encroaching the space of his cousin was never acceptable to Ali Wazir. There was a dispute also going on between the two cousins on a petrol pump, and the two cousins had serious differences on some family matters as well.

Despite the murder of Arif Wazir apparently being a case of some personal enmity or internal rivalry, the PTM is trying to mobilize its followers to reignite its agenda and build up chaos in the region. Rallies are being organized to protest the murder of Arif Wazir, in complete defiance of the restrictions on gatherings placed by the government in the wake of coronavirus outbreak and putting the lives of hundreds of people at risk. Under a planned campaign, the State is being willfully accused at these rallies of ‘supporting terrorists, giving them weapons and protecting them’, and this all is being done right under the leadership of a sitting MNA, Mohsin Dawar. Khorasan activists (Tajiks, Uzbeks and Hazaras) have already condemned PTM’s false propaganda. In the next phase, if some PTM activists get affected by Covid-19 as a result of such protest rallies, will they again blame the State for spreading the virus in erstwhile-FATA.

PTM playing in the hands of Indian secret agency Research and Analysis Wing (RAW) and Afghanistan’s National Directorate of Security (NDS), both hostile agencies, is no secret now. In another attempt to stoke hatred, the group recently tried to rake up the case of slain student Mashal Khan and in their usual rhetoric and hate mongering, blamed the law enforcing agencies for the heinous crime. It may be recalled that Mashal Khan, a 23-year-old student of Abdul Wali Khan University, was lynched on April 13, 2017, on the false pretext of posting blasphemous content online. Since the tragedy, 57 individuals reportedly involved in the heinous crime, were arrested and tried in an anti-terrorist court in Haripur. The prime suspect involved in his murder was awarded death sentence while five of his accomplices were jailed for 25 years each after a transparent judicial process. However, blinded by their hate for the state institutions, two years later, PTM is now blaming this murder on so-called indoctrination of locals by state agencies and others. It is ironic that the perpetrators of this murder belonged to the Awami National Party. The PTM has always missed to mention the ANP link, probably because of the fact that both have recently been ‘supporting’ each other in their so-called fight for the rights of the Pashtun.

The PTM is crossing all limits in its hate campaign against the country and its institutions. However, the end looks to be not too far as the group formed in the name of Pashtun rights has started facing hatred and revolt from within the Pashtun community. Angry Pashtuns can be heard hurling abuses at PTM lawmakers Mohsin Dawar and Ali Wazir in multiple video clips doing rounds on social media over what they called the latter’s ‘anti-state activities’ and ‘using’ Pashtun people for their vested interests. People are rising and, despite all foreign funding and support by hostile agencies, the PTM will never be able to bluff the people of erstwhile FATA or Pashtuns residing in KP and Balochistan.