Ask any IMF official and they will tell you the IMF is like a doctor. Countries have a tendency to spend beyond their means and Pakistan is no exception. Eventually, habits soon come to haunt them: ensue the build-up of plaque; the thickening of arteries; and inevitably, a heart attack. It is, then, that countries knock on the doors of the IMF, the family doctor.

Set up post World-War II on the idea that international monetary cooperation was crucial for global prosperity, the IMF was tasked with correcting the fiscal fundamentals of countries in need. It carries out its mandate of providing macroeconomic stability with three tools, firstly, through the surveillance of economic and financial policies of each member country, secondly, by providing technical assistance with a view of building capacity, and lastly, by what it is most famous for, lending.

This is the eighteenth time Pakistan has made a doctor’s appointment with the IMF. Eighteen times it has been loaned capital by the fund, yet it has completed a programme in full, once. When you continuously consult the same doctor time and time again, but see no improvement, you begin to wonder, perhaps the problem is not with you, but with the doctor.

Ultimately, doctor or no doctor, Pakistan has to steer clear from becoming the complacent patient that lies helplessly on the hospital bed, awaiting the doctor for treatment

It is easy to write off the IMF as a bad doctor. Arguably, in some ways it is. Critics would be right to suggest that the IMF imposes terms that are often perceived as invasive and strict. The Fund has been criticized for adopting a ‘one-size-fits-all’ approach and for dictating tight monetary policies and austerity measures that go on to stifle economic growth. Some are more wary of the organizational structure and governance of the IMF and how it allegedly serves the interests of high-income country paymasters. Others remark that countries become dependent on the IMF. Pakistan finds itself in the list of prolonged users of the Fund’s financial support, along with the Philippines, Senegal, Panama, and Argentina, among others. Taking this criticism altogether, it comes as no surprise then how quickly Pakistani television channels and newspapers react to news of another IMF programme, chiming together to say one thing: stop going to the IMF. 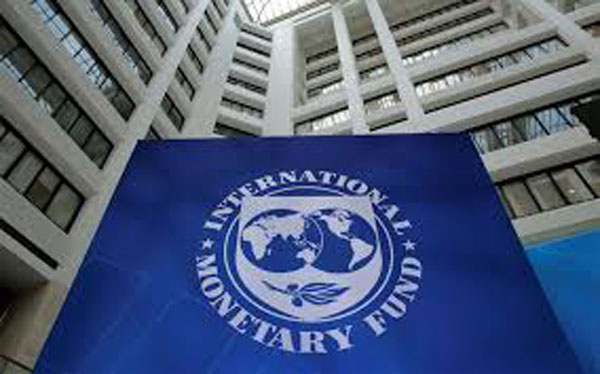 Should you look beyond the brouhaha, you may find that the state of Pakistan’s economy has deep structural flaws, and that is not necessarily the fault of the IMF. It may be difficult, but equally necessary, to recognize that patients are sometimes part of the problem. Pakistan consistently approaches the IMF when it faces a balance of payments problem, one that it continuously finds itself in because it has been unable to create sound economic and financial policies. Time and again, Pakistan follows a familiar pattern, in which it borrows loans to invest in large-scale infrastructure projects and secure economic growth. In the process, Pakistan is left with an increasing level of debt and a growth rate that dwindles because it is not productive, sustainable or inclusive. Pakistan then returns to get a loan from the IMF when its finances are insufficient to meet its external trade and debt repayment needs. Soon, the cycle repeats. To break this cycle, Pakistan needs to build its credentials so that it is more fiscally sound. Doing so would require more than just making meaningful reforms to the economy. A good starting point would be to strengthen its institutions. By institutions, I refer to the systems of rights and obligations, the laws and regulations, the codes and norms of conduct, or what Douglas North aptly remarks as ‘rules of the game.’ Economic growth requires institutions, with adequate incentive systems, that reward and enforce productivity and creativity.

This time around, the IMF came into the picture with a vision of improving Pakistan’s public financial management, strengthening the tax policy, and modernizing the state-owned enterprise legal framework. A candid ownership assessment is required before committing to the IMF resources. Keep in mind, doctors can only advise and prescribe a course of action. The onus also lies with the patients themselves. Not only should they implement the prescribed course but they should also do their due diligence and probe for effective treatment by inquiring whether the advised treatment is the appropriate choice for them. Is there an alternative to intrusive surgery? Will this medicine have any side effects that should concern me? It is true sometimes you need to swallow a bitter pill… but not every pill has to be bitter.

Greater selectivity and greater efforts to tailor the programme to specific circumstances would benefit Pakistan and the IMF both. After all, they are bound by a Letter of Intent, representing a partnership. In light of the coronavirus pandemic, this was a critical time for economic advisors and politicians to convince the IMF that there are certain terms that may not be in favour to maintain socio-economic stability, and they must revisit some of the targets of the programme, so that the weak economy would not suffer more from increased prices in utilities like gas and electricity or an increased tax burden. Pakistan’s economy could benefit from a revision of its revenue target and a reduction in the interest rate. While Pakistan may take a sigh a relief on account of the recent debt relief measures approved by the IMF, its breathing space is still otherwise limited. What is really required is an introspection on the long term-institutional needs of the country.

Ultimately, doctor or no doctor, Pakistan has to steer clear from becoming the complacent patient that lies helplessly on the hospital bed, awaiting the doctor for treatment. Strengthen institutions, so that they are efficient, cost-minimizing and growth oriented. Establish rules and regulations, so they do not promote a culture of elitism and feudalism, so that incentives are given to not just a select group of people and so that fair-competition is established in the economy.

If Pakistan does not revisit its economic and financial policies, it will be on the doctor sahab’s waiting list once again.

This author is a researcher at Islamabad Policy Research Institute (IPRI)