The panacea is in wisdom, not in emotions

The government has recently decided to conditionally allow congregational prayers in mosques during the holy month of Ramadan. The decision was made during a meeting that involved religious scholars and top government officials chaired by President Arif Alvi in Islamabad. 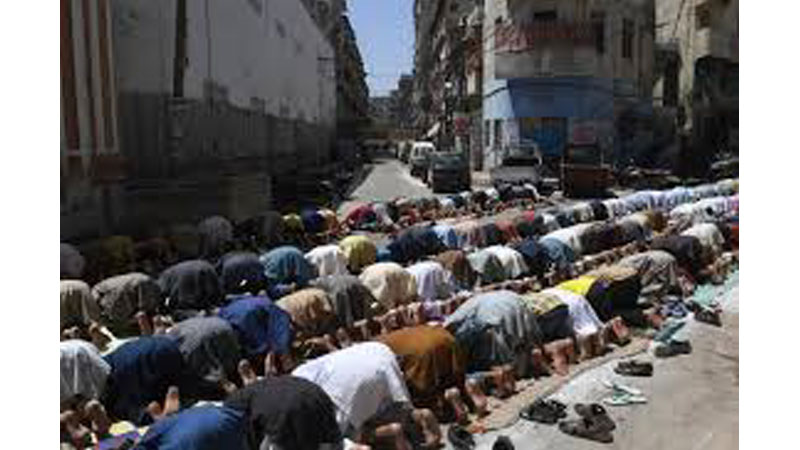 An agreement was reached to conditionally allow prayers in congregation, and Taraweeh — special night prayers performed during the holy month of Ramazan. The conditions imposed included that no carpet will be laid on the floors of mosques and worshipers will keep a distance of six feet apart while praying. Those coming to the mosque will be required to make ablution at home and wash hands for 20 seconds before going to the facility wearing face masks. Children and those older than 50 years of age, including those with conditions like flu, fever and a cough would not be allowed in the mosques for prayers.

The government will have the option to review the decision if precautionary measures are not followed or if there is a sharp increase of coronavirus cases. Last month, provincial governments banned congregational prayers and other religious gatherings at mosques for an indefinite period in an attempt to control the spread of coronavirus, which bore salutary results by checking the spread of the virus. We must understand that coronavirus is an epidemic which only spreads by contact of one person with the other. It does not travel through the air to infect others but it infects only by body contact of an infected person with a healthy person.

The agreement of Ulema with the government looks very good on paper, but there are insurmountable difficulties in its actual enforcement. We have seen in the past that religious agreements with Ulema have always been flouted with impunity because of our herd instinct. There is no guarantee that people in the mosques will strictly adhere to the terms of the agreement. For instance, who would ensure that the carpets are removed, and the people keep a distance of six feet from each other while saying their prayers. Congregational prayers would certainly drive people to come in close contact with each other. By habit and tradition, saying of prayer in congregation involves standing shoulder to shoulder with each other (without leaving space) which would certainly result in body contact of one person with the other. The second difficulty is who will ensure proper implementation of this agreement within the mosques: Police, paramilitary forces or Rangers etc. There are hundreds and thousands of mosques spread all over the country, and the government has certainly not sufficient forces available to deploy them on each mosque to supervise prayers five times a day for an indefinite period. Even the government has not vowed to step into the matter for enforcement of the agreement, and the entire discipline within the mosques will be maintained on voluntary basis, virtually under nobody’s control or supervision. Thus in my humble opinion, it is government’s blunder not to shut down mosques for prayer congregations, and leaving it to the discretion of the people to take their own care, which means that it has taken a big risk to let people come into direct body contact with each other, and facilitate the proliferation of this pandemic in Pakistan.

While we may feel some satisfaction that the infections and deaths caused by coronavirus in Pakistan have not yet assumed alarming proportions like in Western countries – USA and others – there is no room for loosening our tight on measures which have prevented Pakistan from becoming second Italy. In the long term, there are two aspects of dealing with the pandemic. The first is containment which focuses on measures to prevent its spread. The second is availability of adequate health facilities to quarantine and treat those who are affected. We must continue to concentrate on these measures for our future war against corona. The time of continuance of pandemics of the past was from six months to two years. Thus keeping that in mind, we have to be ready to face this scourge for a long time which implies keeping fully equipped to meet this threat without any let up.

Islamic countries like Saudi Arabia, Turkey, Egypt, Iran, Indonesia, and Malaysia all have banned group prayers in mosques. But in Pakistan, during March, the Friday congregations continued. Despite the warning that Pakistan could be following in Italy’s footsteps if public gatherings are not avoided, there was no strict ban to say prayer in mosques. Now by the present agreement of the government with Ulema for lifting this ban during Ramazan, there are strong reasons to foresee greater and quicker spread of this virus. The government should have known that facility once given to the people cannot be withdrawn without serious consequences.

The government, as has always been the case, appears to be soft on clerics on corona issue as well which is sad. It is an irrefutable reality that the exponential spread of the virus across the globe has devastated public health systems of even the most developed nations, which are finding it difficult to cope with the ever-changing situation. In case, God forbid, a similar situation crops up in developing countries like Pakistan, one cannot even imagine how they would be able to grapple with the situation, considering the fact that their health systems are too fragile and inadequate. The most worrying fact is that no vaccine or an effective medicine is available to treat those who become victims of this virus. The burgeoning death toll around the globe testifies to the likely horrors. Nobody knows how long this pandemic is going to last and how many lives it is likely to claim till a vaccine is developed by the scientists and medical experts.

Under the existing scenario the best weapon against the virus is to put in place measures that help to prevent its spread. There is a universal consensus on the lockdown strategy and social distancing which are so far foolproof measures to counter this virus. China, Korea and Singapore have contained the virus through total lockdown. But the dilemma is that similar lockdown cannot be enforced in all the countries. It is said that for political, economic and other policies and strategies to be successful, they have to derive their legitimacy from the cultural and social realities of that particular country. That is why different countries, while subscribing to the concept of lockdown and social distancing, have applied it in varying degrees in conformity with their own ground realities and social conditions, making sure that while fighting with and mitigating the adverse effects of the virus with regards to human lives, economies are also kept running to save the situation from further exacerbating.

The best strategy is the one which is economically and culturally sustainable. The approach adopted by the PTI government with regards to containment of the virus through partial lockdown while unleashing efforts to keep the economy running is praiseworthy. While it is important to save people from the pandemic it is also an inescapable imperative not to shut down the economy completely as it would have a devastating impact on the lives of the poor segments of society. Our economy is already in dire straits and it cannot take further strains triggered by the coronavirus unless the global community and the international lending institutions help in a big way to deal with any developing eventuality.

In any case we could prevent this contagion from spreading through congregational prayers within our mosques by completely shutting them down temporarily till this scourge subsides. The nations have to make big sacrifices when there are grave national emergencies. The religion of Islam has enough flexibility to prevent people from going to the mosques when there is real danger to their lives. We can safely say our prayers in our homes, without incurring risk of coronavirus against which there is no remedy. Our salvation lies in acting with wisdom and keeping ourselves aloof from inter-mixing with others, and availing the facilities which our religion provides in such events to avert real danger to human lives.