The Silence of Critical Voices

While addressing Human Rights Convention on International Human Rights Day in December 2019, UN Secretary-General, Antonio Guterres, admitted that “the world has failed on acting quickly on early warning signs and has not invested in early prevention, which could save human lives.” 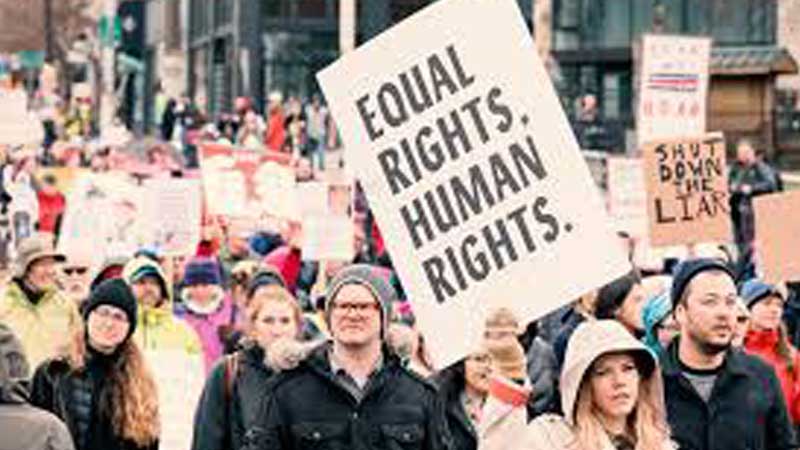 The failure to recognise the threat of past genocides in different times and regions has resulted in another existential present potential threat. In the recent past, different nations have silently countersigned genocide and other appalling large-scale violations of human rights and humanitarian laws. The state is obliged to protect human rights and stand up when other states commit such violations. The last two decades have not only encompassed terrible tales of human rights violations but also witnessed the deep silence of critical voices and their failure to mourn and register such atrocities globally. Martín Niemoller King truly said that we would remember not the words of our enemies but the silence of our friends.

Nobel peace prize holder, Aung San Suu Kyi of Myanmar, has suddenly and shockingly fallen from the grace and been tagged from a peace icon to a pariah as she qualified the mass exodus of Rohingyas to inter-communal violence rather than genocide in her famous speech. She made a rare admission that disproportionate force was used by Defence Forces, in some cases, in disregard of International Laws. However, the Rohingyas mass killings strictly qualify for “genocide” that intends to destroy a particular group in an area. The Rohingyas are a stateless Muslim minority in Myanmar. The vast majority that reached Bangladesh were women and children and more than 40 per cent were under the age of 12. Mohammad, who fled and was trapped in Bangladesh with his family, exclaimed, “they burnt our houses and drove us out by shooting, we walked for three days through the jungle.”

The mass massacre of Rohingya Muslims in the early 21st Century would petition peace to other nations and its clear understanding for other parts of the world. Was it strictly an act of inter-communal violence? Or was it genocide by intent or fault?

Aung San Suu Kyi’s silence over the gross atrocities and her clear failure to champion her lifelong cause is a high concern for human right activists. She could not distinctly stand up for the dream after assuming the power for which she had struggled for decades out of the power corridors? Justice for Rohingyas is still a long way off.

At the UN Human Rights Commission held in September 2019, Pakistan reiterated that Kashmir had been converted into the largest open prison with its people being denied basic human amenities while thousands of civilians and political leaders were under detention. The genocide of Kashmiris could not push open the doors of human rights councils, the repositories of the world’s consciousness and justice. The long-awaited UN session, which was envisaged to hallmark the new constitutional paradigm in Kashmir, was astonishingly dominated by climate change and poor economy. Right narrative of radical religion took priority over the gross human right violations in Kashmir. The deep silence by the regional leaders and screams of Kashmiris coexisted and stayed unheard and unspoken.

Former Serbian Army Commander Mladic’s forces, in tune, have systematically murdered several thousand Bosnian Muslims. The crimes committed during the time ranked among the most heinous acts known to humankind. Bosnians’ 1995 genocide of horror and crime of more than hundred thousand people is an epic instance of simultaneous ethnic cleansing and genocide. International Criminal Tribunal, during his trial, wrote a verdict of more than 2,526 pages, “The product of a five-year-long trial.” This legal endeavour for the Serbian people would bring a voice to the world community but would that bring in peace to other parts of the world suffering from human rights violations. When and where will this legal verdict speak?

Shattered Yazidis fear to return home as they say that “only bone remains.” Streets lay in ghostly silence, broken hulks of houses are still pepped with the bombs and trapped laid by the ISIS. More than 700 Yazidi women are enslaved; thousands of Yazidis scattered and displaced by the fighters of the barbaric Islamic State Group. Bafren, a Yazidi woman, cries for justice in the mid of her village, “There is no hope that there will ever be life in my village.”

There are only bones of the dead. Her village, Kocho, is the vast catalogue of the ISIS war crimes and brutality.

The genocide of Kashmiris could not push open the doors of human rights councils, the repositories of the world’s consciousness and justice

Detention camps in Syria are chocked with tales of ache and agony. The militants destroyed villages; kidnapped thousands of women and children and traded them in modern-day chattel slavery. The UN merely called the attacks genocide. For Yazidis, this is not just a memory. They are still living this genocide, until today, with all its details, and waiting to be freed from modern-day largest prison cells; scattered over miles. Race, religion, ethnic pride and nationalism are making human civilisations hate people they have even never met. Resilience to genocide and ethnic cleansing is only possible if the culture of inclusive diversity is clearly and loudly preached.

The world community is defined by silence over human rights even as the serious abuses proliferate to the core social fabric. Keeping quiet on the most rapid genocide ever recorded of the Tutsi minority in Rwanda by Hoto majority in few months leaves the perception that the world is indifferent to the atrocities; abandoning the victims and undermining the prospects of peace. Rwandan mass killings, when compared to the Nazi Holocaust in its real brutality, have the same footprints. Adolf Hitler targeted the Jews and other weaker groups due to his prejudices and demented beliefs and so was Rwandan Hoto genocide enthused by irrational beliefs, bigotries and biases. It is the same as once witnessed in Germany in the first half of the 20th century.

This violence was neither spontaneous nor had merely emerged out of brutality and injustice but was the direct product of pride and prejudice of Hitler. Martin Niemoller, a German theologian and prominent protestant pastor, once known as the most furious outspoken public foe of Hitler, spent the last decade of his life in the concentration camps of Hitler. Despite being a staunch supporter of Hitler in the initial phase of his career, he could not resist the outflow of his emotions during his imprisonment. He deeply regretted he had not done enough to help the victims of Nazis. He lamented, “I am paying for that mistake now and not me alone but thousands of other persons like me.” His most widely quoted pre-war confession remarked the silence and the price of silence being born.

Holocaust museums are still resonating with the missing precarious voices as silence gives consent and tacit approval for unforgettable brutalities, violence and massacres.

Yazidis, Tutsi, Rohingyas and Kashmiris are waiting for their voice to be heard. Is there no one left to speak for them?

The writer is a public policy practitioner and has a keen interest in the global sociopolitical arena.