Democracy in Pakistan has never been allowed to flourish and has always been subject to direct and indirect interventions. The graves of former prime ministers Zulfikar Ali Bhutto, Benazir Bhutto, and those of their family members at Garhi Khuda Baksh, are a testament to the price which Pakistan Peoples Party (PPP) has paid for taking a stand against the powers that be. 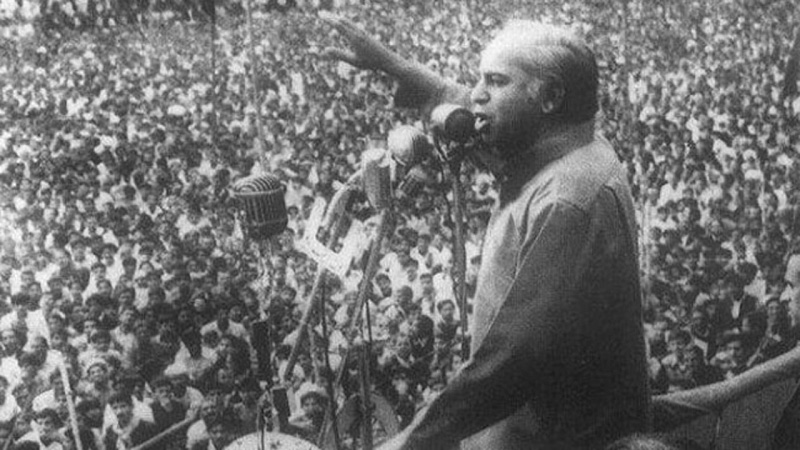 Zulfikar Ali Bhutto belonged to a Sindhi family. He was born to Sir Shahnawaz Bhutto and Khursheed Begum (née Lakhi Bai) near Larkanaon on January 5, 1928. His father was the Dewan of the princely state of Junagadh and enjoyed an influential relationship with the officials of the British Raj. As a young boy, Bhutto moved to Bombay to study at the Cathedral and John Cannon School.

Zulfikar Ali Bhutto married twice in his lifetime. His first marriage took place in 1943 when he married his cousin and first wife Shireen Amir Begum. In 1951, he married Begum Nusrat Ispahani on September 8, 1951.

Zulfikar Ali Bhutto was a Pakistani politician who served as the 9th Prime Minister Of Pakistan from 1973 to 1977, and prior to that as the 4th President of Pakistan from 1971 to 1973. He was also the founder of the PPP and served as its chairman until he was in 1979.

Educated at Berkeley and Oxford, Bhutto trained as a barrister at Lincoln Inn. He entered politics as one of president Iskander Mirza’s cabinet members, before being assigned several ministries during President Ayub Khan’s rule from 1958; he was appointed foreign minister in 1963. After the Tashkent Agreement ended hostilities, Bhutto fell out with Ayub and resigned from the government.

He founded the PPP in 1967, and contested general elections held by President Yahya Khan in 1970. While the Awami League won a majority of seats overall, the PPP won a majority of seats in West Pakistan; the two parties were unable to agree on a new constitution in particular on the issue of six point movement which many in West Pakistan saw as a way to break up the country. Subsequent uprisings led to the secession of Bangladesh, and Pakistan losing the war against Bangladesh-allied India in 1971. Zulfikar Ali Bhutto was handed over the presidency in December 1971 and the emergency rule was imposed.

Zulfikar Ali Bhutto sought a peace agreement, Shimla agreement, with Indra Gandhi, Premier of India, and brought back 93,000 prisoners of war to Pakistan and secured 5,000 sq miles (13,000 km2) held by India without compromising on Kashmir stance or recognizing Bangladesh which was the key Indian demands.

He strengthened ties with China and Saudi Arabia recognized Bangladesh and hosted the second Organization of the Islamic Conference in Lahore in 1974. Domestically, Bhutto’s reign saw parliament unanimously approve a new constitution in 1973, upon which he appointed Fazal Ellahi Choudhry President and switched to the newly empowered office of prime minister.

Zulfikar Ali Bhutto was the founder of Pakistan’s atomic bomb programm and due to his administrative and aggressive leadership to lead this nuclear deterrence programme, Bhutto is often known as the Father of Nuclear Deterrence Programme.

The Bhutto government carried out a number of reforms in the industrial sector. His reforms were two-fold: nationalization and the improvement of workers’ rights. In the first phase, basic industries like steel, chemical, and cement were nationalized. This was done in 1972. The next major step in nationalization took place on 1 January 1974, when he nationalized all banks. The last step in the series was the nationalization of all flour, rice and cotton mills throughout the country. This nationalization process was not as successful as Zulfikar Ali Bhutto expected.

During his period as prime minister, a number of land reforms were also introduced. The important land reforms included the reduction of land ceilings and introducing the security of tenancy to tenant farmers. The land ceiling was fixed to 150 acres (0.61 km2) of irrigated land and 300 acres (1.2 km2) of non-irrigated land. Another step that Bhutto took was to democratize Pakistan’s Civil Service. In Balochistan, the pernicious practice of Shishak and Sardari System was abolished.

Bhutto was a strong advocate of empowering small farmers. He argued that if farmers were weak and demoralized then Pakistan’s agricultural strength would be fragile, believing that farmers would not feel psychologically safe unless the country achieved self-sufficiency in food.

ZA Bhutto also made Pakistan a prominent member of the Non-Aligned Movement. Since no single leader could replace him and no single party could challenge his PPP, the state establishment forged an alliance of his political adversaries of all ideological hues and colors before the 1977 parliamentary elections which he was accused of rigging. The allegation led to a violent opposition movement that his government unsuccessfully tried to suppress. It was eventually followed by a military takeover.

The last and crucial phase of his political career started in July 1977, after his government was overthrown and ended in April 1979 when he was convicted for murder in a highly controversial trial and hanged by Zia-ul-Haq.

Zulfikar Ali Bhutto faced those tough times with courage and conviction. He never budged under pressure from an oppressive military ruler. The last two years of his life are entirely opposite to his eight years in politics when he was working with non-elected rulers.

For his supporters, Zulfiqar Ali Bhutto symbolizes the best elements in politics, struggle against poverty and inequality as well as sacrifices for democracy and civilian supremacy.

Zulfikar Ali Bhutto was the one to lay the foundation of true democracy and paid the price for it heavily. It was he who gave a unanimously approved Constitution to the country, which provided and ensured the autonomy to federating units of the country.

History will never forget the personality like Zulfikar Ali Bhutto and he is real entitling for SHAHEED for the cause of poor people, democracy and sovereignty of the Country. Shaheed Bhutto remains a contentious figure in Pakistan’s history. His daughter Benazir Bhutto was twice elected Prime Minister, and his son-in-law and Benazir’s husband, Asif Ali Zardari, served as President. The nation is still remembering his vocal voice for the supremacy of the country and advocacy for the Muslim cause. As this year PPP has decided to not to observe the 41st death anniversary of ZA Bhutto at Ghari Khuda Bux due to COVID-19 but the day will be not forgotten.