The economic and human challenges of COVID-19 on India

COVID-19 has infected over half a million people in the world and has taken the lives of over 20,000. There seems to be no vaccine or drug for preventing the spread of the virus in sight. The virus that originated from Wuhan in China has now spread to over 199 countries. Europe has now become the epicentre of the pandemic, with Italy and Spain reporting over 15,000 deaths. In the United States, over 80,000 people have been affected, and over 1,000 people have lost their lives. 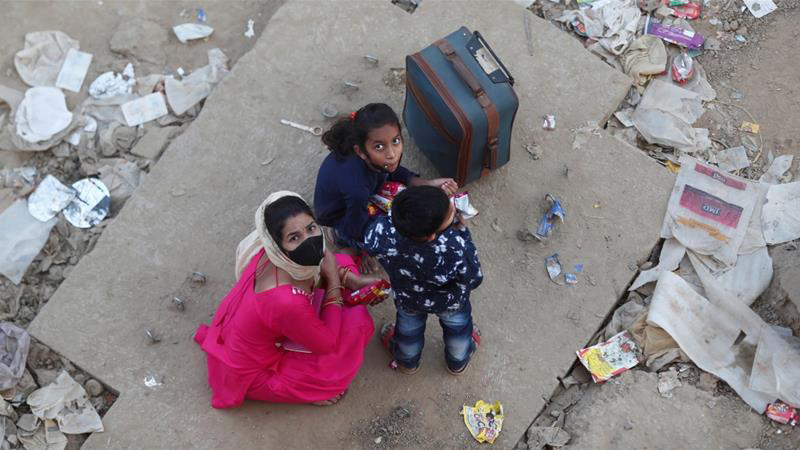 In India, over 700 cases have been reported and 20 people have lost their lives. India has, so far, tested 27,000 persons; for a population of 1.3 billion, these tests are insignificant. The exact magnitude of the epidemic will be known only when a large number of people are tested.

According to a report of Price Waters Coopers, India has one of the weakest public health care system among the middle-income countries. It has only 1.3 hospital beds for 1,000, which is much lower than the World Health Organization’s guideline of 3.5 beds per 1,000. Further, it has only 0.06 doctors per hundred compared to 1.8 to 1,000 in China. Due to a shortage of beds, ventilators and testing equipment, the spread of the virus would put a huge strain on the resources of the country. The inadequate number of testing kits will also result in the spread of the virus.

The Indian prime minister, after duly considering the preparedness of the medical infrastructure thought it prudent by announcing a 2-day complete lockdown to arrest the spread of the novel COVID-19, as an exponential spread of the virus would overwhelm the already stretched and inefficient public health care system. The lockdown has had a huge economic impact on both the people and the businesses.

Thousands of people, especially daily wage earners, have been seriously impacted. A large number of migrant workers who are employed on a contractual basis by Indian industries have become jobless. Most of the manufacturing companies have suspended their operations and have asked the workers to go home. The International Labour Organization estimates that as many as 25 million people could become unemployed with the loss of workers’ income of as much as $3.5 trillion.

In India, the exact magnitude of the number of people affected is yet to be determined. Despite the economic costs, the step taken by the government in enforcing a lockdown was necessitated to prevent the spread of the virus as this is the only approach that will lead to “flattening of the curve.”

The government has recently announced a fiscal stimulus of Rs1.70 lakh crores (around $20 billion), aimed at mitigating the lives of all those who have been hit the hardest by the lockdown. The government has also provided an insurance cover of Rs50 lakh ($66,633) each to about two million healthcare workers. The relief package also provides for cereals, cash transfers and supply of cooking gas for three months to around 800 million people. Although the stimulus is inadequate, but it is likely that more such reliefs will follow to mitigate the sufferings of the people.

COVID-19 is a wake -up call for India to improve its highly stressed and inefficient public health system. India, today, spends a meagre 3.66 percent of GDP against over 6.57 percent in China. Even smaller countries like Nepal spends 6.29 percent of GDP on health care.

The government has already taken steps to revamp the health care system in India by ordering critical equipment like ventilators. India also needs to improve its primary health care centres to reduce the burden on already stretched government-run hospitals. The Modi government is making all efforts to increase the supply of kits by approaching private medical equipment manufacturers to scale up the manufacture of testing kits. It has recently placed orders for 40,000 ventilators amid the rise in coronavirus cases.

It is here that India can learn from the experience of countries like China and Thailand, where a large proportion of cases are referred to primary clinics, reducing the burden on hospitals.Chinese primary care clinics are equipped with the state-of-the-art equipment, and most of the patients are treated in the clinics. India also needs to revamp its healthcare system by building more primary care centres and hospitals. A Price Waterhouse Cooper’s report states that India’s requirement in the next 20 years will be 3.5 million beds, 3 million doctors and 6 million nurses. This would require an investment of $245 billion in the next two decades if India wants to develop a world class healthcare service.

COVID-19 could not have come at the worst time when India is facing an economic slowdown. One hopes that Modi, who is known for his decisive leadership, bites the bullet by taking effective steps by revamping medical infrastructure to meet future contingencies. The primary importance of the country is to save lives by spending millions of dollars of its scarce resources to save the lives of its people.