Dynamics of escalation in South Asia and Pakistan’s nuclear threshold

The South Asian region has always been regarded vulnerable to military escalation based on its ever-changing complex security dynamics and volatile relations between India and Pakistan. Since the year 2019, the prevalent security environment of theSouth Asian region has once again become a dominant regional and global concern. 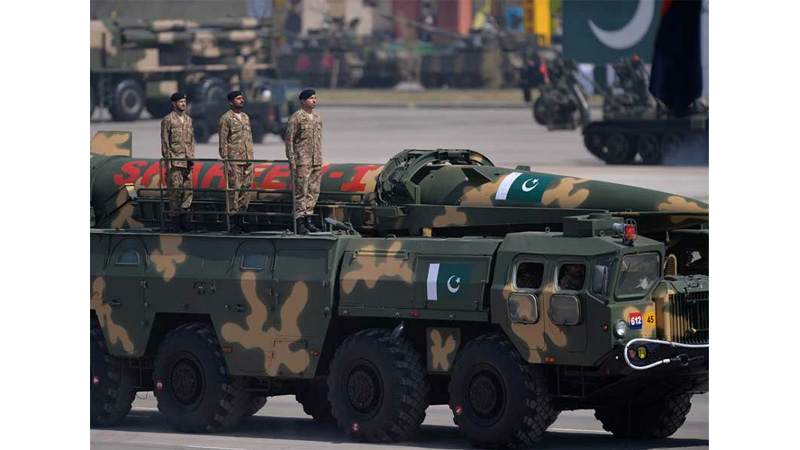 The world witnessed India’s continued brutalities in Kashmir and a prospective fear of a nuclear confrontation between India and Pakistan against the backdrop of the Balakot crisis. Moreover, in August 2019 India changed the special constitutional status of the held Kashmir region by revoking Articles 370 and 35A thus further adding to the volatility of the region. Despite the international criticism, India imposed a lockdown on the disputed region which is still reportedly continuing. This demonstrates India’s motives for dominating the escalation in the region with its provocative strategies.

All these factors would likely provoke Pakistan revisiting its nuclear threshold level vis-à-vis India’s aggressive and provocative policies to dominate the region. Based on India’s provocative strategies, there remains a continuous fear of escalation in the South Asian region which is adversely impacting regional security, stability, and strategic equilibrium. In recent years, India has continuously enhanced its counter-force offensive posture vis-à-vis Pakistan with the notion of ‘Surgical Strikes’ and its proactive war doctrines which include the 2017 Joint Doctrine of the Indian Armed Forces and the 2018 Land Warfare Doctrine (LWD).

All of them are based on proactive strategies and indirect threats of preemptive strikes against Pakistan aimed at challenging Pakistan’s nuclear threshold.

Furthermore, the recent technological advancements which form the very basis of India’s military expansion include its supersonic and hypersonic missile development programs, provision of an enhanced air defence shield, space capabilities for intelligence, reconnaissance, and surveillance, and its nuclear-capable submarines fleet.

India’s anti-satellite weapons test back in March 2019 is also indicative of this continuing trend. These technological advancements are clear indicators that India’s policies seem to deliberately dominate the escalation in South Asia and ultimately destabilize the deterrence equilibrium in the region. Indian approach to challenging Pakistan’s nuclear threshold is also evident in the February 2019 short-lived military engagement between India and Pakistan. India, under its notion of limited war and proactive strategy, threatened Pakistan with a ‘preemptive splendid first strike’ and had reportedly entered Pakistan’s airspace with fighter jets; this led to a dangerous escalation of hostilities at the political and military levels between both countries. The whole episode has also questioned the existence of Pakistan’s nuclear deterrence and, ever since there has been an ongoing debate at the domestic and international levels about nuclear deterrence and its applicability to such a critical situation. India’s sub-conventional aggression was appropriately met by Pakistan at the same level the very next day.

This would further strengthen Pakistan’s resort to neutralize the Indian challenge of breach of sovereignty in the form of low-intensity conflict in a much better position. In the same vein, Pakistan’s nuclear deterrence approach which over the years has evolved from ‘minimum credible deterrence’ to ‘full spectrum deterrence’ would likely remain a key component of the overall security apparatus. This posture provides deterrence against all forms of aggression from India with the combination of conventional forces and nuclear capabilities.

It is worth mentioning here that, Pakistan’s timely and calculated responses have all played a significant role in the preservation of minimum credible deterrence and the assurance of full-spectrum deterrence at the strategic, operational and tactical levels. The responses such as the development of intermediate-range ballistic missiles (Shaheen III), short-range ballistic missiles (Nasr), multiple independently reentry target-able vehicle (MIRV-Ababeel), air and sea-launched cruise missile (Ra’ad and Babur) and the speculated development of a naval second-strike capability all have played their role. Moreover, Pakistan’s induction of the tactical nuclear-capable ‘Nasr’ missile is also perceived as battlefield nuclear weapons in response to India’s aggressive and proactive strategies. It has further enhanced the deterrent value of Pakistan’s nuclear threshold and would likely serve as a ‘weapon of deterrence’, which aims to deny space for conventional or sub-conventional aggression and avoid any escalation-domination from India.

Hence, at present, Pakistan is being threatened by India’s conventional and unconventional military modernization and its proactive strategies, which India hopes would likely stay below Pakistan’s nuclear threshold. At the same time, Pakistan has been in an asymmetric equation of conventional forces vis-à-vis India, an equation that has led the former to preserve its security with the assurance of credible nuclear deterrence. However, time and again India has tested Pakistan’s nuclear threshold notably at the sub-conventional level as evident from the recent examples. Pakistan, which has been relying on its nuclear program to overcome both conventional and unconventional threats from India, needs to further enhance its deterrence posture at the sub-conventional level as well. This would likely remain a plausible determinant of the nuclear threshold in the years to come.

The writer is working as a Research Associate at Strategic Vision Institute, Islamabad, Pakistan