The Mysterious Life of Viruses

They are genius but evil, smart but deadly, companions but unfaithful while still deceiving science through their deceptively secretive selves. They are neither living beings nor are they nonliving. They are organisms that live on the edge of life. Outside the living cell, they are either in a crystalline form or inert state meaning they are lifeless. The world of viruses is one so amusing yet so frightening abode challenging the human life and baffling the limitations of science in countless vexatious ways. There is high need that the government promoted detailed and specialized studies in this sector as the outbreak of such viruses in the geopolitical future of the world has high stakes. The pool of experts on the national level is the need of time to cater for the impeccable management of any viral tragedies such as COVID-19 and alike. We must hope for the best but simultaneously be ready to meet out the worst.

Plainly speaking, a virus is composed of material called a genome consisting of either DNA or RNA. Some viruses could also have a protecting protein layer around it called capsid. RNA or DNA is to the virus like is brain to the humans. It controls the virus entity. Any virus could have either of them, DNA or RNA but could not contain both. More than 70% of viruses are RNA contained. Viruses are found in all living creatures like bacteria, humans, animals and plants. Unless they find an interaction with living cells, viruses are cold dead non-living things. When interacted with a life cell, they become wildly alive and evolve only to consume back the living cell that granted it life thus making them as unfaithful companions of Man. 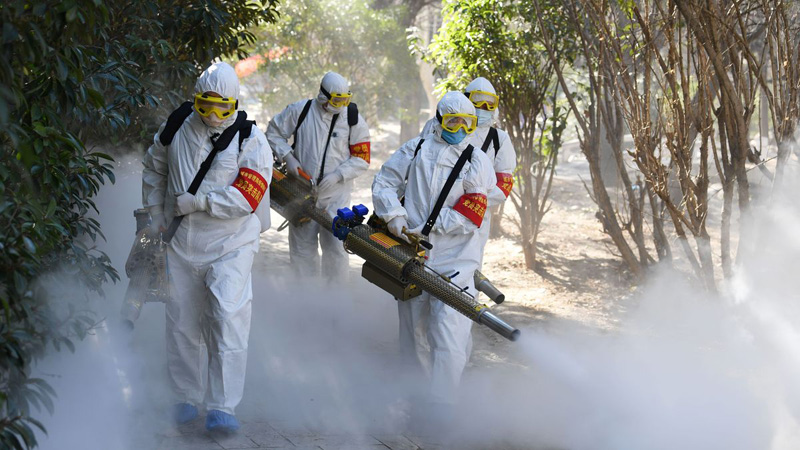 Once they penetrate a living cell, they encamp outside it with its lethal appearance and here it is named as Virion. From here, it transmits the genome material (DNA or RNA) into the host cell so that it begins its communication of transcription and translation by the host cell. This grand espionage network that virus develops around the living cell is fatally successful for the virus and the host cell falls a virtual prisoner to it. The Virion starts speaking from this point passing commands to the host cell to behave in certainly manner as it dictates. It’s the grand coup d’état that enslaves the living cell to this whimsical totalitarian pathogen. Virus genius seems to be advancing the evolutional intellect of the host cell as they even could derive an additional protective bilipid layer from the host cell. The host cell remains incognizant of the fact that it is arranging the instruments of its own destruction. This is where viruses are deceptive. The cell which engineered life before befalls eradicating it at the dictates of the Virion.

RNA contained viruses make the situation even more disappointing for us as the rate of evolution, transformation and growth called mutation rate is higher in these viruses than it is in DNA contained viruses. This mutation rate leads to the generation of virus variant and adaptability to its new host. You could recognize it today in some form with such traits, shape, and attitude and looks which might be more different and more complex the next day you happen to examine it in the host or new host cells. This increases their art of life as much as it decreases our want of having them dead. They are more complex than life itself.

More perplexing is tracing where they originated let alone how they originated. Science is speechless as of this age while having discovered the black hole images, scientists are still investigating how the present day viruses evolved by accumulating biochemical and genetic information to speculate the viruses history. They do not fossilize so carbon dating is useless here. They do not have a common ancestor. They are not only orphans but are also hard to trace. How and where did they come from, there are no finally augmented scientific conclusions for this answer but mere thoughts of abstraction and could be one of those sweet conspiracy theories. Some say they evolved in the times of bacteria but when asked how, there is no answer. Others say they are the angry family members who broke away from the existing DNA or RNA of the living cells but they too fail to establish how this could have happened.

Call it Molecular Biology, Microbiology or Virology but this is highly required field of national expenditure in parallel with our defense and strategic infrastructure. There must be careful and special attention focused on this sector as the horrors and hazards of bio warfare are elemental and who could deny any such possibilities. The state must expend in this highly scientific and critical area which is just second in importance to that of nuclear physics.

The writer is senior subject specialist of botany at the Education Department, Balochistan