* Shehbaz, Bilawal walk out of online conference after Imran Khan leaves session without hearing them 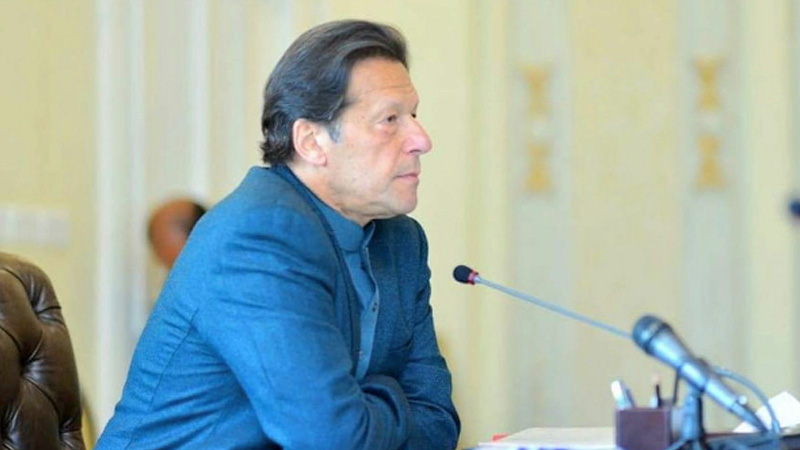 Prime Minister Imran Khan on Wednesday called for unity among all segments of the society including the political parties to fight and win the war against coronavirus as a nation.

“The government alone cannot fight and win this war against coronavirus. We can win this war together as a nation,” he said while addressing a meeting of the parliamentary leaders of various political parties through video-link. The prime minister, in his address, briefed the parliamentary leaders about the measures taken by the government since the outbreak of coronavirus in the Chinese city of Wuhan in December last, particularly after the arrival of Zaireen (pilgrims) from Iran via Taftan border. He gave an overview of the government’s response against COVID-19, including the establishment of a quarantine centre and a make-shift screening facility at Taftan, a remote area located 700 kilometers from Quetta.

The Prime Minister said that with Pakistan Muslim League-Nawaz (PML-N) and Pakistan People’s Party (PPP) having governments in Gilgit-Baltistan and Azad Kashmir and Sindh respectively, the government and opposition parties should sit together and take decisions to fight COVID-19 effectively. He said that the government’s decision not to bring its students back from Wuhan, despite the pressure from parents and media, went well in terms of checking the transmission of coronavirus from China to Pakistan. However, after the outbreak of coronavirus in Iran, the prime minister said, since Iran did not have the capacity like that of China to tackle COVID-19, Pakistani pilgrims had to travel back to Pakistan through Taftan border.

The prime minister recalled that when there were only 21 coronavirus cases in Pakistan, the government summoned the meetings of National Security Committee (NSC) and National Coordination Committee (NCC) and decided to go for initial lockdown through closure of educational institutions, suspension of sports activities, suspension of March 23 parade and other gatherings. He said that though he is opposed to the idea of complete lockdown for certain reasons, the provinces of Sindh, Balochistan, Khyber Pakhtoonkhawa and Punjab, which have the authority under 18th Amendment, subsequently went for lockdown, including the suspension of transport. He said as no country in the world initially opted for complete lockdown, the confusion on this issue still persists in Pakistan. “We should not go for complete lockdown,” he said, and viewed that the suspension of transport can hurt supply chain and cause shortage of essential items including food and petroleum products.

The prime minister said that with Gilgit-Baltistan already facing the shortage of petroleum products, the suspension of transport can also affect the vital economic activities like the harvesting of wheat crop and industrial production and cause unemployment. He further mentioned that the government had to intervene to get the port opened on Tuesday after the supply of pulses stopped due to the closure of port. He said as there is a continuous worldwide debate on the issue of lockdown, all the stakeholders in Pakistan including the political parties, should also debate the issue and re-assess the situation periodically. “When decisions are taken under fear and pressure, these affect the society,” he remarked, and mentioned that 25% of the country’s population is living below the poverty line. The prime minister said that all such issues including lockdown, particularly the suspension of transport, will be discussed in the meeting of National Coordination Committee (NCC) on Thursday (today). He said if Pakistan had to go for a complete lockdown and curfew, the government will have to supply food to people at their doorsteps, especially those living in slums and Kachi Abadis. The prime minister said that he will soon announce a programme of volunteers, who will work for supplying food to people at their doorsteps. Following his address, the prime minister’s move to go offline without hearing the speeches of major opposition leaders saw the meeting of the parliamentary leaders of various political parties through video-link end on a bad note as Leader of the Opposition in National Assembly Shehbaz Sharif and PPP Chairman Bilawal Bhutto walked out of the conference, citing the absence of the prime minister. “Is this his level of seriousness? He did not think it important to participate in the full session,” remarked Shehbaz. “The country is faced with the worst calamity in history and the premier is absent. If this is his level of seriousness, we too will not participate in the session,” he said, and regretted that the prime minister does not even realise that the session is meant to be a consultative one. “We did not have political designs in coming here. We wanted to sit down to debate on how we can save the country together,” he added.

Other members of the PPP and PML-N, however, continued their participation in the session. Addressing the meeting, Jamiat Ulema-e-Islam (JUI-F) leader Abdul Ghafoor Haideri said it is not the time to criticize or play politics as it is a matter of national security “and we have to get rid of the coronavirus collectively.”

Foreign Minister Shah Mahmood Qureshi while reacting to the walkout said that the move is beyond his comprehension. Briefing the participants, he requested Shehbaz Sharif to review his decision.