Schools, colleges and universities in Pakistan to remain closed till April 5 amid coronavirus outbreak 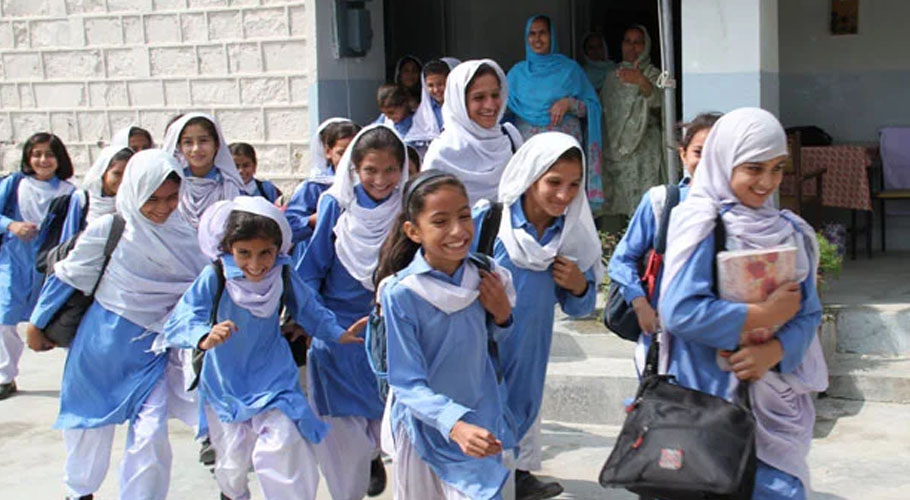 ISLAMABAD: All schools, colleges, universities and madressahs will remain closed throughout the country till April 5, 2020, the National Security Committee decided on Friday as Pakistan reported another new case of the coronavirus the same day, taking the total affected tally to 21.

Prime Minister Imran Khan today called an emergency meeting of the National Security Committee to discuss measures to prevent the novel coronavirus from further spreading in the country.

Chief ministers of all four provinces have been invited to the meeting, which will also be attended by ministers of defence, interior and foreign affairs as well as prime minister’s aides on health, economy, information and broadcasting and national security division. All three heads of the armed forces and the directors-general of Inter-Services Intelligence and Intelligence Bureau will also attend the meeting among other officials.
The decision came as another case of infectious disease emerged in Gilgit-Baltistan on Thursday. Pakistan has reported 21 confirmed cases of the virus so far and all of them had travel histories. The latest case was reported in Shigar, Skardu, where the case of a 31-year-old man who recently returned from Iran was found positive.

On Wednesday, a 14-year-old from Skardu had also tested positive for the novel coronavirus.

According to data shared by the National Institute of Health (NIH), over 0.8 million people have been screened so far, out of which 271 were suspected cases. Upon tests, 21 people were tested positive out of a total of 471.

On Thursday, the Punjab government declared a ‘health emergency’ in the province to deal with the novel coronavirus which has been designated as a global pandemic by the World Health Organisation (WHO). The decision was taken by Punjab cabinet after receiving a briefing on the novel coronavirus from provincial health officials. The cabinet was informed that as many as 3,964 zaireen who returned from a pilgrimage in Iran have been screened and kept under observation. A quarantine facility has been established in the southern Punjab district of DG Khan for 800 pilgrims returning from from Iran.

The cabinet was also informed that Chinese citizens in the province are also being screened for the mysterious contagion. A ministerial committee has been assigned to decide further actions.

Balochistan Minister Sardar Yar Mohammad Rind said all schools will remain closed till March 31 as a precautionary measure. “Action will be taken against schools that do not comply with the decision which has been taken after consultation with the health ministry,” he said. “Matric exams have been postponed. We’re in talks with to shut madrassahs as well. A decision regarding reopening of educational institutions will be taken on March 27,” he added.

In Sindh, where most of Pakistan’s coronavirus cases have been reported, the provincial government spokesperson denied claims the administration is hiding information regarding the spread of the mysterious contagion. “The Sindh government is not hiding any information about coronavirus or the number of patients in the province,” Murtaza Wahab told journalists in Karachi.

The Sindh government also announced that all educational institutions in the province will remain closed till May 30. “Summer vacations are being preponed in Sindh and schools in Sindh will reopen on the 1st of June 2020. Decision has been made by cabinet,” Wahab tweeted.

Meanwhile, Pakistani High Commission in London has suspended its services for an unidentified period amid rising cases of novel coronavirus in the United Kingdom (UK). The high commission has advised the visitors to use online services until further directions from the government.

The Pakistan International Airlines (PIA) has announced to initially operate three special flights to bring back all Umrah pilgrims to the country following the latest directives of Saudi Arabian government. The PIA administration has completed special arrangements for the return of iqama holders in Pakistan and repatriation of the pilgrims from Saudi Arabia.

More flights are also being planned by the PIA for the transportation of Pakistanis and it has advised all passengers to immediately contact PIA offices who are willing to travel to Saudi Arabia before ending of 72-hour deadline set by Riyadh.

Earlier, Saudi General Authority of Civil Aviation (GACA) in its circular sent to all air carriers operation from and to the airports of Saudi Arabia stated, “A time limit of (72) hours is given to citizen of the Kingdom and current residents holding valid Iqama to return to the Kingdom.” A hotline has also been established at embassies and consulates by Pakistan’s ministry of foreign affairs.