The politics of mediation

US President Donald Trump in India recently reiterated his desire to mediate the Kashmir dispute between India and Pakistan. This statement shunned Indian policymakers while Pakistan joyously welcomed it and PM Imran dubbed it a diplomatic victory. Nevertheless, it was a long awaited desire of Islamabad to internationalise the Kashmir dispute and to convince the international community for third party mediation in the protracted conflict. However, Trump’s mediation offer can be tricky in its nature. 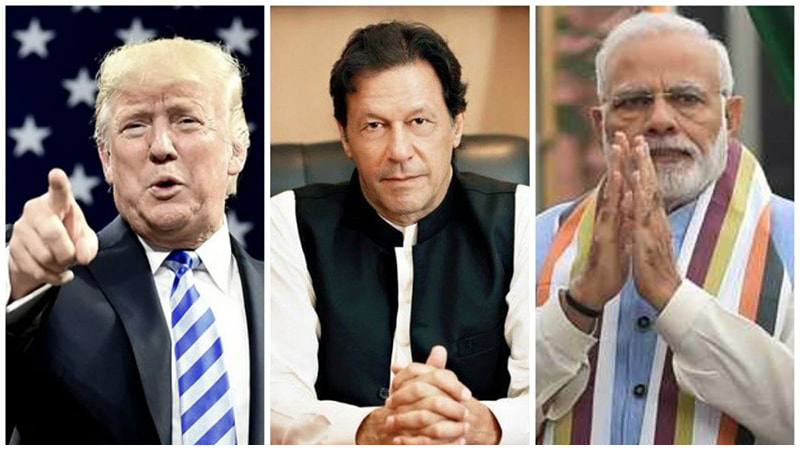 Trump’s desire to mediate between two South Asian rivals primarily emanates from the dynamics of American domestic politics. From “Afghan Peace Deal” to “Middle East Peace Plan”, Trump seems in a hurry to showcase as many foreign policy achievements as he can in front of American public before the next Presidential elections. He had built his image as a deal maker in 2016 and now he wants to solidify it through such instances that help in reducing overseas American military commitments and saving billions of dollars. Also, Trump likes signing deals and treaties and wants to see his name in history as the most successful president of the US.

The regional strategic environment is the second most important factor that has pushed Trump to reiterate his desire to mediate between India and Pakistan. The signing of Afghan peace deal would limit American presence in the region. Therefore, through espousing the role of a mediator in South Asia, Washington wants to keep its active footprints in the region. The China factor cannot be ignored in the overall strategic environment. The US does not want to see Pakistan slipping out of its influence. This has been overtly stated by Alice Wells, Deputy Assistant Secretary of State for South and Central Asian Affairs. Predominantly, Washington has calculated that it can further engage Pakistan through talking about Kashmir.

Trump’s mediation offer has not disturbed the confidence of the Indian establishment. No significant statement from the top level shows New Delhi is confident that the offer would not convert into a well-planned American policy towards South Asia. Apart from the White House, Pentagon and State Department have relatively observed silence over the Kashmir dispute, which depicts the future of such mediation offers.

Trump’s mediation offer has not disturbed the confidence of the Indian establishment. No significant statement from the top level shows New Delhi is confident that the offer would not convert into a well-planned American policy towards South Asia

Further, Trump’s intermittent attitude raises doubts on the sustainability of this policy. From 2015 till to-date Trump has taken many U-turns over India and Pakistan relations. His depictions about Pakistan from ‘most dangerous country in the world’ to ‘fantastic country’, clearly demonstrate his sporadic behaviour, which could be changed with one specific event. Likewise, just like Israel in Middle East, India has emerged as an offshore balancer of the US in Asia Pacific. Renaming of US Pacific Command as Indo-Pacific Command illustrates Indian significance in American strategic calculus. Therefore, it is difficult for the US and Trump to annoy India over Kashmir dispute.

Furthermore, the US has never been a nonpartisan mediator, which is a prerequisite for any mediation process. It has used mediation to further its influence and interests in respective regions under the disguise of conflict resolution. Resultantly, conflicts could not resolve, however, the interests of American military industrial complex and American allies protected in due course.

Trump’s four years in the White House suggest that he might not be proved a reliable mediator for Pakistan. His Middle East plan is one of the most recent outcomes of his so called mediation between the Israel and Palestine. It is a glaring example of Trump’s partisan approach to such protracted conflicts. After Middle East Peace Plan he has eyed on the South Asia peace plan.

To conclude, Islamabad needs to understand that neither every mediator would be supportive of its stance nor every mediation offer would be effective enough to settle Kashmir. It should be kept in mind that the mediation offers are often based on political motives with strategic and political objectives. Hence, Pakistan needs to prudently develop a comprehensive strategy that might effectively favour its own stance and protect its interests.