Health ministry imposes ban on display of cigarettes at shops

In the latest Statutory Regulatory Order (SRO) published in the Gazette of Pakistan, the government of Pakistan has issued stringent guidelines for the tobacco manufacturing companies and retailers who sell cigarettes and other tobacco products. 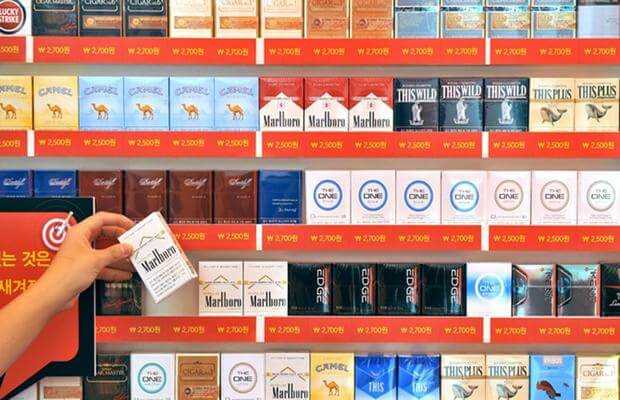 It further stated, “tobacco products cannot be advertised by display and visibility of tobacco products at, either inside or outside of a point of sale, including mobile or fixed retail outlet and the street vendor or any other place” is prohibited.

To put it simply, as per the latest directive of the Ministry of Health Tobacco Control Cell, retailers have been barred from displaying cigarettes at all shops and will now have to keep them hidden. The same rule also means that the shopkeepers cannot market/ advertise cigarettes at the front of their shops through printed material.

Earlier, a notification was issued stating that in exercise of the powers conferred by Section 7 of  the Prohibition of Smoking and Protection of Non- Smokers Ordinance, 2002 (LXXIV of 2002) and in suppression of its previous notifications or orders on the issue, the committee on Tobacco Advertisements Guidelines notified under notification No. F. 10-14/2013-FCTC (Pt-1) dated 26th September, 2018 is pleased to prescribe the guidelines regarding tobacco advertisement, promotion and sponsorship namely.

No tobacco or tobacco product advertisement, promotion and sponsorship shall be allowed in print media, including a newspaper, magazine, book, periodicals or any printed publications, except as provided by the Federal Excise Rules 2005.