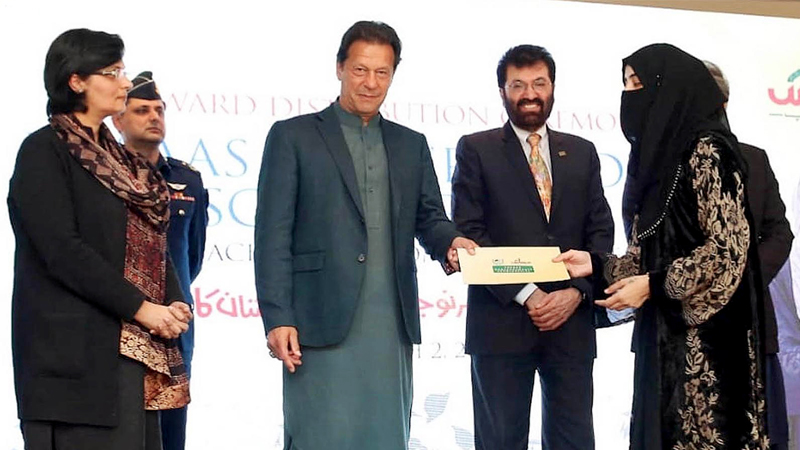 Prime Minister Imran Khan on Monday said that provision of relief to low-income segments of the society and fulfilling their basic needs is the foremost responsibility of the State.

Chairing a meeting regarding provision of relief to low-income groups, the prime minister said the government is trying its level best and is committed to ensuring meeting basic requirements of the low-income segments of the society. He said the government is providing subsidy to provide basic essential commodities through the Utility Stores network so that people can easily purchase flour, ghee, sugar, and pulses on affordable prices.

The prime minister directed to deliberate upon the proposals to provide further relief to the low-income groups, adding that the doable proposals will be effectively implemented.

About shelter homes and Ehsaas kitchen programme of the present government, the prime minister said the initiative is the practical manifestation of the government’s commitment to assist and take care of the down-trodden segments of the society. He appreciated the partnership of private sector and well-off people with the government in this noble cause to assist the helpless and weaker segments.

Meanwhile, the prime minister in a Twitter message said that it is good to see that cabinet decisions to reduce inflation, including subsidy on products through Utility Stores, have started to bear fruit. He said that inflation rate for February showed decline by more than two percent against January’s. “We will continue pursuing measures to bring down inflation and reduce burden on the citizens,” he said.

Separately, Prime Minister Imran Khan Monday formally launched the Ehsaas Undergraduate Scholarship Programme, under which initially 50,000 scholarships will be awarded to the deserving students from the poor segments of the society.

Addressing a scholarship certificates distribution ceremony, he said the present government has taken the responsibility of the weaker and downtrodden segments through launch of multiple social security initiatives under the flagship Ehsaas programme. He termed the scholarship programme as a giant step towards uplifting the social and economic conditions of the deserving students, with ample opportunities to excel in life and serve the nation and country. He said in the first phase, a total of 50,000 scholarships will be given to the deserving students from 119 public-sector universities.

The prime minister said the launch of Ehsaas programme is another milestone in the roadmap towards transforming the country on the pattern of State of Madina. He said the State of Madina was the most successful model in the world in which the state, despite having limited financial resources, took the onus to support its weaker and downtrodden sections of the society.