Prisons — chapter of history, and lessons to be learned

History is, where buried stories of courage, struggle, kindness, love, wisdom, hope, humility, along with that of destruction, barbarism, killings, bloodshed, , cruelty, oppression, injustice, tyranny. History is the best teacher to learn, to find out the hidden truth, to get guidance for the future and to select a path of life leading towards success and prosperity.

There were times when the invading armies carrying out brutalities, killing, rape, the murder of innocent citizens also targeted the historical monuments, buildings and heritage sites to show their superiority and might, even not sparing books and manuscripts. We all are aware of how Changaze Khan after constructing towers of human skulls destroyed and burned precious books and historical documents in Bagdad, Iraq. In Indo-Pak subcontinent many historical buildings were deprived of their precious stones and decorative objects by Sikhs, British and Muslim invaders. British took away whatever they could to England to make them a part of their museums including the famous diamond “Koh e Noor”, thus attracting a large number of tourists and researchers

Famous historian and writer William Dalrymple in his recently concluded Lahore Literary Festival 2020 at the launch of his book “The Anarchy”, started his speech with these words quote, “The first Urdu word to get into the English dictionary is Loot”. These are the best-defined words to portray, depict and describe the loot and plunder by the British in the Indo-Pak subcontinent. The moveable valuable artifacts, precious stones, and articles of historical importance, they shipped to England. Fortunately, they could not move countless buildings of historical significance.

With the awareness and spread of education, people around the world realized the importance f historical monuments, sites, manuscripts and all such valuables having any links with the past of mankind. With this realization, nations around the globe stared preserving them, be they belonging from the distant past or near past.

Throughout the world many places famous for their notorious backgrounds have been preserved and turned into museums for the people to learn a lesson. As Ghalib said, “Dekho mujhay jo dida-e-eibrat nigah ho” (just look at me and learn a lesson). One famous such place is Tower of London, built 900 years back and used not only as royal residences but as a prison and torture cell too. Here in this prison not only common thieves, murderers, conspirators, and politicians but kings, dukes, ladies and religious scholars were kept as prisoners. The Tower Of London is one of the most visited places around the world by the tourists, and the tourism of England is not shy to let people know this famous notorious jail and a place of torture to the world with complete history being narrated by the guide how kings, queens, royals, and the general public were imprisoned here in inhuman conditions and were tortured and executed. Recently Bangladesh’s oldest jail opened to the public. This jail for almost two centuries old, and known as Dhaka central jail, is a living symbol of the history of struggle in which many towering personalities who stood up against the injustice and raised the voice for the rights of the people were incarcerated. They included Bangladesh’s father of the nation Sheikh Mujib Ur Rehman. In the same jail, many prisoners were hanged to death including some who committed so-called “war crimes”. The decision to turn the famous jail into a museum by the government of Bangladesh is definitely in line with many such jail museums around the world. Noble laureate Nelson Mandela remained behind bars for 27 long years, the prison in which he spent some of the most arduous, hard and rugged days of his life. One of such prison at Robben Island in which the great leader spent 18 years is now one of the most visited places by the tourists and historians from all over the world, including the world leaders, to pay their respect to the man who had to take a “Long Walk to Freedom”. It’s ironic that though we the Pakistanis are in twenty-first century, our governments never take such steps to honor and recognized the sacrifices of great leaders who spent their days in deplorable conditions in various jails all over the country. 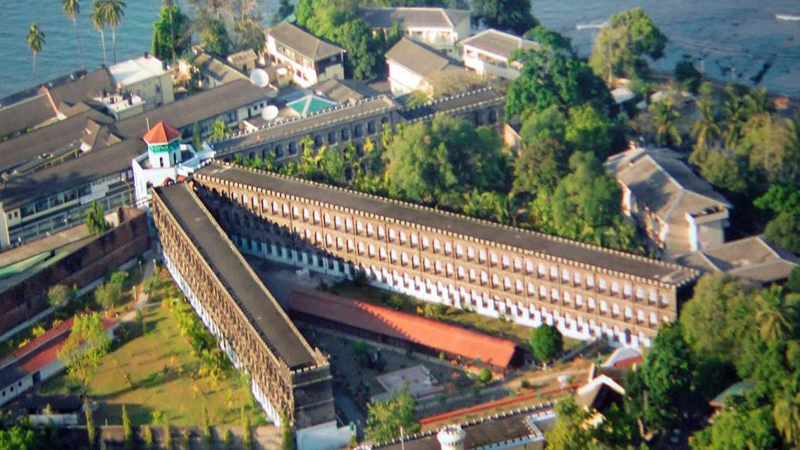 The history of the Indian subcontinent has witnessed many towering personalities spending years and years in jails on fabricated charges. The Johar brothers (Muhammad Ali Johar and Shaukat Ali Johar) were put under trial in the Denso Hall, Karachi, subsequently to get prison term in Karachi Jail, but neither the Denso Hall nor the Karachi Jail’s particular cell have been preserved for the students of History. Same goes to many other jails spread all over the country. In Lahore, Kot Lakpat jail is famous for housing many towering personalities which include former prime minister Mian Nawaz Sharif, Zulfikar Ali Bhutto, poet Habib Jalib, and also revolutionary Bhagat Singh. it’s from here he was taken to Shadman Chock to be hanged. In the Hyderabad central jail renowned poet Faiz Ahmed Faiz along with those accused of conspiring to overthrow the government of Liaquat Ali Khan, was imprisoned, from where he wrote classical poetry and letters to his wife. Jails all over the world hosted great literary personalities, and during the prison terms great literary works were produced by those inmates. Faiz Ahmed Faiz while as a prisoner and being taken to court in a Tonga wrote one of his best poem “Ajj Bazar Main PabaJaulan Chalo”. Faiz Ahmed Faiz was not the only one from the community of writers and poets who had to face prison terms like Habib Jalib, Manto it’s a long list but memory of those shinning stars has not been kept alive in the jails where they were kept and from where they produced remarkable and outstanding literary works

Nelson Mandela’s “Prison Letters” are most widely read letters, along with his book “Conservation with myself”. ZA Bhutto wrote secretly “If I am assassinated”, which was banned by the Zia government.

Another (in)famous jail of Pakistan is Rawalpindi central jail in which the most charismatic leader of the third world ZA Bhutto was kept as a prisoner and hanged to death on April 04, 1979. The man who gave unanimously agreed on the constitution to the country was kept in a “Stinking death cell” ZA Bhutto is still ruling the hearts and souls of millions of the poor of the country. The military dictator was so afraid of Z A Bhutto that after his “Judicial murder” The Rawalpindi central jail was demolished and at its place a park was built. Those who had threatened him to make a “Horrible example” have faded away in history, but the very name Bhutto has become a symbol of struggle and truth, a symbol of leadership and courage. The demolished Rawalpindi central jail should have kept as it was along with a tiny death cell in which ZAB passed his last days and should have turned into a monument for the future generations of the country, as it would have been a great source of inspiration and tourist attraction not only for the world leaders but for the students of history. It’s not even late, the death cell in which ZAB was kept and the gallows on which he was hanged must be rebuilt at the same place along with a museum and a library showing the various articles of that great leader’s daily use, his remarkable speeches, his belongings, photographs of his struggle against the doctorial rule. Such a place if recreated will show the word our soft image that we had a leader like ZAB who talked of the rights of poor and downtrodden and who was respected the world over. A couple of years back when I visited The Richard Nixon Library and birthplace at Yorba Linda, California, USA, I overcame with emotions and a deep sense of respect for ZAB upon noticing a huge photograph of ZAB along with late President Richard Nixon just at the entrance, this indicates the importance of ZAB in the eyes of the world leaders.

The writer is ex-marine engineer, presently serving at a private power plant