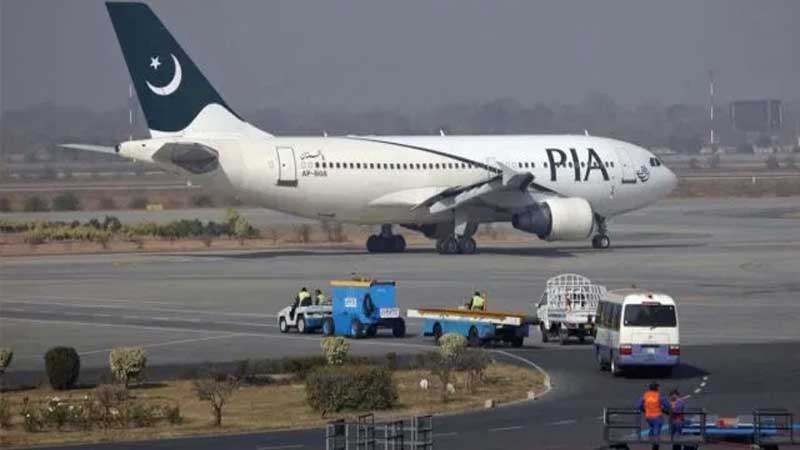 Pakistan on Thursday shut schools in several areas and suspended flights to and from Iran to try to stop the spread of new coronavirus, after reporting its first cases of the infection, officials said.

Authorities shut schools in Sindh, including Karachi where the first case was reported, and Balochistan, which borders Iran. They also began to trace nearly 8,000 pilgrims who recently returned to the country from Iran.

The Civil Aviation Authority said it is suspending all flight operations with Iran starting from Thursday evening till further notice. “We have decided to close the flights with Iran,” aviation’s spokesman Sattar Khokhar said.

Sindh Chief Minister Murad Ali Shah said the 28 pilgrims whom the first cases were part of have been traced and will be scanned and monitored. “We’re going to the next step,” he told a news conference in Karachi, adding that the Sindh government is out to trace all the 1,500 people who returned to the province from Iran in the month of February. There are a total 8,000 such pilgrims across the country, he said. “We’re locating each one of them,” Shah said, adding they will go through 15 days of strict monitoring before being allowed to leave their homes. Shah said all these people and anyone who have got in touch with them has to be isolated.

On Thursday morning, Special Assistant to Prime Minister on Health Dr Zafar Mirza called on people who have recently travelled to virus-hit countries to call on the helpline. “If you or somebody you know have recently returned from China, Iran or a country where #COVID?19 is prevalent and if there are symptoms like fever, cough, difficulty in breathing, please report by calling at 1166,” he said.

The 22-year-old first patient from Pakistan travelled to Iran where he acquired COVID-19, Media Coordinator to Health and Sindh Population Welfare Minister Meeran Yousuf said in a statement. The patient travelled from Iran to Karachi by plane on February 20. He and his family have been placed in quarantine and the Health Department is in the process of examining all the passengers that he travelled with, the statement added.

Yousuf said the Sindh government has informed the federal government, World Health Organisation and other partners about the confirmation of the virus in the patient. “The passengers who travelled with him were exposed as well; we will track down all the passengers and carry out their tests,” she said.

“It’s a very alarming situation. Not only his case couldn’t be detected in Iran or in Pakistan when he reported at the airport, he roamed around freely in the city for almost a week during which he must have interacted with a lot of people,” said Dr Qaiser Sajjad of the Pakistan Medical Association, adding that all those people who had travelled with him might also be at risk of contracting the disease. This whole episode, he said, has put a question mark over the government claims that scanners have been installed at airports to detect cases of highly infectious coronavirus.

According to a spokesperson for Pakistan Institute of Medical Sciences (PIMS) in Islamabad Dr Wasim Khawaja, the coronavirus test results for a patient who came from Skardu were positive. He said that the patient visited Iran a month ago, adding that his condition is ‘out of danger’.

The Foreign Office on Thursday said it is actively engaged with the Iranian government to deal with the spread of coronavirus and the evolving situation. Spokesperson Aisha Farooqui at a weekly news briefing said Pakistan fully supports the efforts of Iranian authorities in managing the outbreak of the virus. “We stand in solidarity with them.”

She said Pakistan’s embassy and two consulates in Iran are alert and monitoring the situation closely and are reaching out to the Pakistani community there including Zaireen and students. Helplines have also been established in the embassy and the consulates to provide necessary updates and assistance to the community members, she added.

The novel coronavirus has killed over 2,800 people and infected more than 82,000 in 34 countries, although the vast majority of cases remain in China, according to the World Health Organisation (WHO). The virus is believed to have originated late last year in a food market in the Chinese city of Wuhan that was illegally selling wildlife. Health experts think it may have originated in bats and then passed to humans, possibly via another animal species.