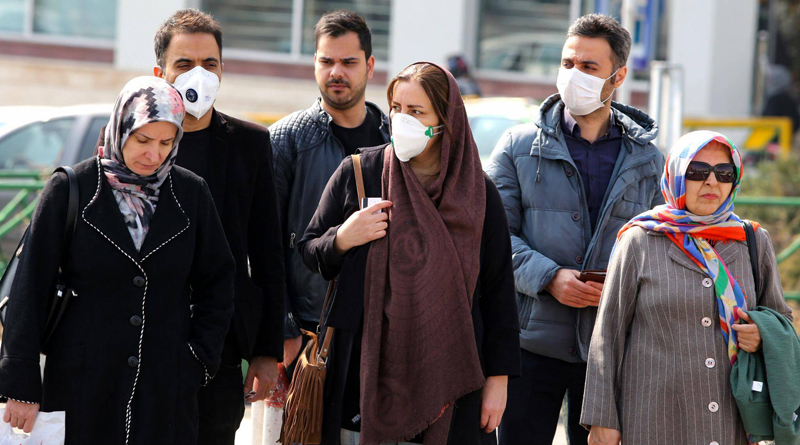 Iran said on Thursday its death toll from coronavirus has risen to 26, the highest number of fatalities from the virus outside China, and the total number of infected people now stands at 245, including several senior officials.

Those infected include Masoumeh Ebtekar, the vice president for women and family affairs, and the country’s deputy health minister Iraj Harirchi. Ebtekar’s case was said to be mild and she has not been hospitalised.

“In the last 24 hours, we have had 106 (new) confirmed cases … The death toll has reached 26,” Health Ministry spokesman Kianush Jahanpur told state TV, calling on Iranians to avoid ‘unnecessary trips inside the country’.

Jahanpur said there are plans to impose some restrictions at holy sites and cancel some sermons on Friday. “But it needs the approval of the president before being carried out,” he said, adding that hundreds of those suspected of being infected by the virus have recovered and been discharged from hospital.

Meanwhile, Iran’s Foreign Ministry said some 20,000 coronavirus test kits and some other material will be delivered to Iran on Friday from China. “A Mahan Air plane will transfer this cargo, which has been prepared by China’s Red Crescent, to Iran,” said the ministry’s spokesman Abbas Mousavi, according to state TV.

The death rate among confirmed cases of the virus has been much higher in Iran than elsewhere. The World Health Organisation has said this is likely due to the country’s surveillance systems not yet picking up mild cases.

Authorities, including President Hassan Rouhani, said on Wednesday that Iran has no plans to quarantine any ‘cities and districts’ despite the sharp rise in numbers in a short time.

Officials announced Iran’s first deaths and infections from the coronavirus as recently as last week. However, Jahanpur said the government has extended its closure of cinemas and temporary ban on cultural events and conferences for one more week.