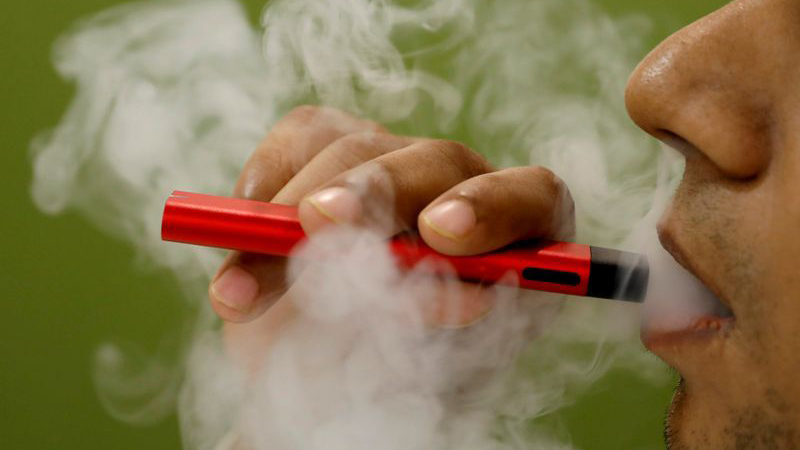 New Zealand’s government said on Sunday it will introduce laws banning all advertisements of e-cigarettes and the sale of such products to people under 18 in a move to regulate a market that has been under pressure globally.

A string of vaping-related deaths and illnesses tied to e-cigarettes, which allow users to inhale nicotine vapour, often flavoured, without smoking, have been reported in the United States, leading to lawsuits and restrictions.

The New Zealand bill, posted on the health ministry’s website, also seeks to ban e-cigarettes and smokeless tobacco in smoke-free areas, restrict who can sell them and give the government the powers to recall or suspend vaping products.

“We are making sure that we are protecting our kids but at the same time ensuring that smokers who want to use vaping as a quit tool still have access to those products,” Associate Health Minister Jeny Salesa told state-owned TVNZ.

Although the number of people smoking has steadily fallen in New Zealand, according to official data, nearly one in eight adults, or close to half a million people, are regular cigarette smokers.

The government said in the bill, which will be proposed to parliament on Monday, that it “acknowledges” that vaping and smokeless tobacco products are less harmful than smoking and the bill would exempt vaping products from some of the provisions that apply to tobacco products.

“(The bill) enables all retailers to display products in-store, in contrast to requirements that require tobacco products to be out of the public’s sight,” the government said.

In the United States, the Trump administration earlier this year banned some popular e-cigarette flavours to curb rising teenage use of vaping products, allowing only menthol and tobacco flavours to remain on the market.

The New Zealand government came short of prohibiting flavours, but the bill limits general stores, such as convenience outlets, to selling only three flavours: tobacco, mint and menthol.

“Flavours may be used to attract children and young people to vape or use smokeless tobacco products, however, they also seem to be an important factor in supporting smokers to switch,” the government said in the bill.