Unlike many other new capital cities in the second-half of twentieth century, Pakistan was lucky to have its new capital city of Islamabad designed by the most prominent architects and planner in the world. Unfortunately, after 59 years Pakistan is looking miserably failed to develop its capital with the characteristics of an ideal city despite utilizing adequate resources. Now it’s time to revise master plan of Islamabad and realigned it with the appropriate changes which are necessary. Current government showed its interest to revise the master plan but first it is necessary to identify the deficiencies in master plan of 1960 which must be considered on priority basis in the new revised master plan. 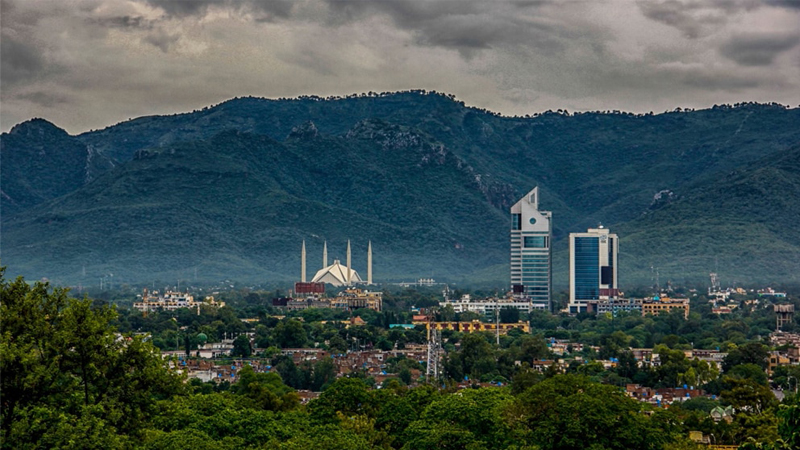 Konstatinos Apostolos Doxiadis, a Greek firm was hired to design the master plan of new capital, who made it on the basis of the old Greek philosophy of extreme class segregation, elites on the upper portion near the city center and people with lower income on the other hand, far from the vital areas. Though geographically Islamabad become one of the most beautiful capitals in the world but many design faults were overlooked at the time of its inception. Capital Development Authority (CDA), the administrative and governing body of capital was given absolute powers to develop an ideal city. Initially total area of Islamabad, which was acquired by CDA was seventy thousand acres and Zone-5, which was owned by public, consists of sixty thousand acres. According to master plan of Islamabad this Zone-5 was park area. CDA impose restriction on the sale, purchase and development on this public property which is confronting the article 23, 24 of constitution of Pakistan that property is the fundamental right of public. This was actually a design fault that without acquiring proper land CDA imposed different laws regardless of thinking about the consequences.

Constitutionally, master plan of Islamabad should be revised after every 20 years but unfortunately our last governments didn’t ponder upon its revision. Many problems in the form of slums, shortage of water, absence of metropolis urban transport are caused by this delay in revision of Master Plan of 1960. Water problem in the capital city is becoming worse every year and the Simly dam and Khanpur dam, the largest reservoirs for drinking water cannot fulfill the water demand of the city. Now CDA is looking toward Ghazi Brotha and Tarbela dam for conduction of water to Islamabad as currently Islamabad is facing more the 50 million gallon of water daily (MGD). Population of Islamabad is growing at a rate of 5.7 percent per annum and it is expected that it will increase to 5 million by 2050, so in the revised master plan of Islamabad, appropriate steps must be taken to fulfill the water needs for forthcoming years.

Constitutionally, master plan of Islamabad should be revised after every 20 years but unfortunately our last governments didn’t ponder upon its revision. Many problems in the form of slums, shortage of water, absence of metropolis urban transport are caused by this delay in revision of Master Plan of 1960

After 1973 constitution, provincial assemblies were established in all provincial capitals but Islamabad remained a federally administrated federating unit without an assembly. That’s why it took more than two years to come of the agenda of Nationally Assembly to pass the bill of banning the plastic bags in the capital. After 18th amendment every province is fiscally and administratively decentralized but no concrete decision was made about the future of Islamabad which is still dependent on National Parliament for its matters. In India Delhi has its own assembly and as a federating unit it is not dependent on Parliament of India. Islamabad is the only federating unit with only one tehsil, one district, one federating administration which is governed by chief commissioner, one municipal corporation which is functioning under the Mayor’s office and one development authority, CDA, which is looking after all development related tasks. As long as this complex division of power is not given to one body, the problems may not be solved as per expectations.

Shehzad town and Chak Shehzad areas were selected in master plan for different types of farming in order to meet the needs of meat and food for the capital. Powerful land grabbing mafia and elites taken over this precious land on very nominal rates and instead of farming they have built their luxury villas for their residence. Former President Pervez Musharraf also have a farm house in Chak Shehzad but only a big house is there and no farm can be seen at all. Adjacent to Chak Shehzad, the CDA had planned a housing scheme with plot sizes of 30 by 80 feet for the local villagers. A number of these plots were given to journalists, however, most of them were purchased by the land-mafia and then resold at higher prices.

During the nineteen eighties the development of new sectors were halted in capital and the land prices went extremely high. The upper level bureaucrats, landlords and elites started exploring other options and emergence of slums started. Bani Gala, where the cost of per marla was only RS35000 at that time, was best area with beautiful scenic views and best air quality. These powerful people started buying large plots to build their luxury houses and the solution of disposal of sewerage was sought by discharging into the Rawal Lake. In 1983, construction in Bani Gala was declared illegal by the CDA and an operation was started to demolish the unauthorized construction. But the native armed villagers who were backed by the land-mafias, brought out who perceived their financial interests being threatened. In the confrontation between the police and armed villagers, two villagers were shot dead, this effective strategy of clash with law enforcement institutions of influential personalities proved decisive and Prime Minster exempted Bani Gala from CDA’s jurisdiction. Today, this precious land had been spoiled by the urban sprawl which is also badly polluting the Rawal Lake by its huge amount of waste water, from where drinking water is supplied to Rawalpindi.

Now it should be food for thought for policy makers that what kind of Islamabad they are looking forward. Should Islamabad remain an elite city where only high ranked army officials, bureaucrats, landlords and politicians can live or it ought to be a city where no class segregation exists and it became equal livable for all income classes? It all depends on the new Master Plan of Islamabad which current government is going to revise. Nation is expecting more from the commission formed by the government to revise the Islamabad Master Plan as the leading planning tycoons like Nayyar Ali Dada and Ali Asghar Khan are also member of the commission.