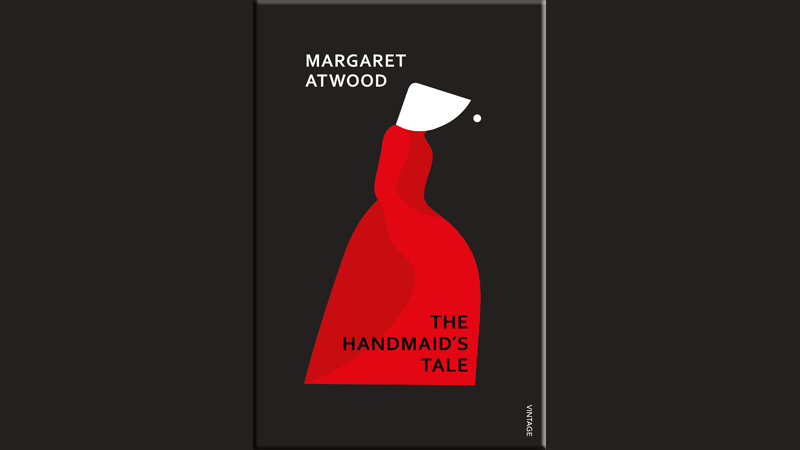 It took me a while to digest Margaret Atwood’s novel The Handmaid’s Tale. When I first start reading this novel, I had no clue what world I was about to discover and let me tell you it was all doom and gloom. The storyline was disturbing and stayed with me for days.

The Canadian author has hit all the right buttons to stir up the reader’s uneasiness. The dystopian world she describes in the novel is stark and skewed by religious fundamentalism. Written in 1985, the story revolves around Offred, a handmaid (female slave) in the new Republic of Gilead. The Gilead was formed after attacks on US government. The totalitarian state that took control has rigid laws against women. Women rights like equality, sexual reproduction rights and general human rights are deemed punishable by the men of the society. The fictional world has food rationing, class hierarchy and public hangings for wrongdoing especially for women. Does this ring a bell?

Offred (not the real name) is part of class called the handmaids. The purpose of handmaid in the society is to conceive and bear children for the families. They are dressed in red colour and symbolism of fertility. Women here are only considered for childbirth and taking care of household. The Commander, where she lives as handmaiden, sees her as more than simply a surrogate. Serena Joy, the Commander’s wife, is naturally jealous of Offred, but she is desperate for a child so, when Offred fails to become pregnant, Serena Joy arranges for her to sleep with Nick, the chauffeur.

Offred is reluctant to accept this world and she cannot suppress her desires. This is why she thinks about her past life and how one day she can leave this dark world. The end of the story leaves you in suspense of whether Offred has found the freedom or prison.

Offred is part of a class called the handmaids. The purpose of handmaid in the society is to conceive and bear children for the families. They are dressed in red colour and symbolism of fertility. Women here are only considered for childbirth and taking care of household

The narration is very erratic as it jumps between past and present, and at times makes you confused due to obscure description. It is what author has emphasised to show in the novel. She wants readers to be perplexed while reading the novel because the world of Gilead is extremely disturbing and secretive.

The story is about power, fundamentalism and misogyny. It’s horrific but somewhat true to reality. I felt hopelessness and sadness while reading this story.

A word of caution: this may not be a happy read. So if you want to have a nice weekend, do not pick this novel. The reviewer is an English Literature student and a freelance writer.

The writer can be reached at madihaakhtar16@gmail.com