Embellishing the so-called glory of PTI

The rights and feelings of the Pakistani nation have always been compromised and mashed by the higher authorities down simultaneously. With no wonder, right after each elite governments have committed for the stability of country but all those commitments remained on the piece of official papers concerned only. Something with what most exasperating and disturbing plot the current ruling party (PTI) Pakistan Tehreek-e-insaf shaped is, whatever or wherever it possessed position on, all based on empty promises. If we dig the foundation of this regime, we will confront only broken and shattered dreams which PTI threw the curtain of the most transparent country in front of our eyes. 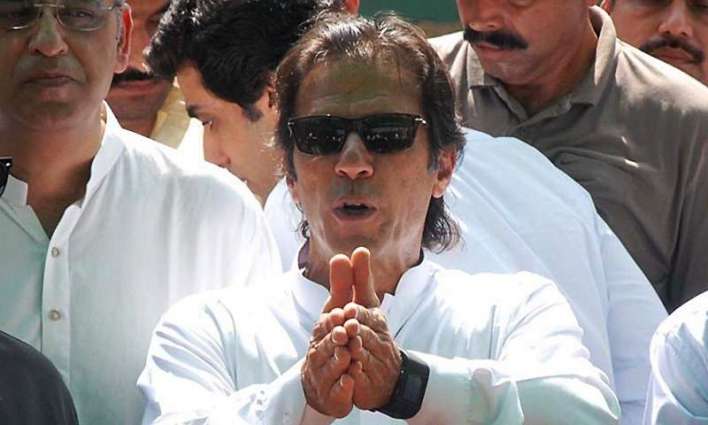 Let’s embellish the so-called glory of PTI; PM Imran Khan proclaimed that they would lift people out of poverty. Do the quoted words really frame on to the present condition of Pakistan? The inflation has birthed flabbergastation for even well-to-do class, their screams have placed socio-political terms, how will be the situation of poor and Middle Class, just imagine! “My salary is not enough to cover the expenses of my own household”, PM said. Sir, this is how every individual Pakistani is pleading over the fatigue created. If our PM cannot run his household with salary 201,574 (all major expenses including protocol) how can you expect a common citizen to undergo a salary of 17,500?

Second, PTI assured to crack corruption down among the elite. Under this spineless government, Pakistan has raised three-step onwards in corruption relating to the reports issued by Transparency International (TI) earlier. The Transparency International precisely notified that Pakistan has moved on 120 number among 180 countries. Comparatively, it was on 117 previous years. Is that something New “Naya” you were talking about? Now celebrate the victory!

Third, PTI pledged to impart 5 million jobs. For your kind words, which jobs were you talking about sir? I can only see people roaming around with their petition and underdog with an unchallenged title. Those words have now become nostalgic regards. How does it look nearer to your perception where about the promulgation of healing wounds of people when you can do nothing but with a card of unemployment certainty. People are tired of unemployment and are now committing suicide. Who to blame? Is it suicide or murder of youth with high handed supremacy? people who once had roofs under their heads are now on the streets. They cannot manage to eat 3 times of food. The ridiculized state of affairs has marginalized indigency, pauperism and unemployment all over the country that is imperatively discorded to what we, the common people are asking for. The funeral of employment will first be taken up by the exceptional ministers and team of PTI.

Fourth, Pakistan Tehreek-e-insaf (PTI) vowed to boost the economy of the country. It is as a matter of tendency, paramount loans following over the head of PTI, here it anxiously affirmed is of the downfall of economy bequeathed by the past ruling parties unquestionably. but something that I, including the whole community of common people, pertaining to ask if what it (PTI) has yet done ameliorate the dire situation of the state. Presently the economy of Pakistan has almost sunk. The possibility and credibility of current economic strategy is far cry from, with this crippling government under the destabilized policies accounted. Pakistan has left nothing to go through IMF courses and now caged by the traps of loans it never imagined how intensely it would choke the neck. The mechanism of economic growth has got stains for so. Considering all the scenarios, Pakistan’s economy is in a quagmire and being trapped deeper.

In that case, PM also proclaimed that he will not take money or aid from International bodies or other countries. Right after being elected, it is correspondingly important to add, Pakistan is going to leave no country uncalled for money to be economically stable and relief from IMF bailouts in verbal stance only. Saudi Arabia, the United Arab Emirates and China are already listed countries that asked for friendly loans. We can now only make both ends meet.

At last, we have heard Imran Khan hundreds of times standing on containers telling about the weak governance of that time. He used to criticize the governments for each and everything. Gone are the days, he used to stand against the baseless high bills of gas, electricity and water. Education and Healthcare were his top priorities but now, those words have become solely hollow promises. When will we get the ball rolling?