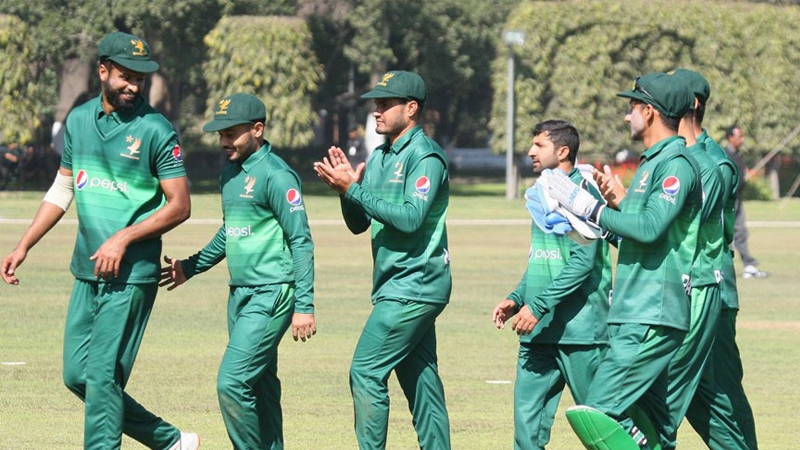 LAHORE: An unbeaten 91-run stand between Imran Rafiq and HasanMohsin and EhsanAdil’s six-wicket haul helped Pakistan Shaheens to a five-wicket win over Marylebone Cricket Club at Aitchison College Ground here Sunday. Imran and Hasan posted unbeaten scores of 66 and 49, respectively, as Shaheens chased down a 205-run target with 30 balls spare. The pair had come together in the 27th over with the scoreboard reading 114 for five. Shaheens lost opener Zeeshan Malik (0) inside the first over. But a 43-run partnership for the second-wicket between Omair Bin Yousaf (25 off 23) and RohailNazir (20 off 17) provided stability to Shaheens’ innings.

MCC’s Oliver Hanoon-Dalby took two wickets for 33 in nine overs. Earlier, EhsanAdil took six wickets for 34 runs as MCC managed 204 for nine in 50 overs. The right-arm pacer struck in the third over and picked up the prized scalp of Kumar Sangakkara, the MCC captain, in the seventh over to leave MCC side reeling at 23 for two. A 68-run stand for the fourth-wicket between Will Rhodes (27 off 71) and Ross Whiteley (51 off 39) gave MCC the desired momentum, but the partnership was curtailed by Ehsan, who after dismissing Rhodes added three more wickets to his tally. Roelof van der Merwe was not out on 47 from 79 balls. He hit two fours in his stay at the crease. The MCC play Northern, the domestic T20 champions, in a 20-over contest at the Aitchison College Ground on Monday.