The dying art of kashi kari

* Talking about the durability of the craft, he expressed that he is the lion and the lion never surrenders, however he would do his best to keep this art alive 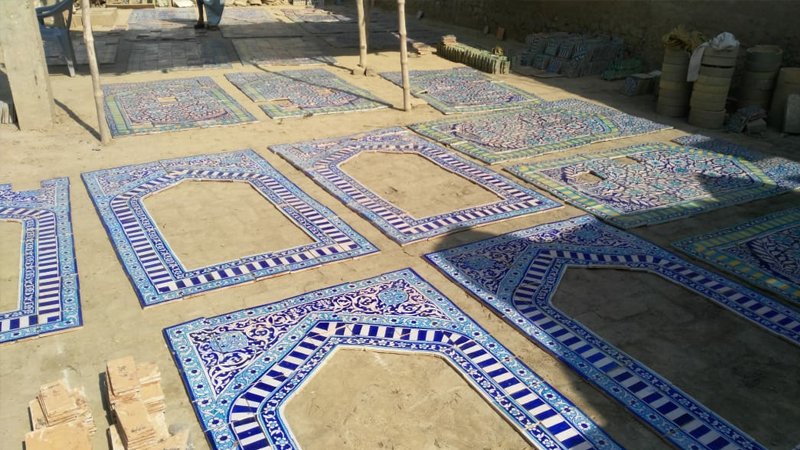 “Most people are unaware of kashi kari which was one of the most prominent crafts in olden days for beautifying architectural elements, mosques, temples, shrines, palaces and pots in Mughal territory which is being forgotten,” said kashigar Ghulam Haider Daudpota who is the founder and chairman of NITA Crafts Development Cooperative Society.

“The government needs to pay attention for reformation this great craft that is unfortunately known by a few at the present time and irony is that the artisans are not paid enough money for their artistic work and efforts”, he lamented.

Talking about the durability of the craft, he expressed that he is the lion and the lion never surrenders, however he would do his best to keep this art alive since he has been working professionally and enthusiastically since 2010.

“Nasarpur has a rich heritage of traditional handiwork that has evolved over the centuries. The range of possibilities in the field of ceramics and kashi work is vast and enough to keep it alive,” he said.

NITA was founded in 2012 aims at promoting this art especially making Blue Kashi Tiles, made by polychrome Kashi Tiles on red clay and white earthen ware. The organization is now focusing on Porcelain Clay body to make the high quality tiles and pottery, tables, mosaic and murals.

The art is being rare, it is a manufacturing activity carried on in people’s homes. Most of the artisans are not paid handsome money, it is therefore their answer is pessimistic and they get to the other work so as to bring their families up. Cottage industry is decreasing day by day, he added.

An artist Imran Ali Daudpota who is a traditional Kashi Tiles expert shared his experience in this field that he has been in this arty world, as it is his passion and trying to save this fine art. further he said, “Our family is doing this work for decades and doing utmost to save and to spread among people who are unaware of this art”.

‘Nasarpur has a rich heritage of traditional handiwork that has evolved over the centuries. The range of possibilities in the field of ceramics and kashi work is vast and enough to keep it alive,’ he said

We request the government to give us space for extending the art since the pupils and learner who come to learn have no accommodation to go the depth of art, even they cannot find the place where to sit. Due to low space in Kashi Kari workshop the students come from Universities have to face discommodities. 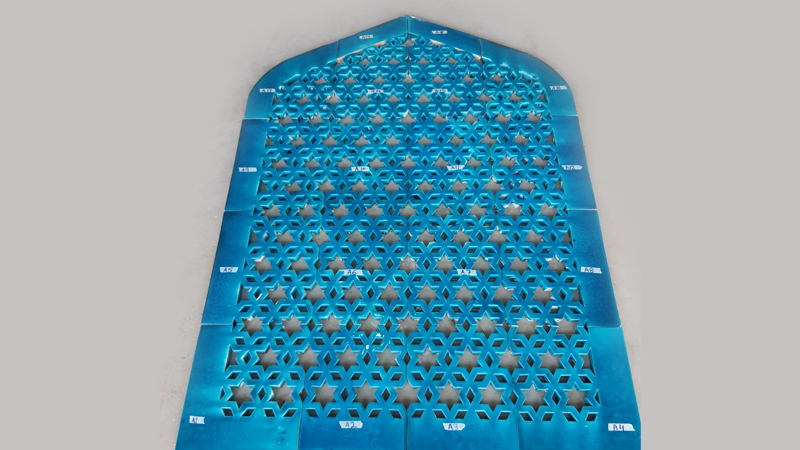 Another Khadim Hussain Kashigar said the process of Kashi Kari requires time, creativity and enthusiasm, but the doers are not appreciated and the majority of people are forgetting its worth and importance such as the calligraphy is almost forgot in several parts of Pakistan.

Hussain added that since childhood he has seen clay around him. He further said, “I was born in a family with a tradition of working in clay from many generations, I was introduced to clay very early in life”

However, in some parts of Pakistan this art is alive and taking its last breaths. Jafarabad is in Balochistan. Punjab includes Lahore and Multan, Hala, Thattha and Nasarpur in Sindh, in Khyber Pakhtunkhwa Dera Ismail Khan and Mahra Sharif. Wet clay is farmed in dyes and kept in traditional oven for getting dried, color is filled or painted and everything is handmade.

Blue Kashi Kari is considered as the old mosaic art grabbing the attention of several. In this regard Nasarpur gets the credibility and NITA is one the well-known organizations to spread Blue Kashi Kari. Hand painting and glazing of earthenware products is the significant art for which this city is well-known in the globe. The foliage’s use and leaves boost the attractiveness mainly in blue color. Tile, fountain, table, pots and walls are highly decorated but require much focus and handwork.

A Kashi Kari devotee Rajab Ali expressed that Majority of the Kashigar don’t seem to be happy for the reason that this art is recognised by a few and they be grad to pay good for their arts.

Daily Times learnt that in the real picture, it is a laborious and taxing job and it’s costly as well however, kashi gar devotees need resources for running the business and unfortunately, they are in lack of facilities.