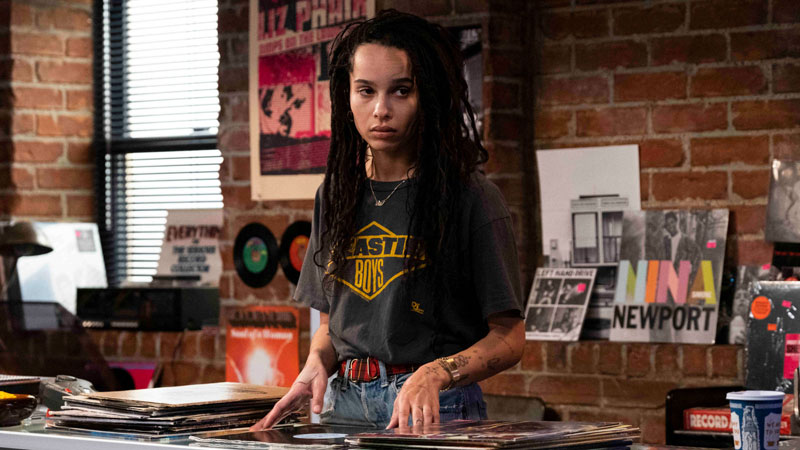 Rob, the record-store-owning hero of Nick Hornby’s classic novel High Fidelity, has strong opinions on many musical subjects, particularly the making and deployment of a great mixtape.

He has rules about what kinds of songs to use, in what order, and believes that structuring the playlist just the right way says more about who he is and what he cares about than anything he could say with his own words.

In the 25 years since the book was published, Hornby’s words have been used and reinterpreted plenty. There was the 2000 High Fidelity film, co-written by and starring John Cusack, and then a 2006 Broadway musical. Now, a new Hulu series casts Zoë Kravitz as Rob. This Rob (née Robin) is a biracial, bisexual woman, but, like her male forebears, she still runs a record shop (this one in Brooklyn), still compulsively makes top-five lists, and is still a disaster romantically. Oh, and she still has strong opinions about making the perfect playlist, telling us, “Like so many things in life, it’s hard to do.”

This High Fidelity – adapted by Sarah Kucserka and Veronica West – deftly straddles the line between faithful cover song and radical reinterpretation. The 10-episode season frequently paraphrases memorable scenes from the book and/or the film, updating the references for the times. Instead of scolding a customer for trying to buy “I Just Called to Say I Love You,” Rob and employees Simon (David H. Holmes) and Cherise (Da’Vine Joy Randolph) debate whether to sell someone a copy of Michael Jackson’s Off the Wall, in light of all the allegations against the late King of Pop. ( 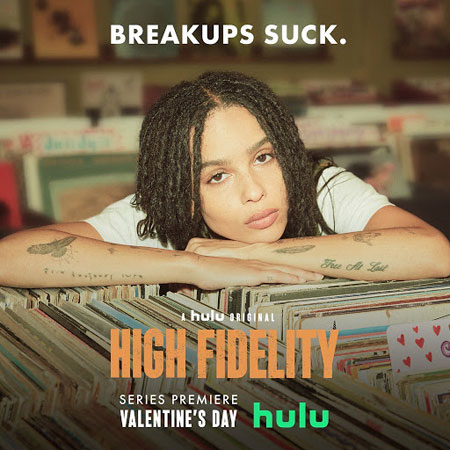 Some of the broad strokes are the same, particularly Rob flailing in the aftermath of her number-one heartbreak, courtesy of ex-fiancé Mac (Kingsley Ben-Adir), but many are tweaked. Simon is another of Rob’s top-five exes – he came out of the closet while they were dating – and while she’s still drawn to Mac, the show presents an alternate path in the form of nice guy Clyde (Jake Lacy), with whom she can’t stop sabotaging things. The season also takes advantage of having five-plus hours to cover. The movie had to cut one of the book’s most entertaining passages – a vengeful wife offers to sell Rob her cheating husband’s priceless record collection for a pittance – while here it’s a whole episode (with a marvelous Parker Posey as the wife) that doubles as a spotlight on Rob and Clyde’s connection. The series takes pleasure in diversions like that, and the chemistry among Kravitz, Holmes, and Randolph makes the record store an inviting hang. (There’s even a terrific episode late in the season told from Simon’s point of view, that in turn has me eager for a potential second season to do the same for Cherise. Funny as Jack Black and Todd Louiso were in the equivalent roles in the movie, Randolph and Holmes get much richer characters to play.)

As the child of a rock star, Kravitz is a natural fit for this world (though it’s a bit distracting when she hooks up with the male equivalent of her real-life mom Lisa Bonet’s character from the High Fidelity film). This is the best, richest role she’s had(*), and she’s every bit as magnetic and funny and messy as the part requires. Rob is arguably the quintessential John Cusack role, but Kravitz winningly steps into those big shoes.

That said, Hornby was writing about a very specific and insufferable flavor of male arrested development and the ways obsessive fandom can become a debilitating crutch for such an overgrown adolescent. Kucserka and West give their Rob different self-destructive hang-ups – emotionally (and with the way her asides to the camera are shot and edited), she resembles Fleabag more than Cusack – which don’t seem as fundamentally connected to her love of music as was the case with prior Robs. Her encyclopedic knowledge is believable (many of the series’ most pleasurable moments come from how clearly everyone involved is a music nerd), but thematically, she could just as easily own a restaurant as a record shop.

Even if this TV mixtape of High Fidelity misses some fundamental ideas behind the source material, it’s still a delight. Is it a top-five show that was previously a book and a movie? That’s a tough list to crack – since it’s competing with M*A*S*H, Friday Night Lights, Hannibal, Watchmen, and The Handmaid’s Tale, among others – but it’s not hard to imagine Rob, Simon, or Cherise making a passionate, entertaining case for its inclusion.