* Talking about the release of this new single, the singer said, 'Baat Adhuri is the perfect fit for this Valentine's Day as it underlines the feeling of going through unrequited love' 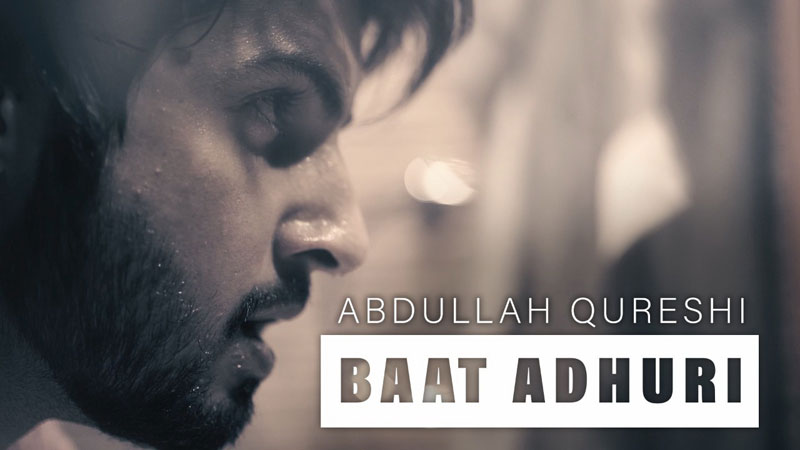 Composed and written by the versatile singer himself, the music video has been directed by Saad Hashmi and produced by Musa Javaid and Waqas Naeem. Apart from the grand orchestral sound and pulsating beat, this Valentine’s Day special song will touch your hearts with its lyrics. The track encapsulates the journey of an unsuccessful love story, about a boy who loves a girl, proposes her, but doesn’t get an answer, hence leaving the “Baat Adhuri.”

Talking about the release of this new single, the singer said, “Baat Adhuri is the perfect fit for this Valentine’s Day as it underlines the feeling of going through unrequited love- something most people can relate to.”

The song has been released on all media platforms and marks as the first single release from the singer in 2020.

Abdullah Qureshi gained popularity when he started out playing for underground rock and metal bands in Islamabad, and eventually started his own YouTube channel. He has some hit singles to his name, including ‘Kali Santro,’ ‘Laapata,’ ‘Awaz Do,’ ‘Daastan,’ and more.

The singer, songwriter, and composer began his musical career with covers and renditions on YouTube and gained immense popularity with his powerful vocals. The star soon took centre stage with his concerts and performances nationwide and abroad. Apart from his hit original “Awaz Do”, from Nescafe Basement season 4, Qureshi has continued his success story with singles including Daastan, Gaai Aasman, Kali Santro, Laapata, and Aaja.