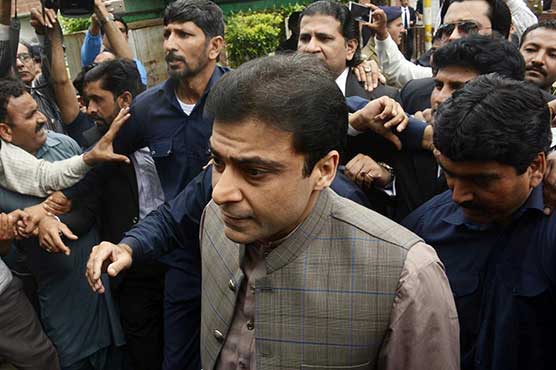 During the hearing conducted earlier today, the judge asked the National Accountability Bureau (NAB) prosecutor about a reference in the same case to which the bureau replied that it would soon submit the report as it’s in the final phase.

Moreover, the prosecutor had submitted complete details of assets of Shehbaz Sharif’s family members in the court with an argument that their assets were beyond their known sources of income.

“Billions of rupees were added to the assets of Shehbaz’s family, whereas Hamza couldn’t provide details of the sources of his income,” he added.

The bench was further told by the NAB that in the year 2018, his assets were found to be worth Rs410 million, whereas he could not prove assets worth Rs380 million, and the money was laundered to Dubai and England, and 40 individuals were involved in the money laundering.