A fundamental issue that continues with aid dependent economies, in most of the underdeveloped countries, is that they are usually supply driven. Local desires and requirements are generally not taken into account, and much of the so-called development is imposed in a top-down fashion. The expectations from foreign aid in recipient countries are hardly fulfilled; rather, the aid has negative impacts in the long run.

Afghanistan, for instance, is one of the largest recipients of foreign aid after the defeat of the Taliban regime in 2001. In the case of Afghanistan, more than 50 percent of the aid is for military or security purposes, and the rest is meant for development. From the amount of foreign assistance allocated for development, around 50 percent goes to salaries of consultants and corporate profits. The cost of hiring a full-time expatriate consultant in Afghanistan is USD 250,000-500,000 a year, which is 200 times higher than the annual salary of an Afghan government official.

“Aid cannot achieve the end of poverty. Only homegrown development base on the dynamism of individuals and firms in free markets can do that”

Inflow of foreign currency in Afghanistan caused the killing of demand for domestic goods, thus incurring loss to businesses. This leads to a vicious cycle of more poverty and more foreign aid. According to a World Bank estimate, poverty rate was 34 percent in 2007-08 and increased to 55 percent in 2016-17. Much of the corruption in Afghanistan is the result of inflow of aid money. Most of the international assistance is invested in logistics and construction. A small share of foreign aid is spent to modernise the agriculture sector, which is a major contributor to the GDP. That also increased the dependency of Afghanistan for food staples.

Ethiopia is another example of one of the largest recipients of foreign aid in recent times. However, in contrast to Afghanistan, most of the international assistance is aimed towards the development sector. Ethiopia enjoyed huge inflows of foreign aid in the name of the Structural Adjustment Programme and Sustainable Poverty Reduction Programme from more than fifteen multilateral sources. A major scandal in Ethiopia was due to foreign aid assisting the ruling party to continue in the government. The judicial reform programme, assisted by Canadian funds, was exposed as a tool to favour the ruling party. Many law students were blacklisted because they showed their concerns against Ethiopian Peoples’ Revolutionary Democratic Front. 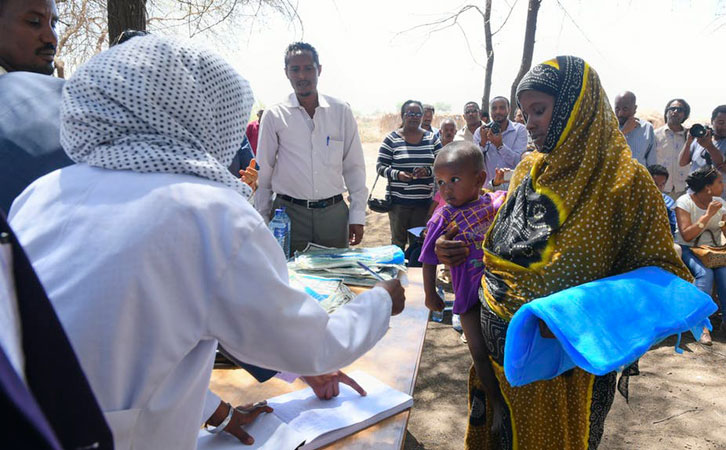 Many donor agencies continued their operation while compromising freedom and justice, which is against the principles of sustainable development. This wide practice by donor agencies further weakened the institutions and increased corruption because they had to utilise their budgets in any way. Dilla is a fertile region in Ethiopia where bananas, papayas, avocados, coffee and other crops are grown. Homegrown staple food was exchanged with foreign food aid, which was surplus in donor countries. Farmers were directed towards the construction industry, and they lost their livelihood in the long run. The same goes for milk and dairy products from the EU.

Pakistan is also one of the largest aid recipient countries, and a huge share of foreign assistance goes towards military and security purposes. After independence, Pakistan’s aid inflows were and still are strongly linked with geo-political interests of donors. Particularly, the focus of the US aid is its geostrategic policies and not the needs of the people of Pakistan. According to the Economic Affairs Division, Pakistan is getting aid from thirty-three bilateral and multilateral partners in the form of grants and soft loans. We need to understand that there is no free lunch, and Pakistan is already too late in adopting self-reliance policies such as enhancing exports through value added goods, development of capital markets, FDI, and strengthening of financial system.

Strings are attached with international development assistance. In a very few cases there is a win-win situation; mostly, the aid recipient countries are disadvantageous in the long run. Huge share of aid goes back to the donor country in the form of jobs and project implementing firms. Benefits to the donor country are not limited to their increase in employment, exports and companies’ profits; rather, they significantly influence to design recipient’s foreign policies in their own benefits.

These countries should take lessons from India that transformed itself from an aid receiving to an aid granting country. Similarly, China reduced poverty significantly without any foreign assistance. The famous economist William Easterly rightly said, “Remember, aid cannot achieve the end of poverty. Only homegrown development base on the dynamism of individuals and firms in free markets can do that.”

The writer is an associate professor at Institute of Business Administration, Karachi