New cases of poliovirus surface in Sindh, Balochistan and KP 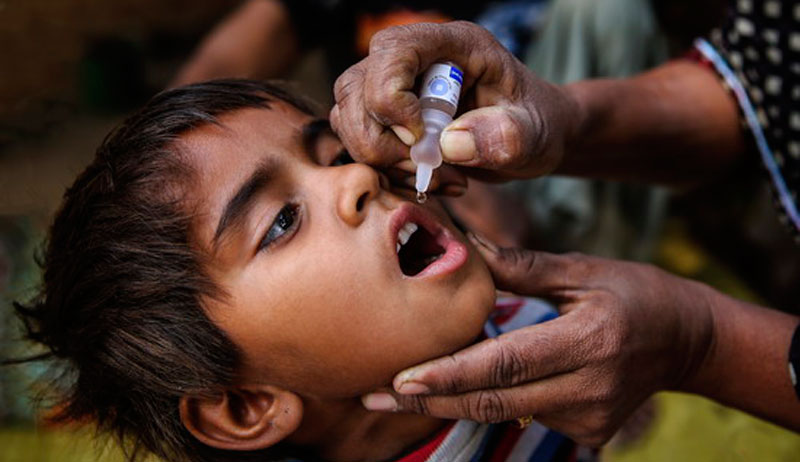 Three new cases of poliovirus were reported from Sindh, Balochistan and Khyber Pakhtunkhwa (KP) on Wednesday increasing the number of infected children to six in current year.

The officials of the health ministry confirmed that a 26-month-old child was detected with poliovirus in Jumo Agham union council of Sindh’s Ratodero. The blood sample of the child had been taken on December 24 last year.

The child, Waqar, son of Wahid Bux Brohi, is a resident of Union Council (UC) Jumo Agham. His right arm and right leg have been affected and he or his family have no travel history. He was given six doses out of which three have been verified by EPI. His S-I and S-II stool samples were collected on 16th and 17th January, 2020, respectively. When contacted the ADHO looking after the charge of District Health Officer, Larkana, Dr Athar Shah, he did not attend the call to confirm the case and provide further details. However, Dr Amanullah Abro, focal person for polio confirmed the detection of polio case. He said the affected family is living in a village called Mithal Brohi in the UC. He said stool samples of other nearby children have also been taken for further analysis.

Meanwhile, another case was reported in Khyber Pakhtunkhwa (KP) province where an 11-month-old child found infected with the disease in Tank district. Sources said the parents of the child had rejected to administer the anti-polio vaccine to the infant.

Sources said the first case of poliovirus in Balochistan during 2020 was also included in the latest figure.

A 20-month-old child also became a victim of the poliovirus in Sikandarabad Union Council of Balochistan’s Dera Murad Jamali. It emerged that the child had been administered anti-polio drops thrice. The sample of the child was taken on January 3 which confirmed the presence of the infection.