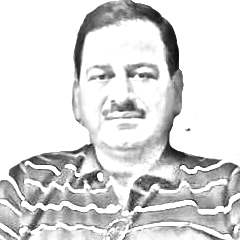 Mysterious dashed hopes of oil and gas discovery in Pakistan

According to the United States Energy Information Administration (EIA), Pakistan may have over 9 billion barrels (1.4×109 cubic meters) of petroleum oil and 105 trillion cubic feet (3.0 trillion cubic meters) in natural gas (including shale gas) reserves. According to media reports of March 2019, if oil deposits were discovered as expected, Pakistan would be among top ten oil-producing countries.

Pakistan currently meets only 15 per cent of its domestic petroleum needs with crude oil production of around 22 million tons; the other 85 per cent is met through imports. During the year 2019, a lot of oil and gas reserve discoveries were announced by different exploration companies in various parts of Pakistan with varying reserves capacity. However, hours after Prime Minister Imran Khan told the nation to expect good news regarding the discovery of oil and gas reserves off Karachi coast, on 18th May 2019, his special assistant on petroleum Nadeem Babar announced that offshore drilling in Kekra-I well had been stopped owing to no oil reserves. Amid much hype, Pakistan was hopeful of finding large oil and gas reserves in its territorial waters in the Arabian Sea. “We have only drilled 18 holes for oil. India had offshore discoveries after 43rd attempt, Libya after 58th, and Norway, another country which nobody believed could have reserves, drilled 78 holes from 1954 to 1963, and then hit it big,” Federal Minister for Maritime Affairs, told Gulf News. He said that hoped and resilience was the way forward as the government would continue to look for alternate resources.

Pakistanis were exceptionally hopeful about finding large oil and gas reserves in the country’s territorial waters in the Arabian Sea. Kekra-1 well at Indus G-Block is located around 280 kilometers southwest of Karachi coast near Iran. The bad news of failure to discover the oil and gas reserves came as a big blow to Prime Minister Imran Khan’s government, which had pinned great expectation on oil discovery and had already celebrated its expected discovery. In March this year, Prime Minister Imran had said Pakistan would not need to import oil after reserves were found near Karachi coast. Imran’s government has been facing tough economic situation since he came into power in August last year, forcing the government to take more loan from IMF with continuous slide down of Pak rupee, with stringent FATF grip around the neck and recent slander against CPEC by American special envoy.

For Kekra-1 project, Oil and Gas Development Company Limited (OGDCL) and Pakistan Petroleum Limited (PPL) also assisted Exxon Mobil and ENI in drilling the oil well, costing over $100 million. At the same time, the officials say, oil and gas E&P is described as a ‘high risk- high reward’ business and the failures should not be taken as a loss. “India found offshore reserves from its ‘Bombay High well’ after 40 attempts,” they add. Nevertheless, sudden closure of the said project after so much puffed up hope did raise some suspicions and public debate, though it remained off media spotlight or without due follow up in the parliament.

Pakistan’s latest dashed hopes may be viewed in the overall global context. At a time when many countries are finally trying to reduce their reliance on fossil fuels, the world is suddenly awash in oil and gas discoveries. But for the countries with the newest finds, many of them in Africa and South America, mineral wealth may not be the bonanza it was in decades past. Large oil and gas companies see long-term prices trending downward.

As a result, they are investing in fields that can be brought into production quickly instead of developing expensive, far-flung reserves. Global natural gas markets, in particular, face a huge glut of resources and projects that must compete against the falling price of renewable energy technologies. As a result, Suriname, Guyana, Mauritania, Mozambique, and a handful of other developing countries with recent fossil fuel finds are in a desperate race against time.

According to data of a recent study, existing deposits in Pakistan will further deplete 60 per cent by the year 2027. It underlined the need to step up exploration in potential areas on a war-footing

Making matters worse for new oil producers, some of the world’s biggest markets, such as China and the European Union have enacted policies that incentivize a rapid move away from oil. France, the United Kingdom, China, and India have all announced future bans on the sale of gasoline-powered cars. And rising targets for renewable energy in the United States, Europe, and Asia have clouded the prospects for natural gas. For all of these reasons, recent finds in the developing world are unlikely to be as lucrative as similar discoveries in the past. Part of the problem is the broader market forces described above. But part of it is mounting hostility from international financial institutions such as the World Bank and the European Investment Bank, both of which have sworn off lending to new fossil fuel projects because of climate change.

The apparent hypocrisy of rich nations swearing off fossil fuels just when many poor nations are discovering their own has fueled debate about how best to balance climate and development goals. Therefore, in the end, markets will determine which new discoveries get exploited and which remain stranded in the ground or underwater. Projects with lower costs will advance further than those with a comparatively higher overhead. That will pit new oil states against wealthy Middle Eastern producers, which have among the lowest oil and gas production costs. At a recent OPEC meeting, the Angolan oil minister reportedly stormed out when his Saudi counterpart suggested that his country, which faces low rates of investment and high production costs should lower production alongside OPEC’s richer members in order to shore up oil prices. Such heated debates among OPEC members reflect the high stakes for countries that depend heavily on oil and gas revenues for their state budgets. For budding oil producers trying to break into that well-heeled club, however, the competition will be tougher than ever.

Above notwithstanding, according to data of a recent study, existing deposits in Pakistan will further deplete 60 per cent by the year 2027. It underlined the need to step up exploration in potential areas on a war-footing. The country is facing a huge current account deficit of up to $18 billion and is spending a substantial amount of foreign exchange reserves on import of oil.