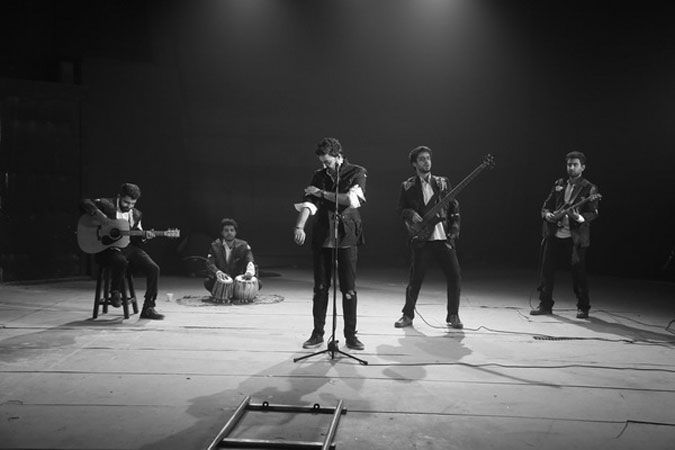 ‘Pepsi Battle of the Bands’ Season 3 winners Bayaan have announce the release of their debut album ‘Suno’ for February 2 at the illustrious Lahore Music Meet festival. The album – a collection of 9 tracks that is a labour of love for the quintet – will be familiar (and hopefully welcome) territory for fans of the band, featuring atmospheric build ups, meaningful lyrics and melodies that are soulful and catchy. Through this album they pay homage to the band’s collective inspirations and influences while staying distinctly Bayaan.

While talking about their album ‘Suno’, the band said, “We can’t put into words how happy and excited we are to finally put this album out there for people to listen to. It’s another milestone in our lives. Depending on which one of us you ask, this album is about life, or perhaps about death, and the journey in between; the listener will have to ultimately decide what it means to them. Any album is a snapshot of where we are in our lives as individuals and as a collective. This album signifies the struggles, challenges, heartbreaks, victories and triumphs of the last two years and the only thing left for us is to start preparing these songs for the stage. We want to thank our fans for their support and patience and all our friends and families for allowing us to do what we do.”

Bayaan is a Pakistani rock band best known as the winner of ‘Pepsi Battle of the Bands’ Season 3 and as one of the bands to emerge out of ‘Nescafe Basement.’ Formed in 2014 and consisting of friends Asfar Hussain on vocals, Haider Abbas on bass, Shahrukh Aslam on guitars, Muqueet Shahzad on guitars and Mansoor Lashari on drums, the group has remained committed to its goal of creating meaningful sincere music and continuing to record, tour and play for audiences everywhere.