Jamaat-i-Islami chief Sirajul Haq has announced a protest today over the surging prices of commodities. 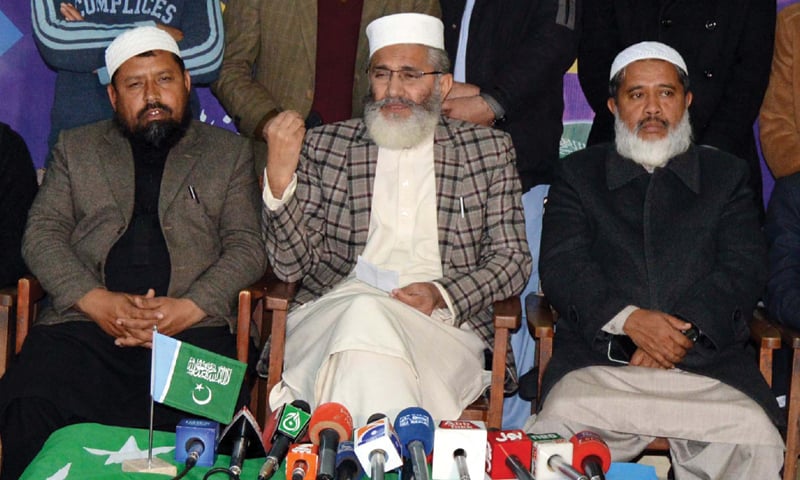 The chief said that he would have to give a call for countrywide strike against the incumbent government which had started stumbling within a period of one and half years, he added.

In this regard, Sirajul Haq urged people to join the protest and carry banners and placards written with slogans against the incumbent government for failing to arrest the culprits behind surging the prices.

Earlier this week, the opposition parties, including Pakistan Muslim League-Nawaz and Pakistan Peoples Party (PPP) staged a token walkout from the house on private members’ day after the treasury benches informed the house that Federal Minister for National Food Security Makhdoom Khusro Bakhtiar could not show up in the house.

The lawmakers also criticized the policy of the government to export wheat, during current fiscal year, without making exact estimates about the demand and supply of the crop what they said that it had no estimates in hand that the country itself needed more wheat this year.