* With a focus on the global south, where ongoing social disaffection is being aggravated by climate change, LB02 responds to the cultural and ecological history of Lahore 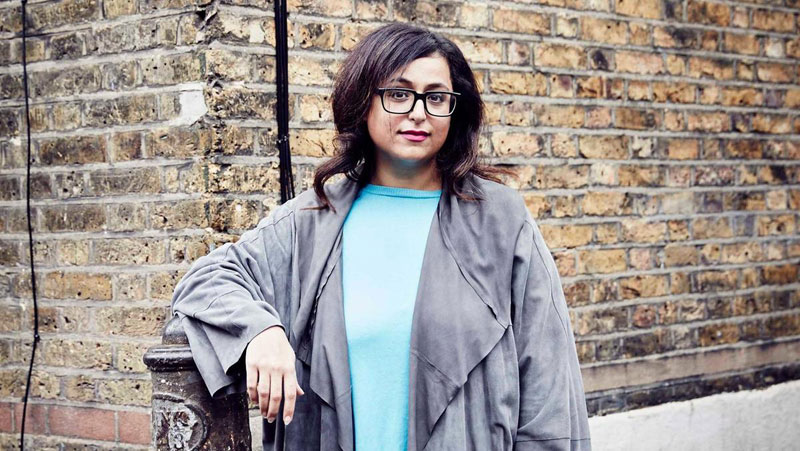 Curated by Hoor Al Qasimi, Director of the Sharjah Art Foundation in Sharjah, United Arab Emirates, LB02: between the sun and the moon brings a plethora of artistic projects to cultural and heritage sites throughout the city of Lahore including more than 20 new commissions by artists from across the region and around the world, including Alia Farid, Diana Al-Hadid, Hassan Hajjaj, Haroon Mirza, Hajra Waheed and Simone Fattal, among many others. Other participating artists include Anwar Saeed, Rasheed Araeen and the late Madiha Aijaz.

With a focus on the global south, where ongoing social disaffection is being aggravated by climate change, LB02 responds to the cultural and ecological history of Lahore and aims to awaken awareness of humanity’s daunting contemporary predicament. Works presented in LB02 will explore human entanglement with the environment while revisiting traditional understandings of the self and their cosmological underpinnings. Inspiration for this thematic focus is drawn from intellectual and cultural exchange between South and West Asia.

“For centuries, inhabitants of these regions oriented themselves with reference to the sun, the moon, and the constellations. How might we reflect on our place within the cosmos today, at this conjuncture of planetary climate crisis and polarities between societies?” said Hoor Al Qasimi, Curator of LB02. “LB02 looks upwards with a view to forging new resonances and new imaginings of the future that encompass the full breadth of its material and virtual possibilities, growing from a tradition of intra-regional mobility of ideas, people, flora and fauna.”

New commissions for LB02 exploring these themes include:

A film by Alia Farid exploring humanity’s multidimensional relationship with animals and the environment. Shot in the fertile alluvial plains of the Indus River and its tributaries in the province of Punjab, this work considers the effect of the partition of the Indian subcontinent in 1947, whilst examining the evolving relationship of locals with waterways.

‘For centuries, inhabitants of these regions oriented themselves with reference to the sun, the moon and the constellations. How might we reflect on our place within the cosmos today, at this conjuncture of planetary climate crisis and polarities between societies?’ said Hoor Al Qasimi, Curator of LB02

An installation and publication by Reem Falaknaz illuminating a little-known cultural link between Pakistan and the UAE in the form of pigeon racing, drawing upon visually arresting profiles of racers, competitions and celebratory photos of winners with their trophies.

Bearing the imprint of epochal transformations spanning the Mughal, Sikh and British eras, as well as its more recent post-Partition sovereignty, Lahore provides a rich and complex urban tapestry for artistic intervention. An important node for the movement of people and ideas, and for material, cultural and environmental exchange since antiquity, this hub of 11 million people is today a leading cultural centre, home to prominent artists, writers, musicians and art institutions.

LB02: between the sun and the moon will install ambitious works of contemporary art throughout cultural heritage sites across the city, including:

Lahore Fort, citadel that dates back to 1566. Constructed on an ancient site by successive Mughal emperors it was famously rebuilt in the 17th century, when the empire was at the summit of its splendor. Later additions were added under the Sikh period. PIA Planetarium, located near Chauburji, the historic gateway to Lahore, the PIA Planetarium was built in the 1980s, when Pakistan International Airlines was renowned as a leading airline in Asia and pioneer of commercial aviation in the Muslim world.

PILAC (Punjab Institute of Language, Art & Culture) was established to promote the art and cultural richness of Punjab, designed by renowned architect Nayyar Ali Dada (1994). Tollinton Market, built in 1864 as a temporary exhibition space for the First Punjab Exhibition Hall has served various purposes over time. Most recently it has been restored into a museum, by architect Sajjad Kausar.

Al Qasimi is President of the International Biennial Association; Chair of the Advisory Board, College of Fine Arts and Design, University of Sharjah; and President of The Africa Institute, Sharjah. Al Qasimi serves on the board of directors for MoMA PS1, New York; Kunst-Werke, Berlin; Ashkal Alwan, Beirut; and Sharjah Architecture Triennial; as well as advisory boards for Khoj, New Delhi; and Darat al Funun, Amman. She is also a member of the Prince Claus Awards Committee (2016-present).

The Lahore Biennale Foundation (LBF) is a non-profit organization based in Lahore, Pakistan, that seeks to provide critical sites for experimentation in the visual arts through its flagship initiative, the Lahore Biennale, and through year-round public art projects presented across Pakistan. Inclusivity, collaboration and public engagement are central to LBF’s mission to support art as an agent of social transformation.